Dusting-up on the cheapest crossover SUV in its class 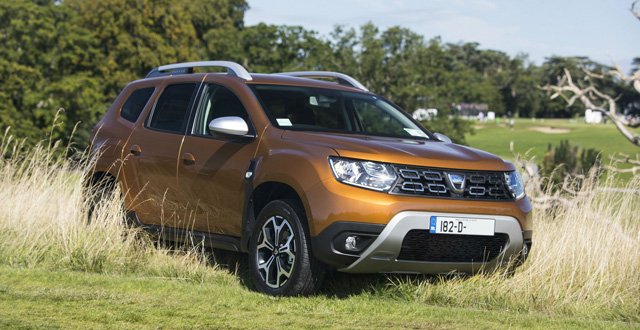 acia’s best-seller is back and it’s packing some fresh exterior styling and an all-new petrol engine. I had the good fortune to be brought to Carton House in Co Kildare for the reveal of Dacia’s new Duster this week, where I took the low-cost crossover SUV on and off the road to try and figure out why they have sold almost two million units of the model internationally.

The Romanian marque, which was bought by Renault in 1999, has seen unexpectedly high sales figures in Ireland, with almost 20,000 cars sold since 2012. Even more impressive is the fact that half of those sold were Dusters. This is possibly because the Duster is the cheapest crossover SUV in its class by quite a margin, with a starting price of  €17,390. That’s for a brand new car with wheels, a roof and an engine, not to mention its bluetooth connectivity and heated driver’s seat. Dacia says it’s “shockingly affordable”, and they’re right. In fact, I saw a watch in Weir’s jewellers recently that was €110 more expensive than this brand new SUV.

However, there is an elephant in the room and I’m going to address it now; the last Duster could only manage three stars on its Euro NCAP safety test and this new version has the same crash rating. Now, the team at Renault did assure me that the NCAP has gotten stricter and that this car, with its reinforced vehicle frame, new seat frames, curtain airbags, automatic headlight activation, blind-spot warning and ultrasound sensors, is much safer than its predecessor. In fairness, any modern car is exponentially safer than driving something from the 90s or even the 00s, but knowing Renault’s history for crash test success, I did expect more stars on the NCAP.

Back to the lovely Carton House, where after lunch and a brief presentation by Product Manager Jeremy Warnock, we set off on the road test. First up was the 1.5-litre diesel, which I took on a half hour jaunt around the local area. I was pleasantly surprised by its simple but adequate interior, which, to be honest, I expected to be rather shoddy. For a car of this price, it was perfectly acceptable and quite utilitarian. The Duster has a lot of interior space, a built-in MediaNav satellite navigation and multimedia, touch-screen display and was rather quiet inside while driving down the narrow country roads. The Duster has 28.6 litres of storage space inside the cabin and 445 litres for the two-wheel-drive, or 376 litres for the 4×4 version.

Next up, I took the all-new 1.6-litre petrol engine out for the off-road segment of the test drive. In hindsight, I should have taken the petrol on the road and the diesel off-road, but that’s not how it played out, unfortunately. Tony, my guide, warned me that the petrol version was a little low on torque compared to its diesel brother and for this reason, it wouldn’t perform as well. However, I can honestly report that I was pleasantly surprised by the gutsy little SUV, as it actually managed to do some legitimate off-roading. It’s no Land Rover Defender or Mercedes G-Wagon, but it was right at home, with its 210mm ground clearance on the rough circuit. The Duster has a 4×4 monitor on its media display that shows the vehicle’s angle, and a compass.

It also has hill descent control that will maintain your speed down some very steep inclines and hill-start assist that stops the car from rolling backwards if you stall on a hill.

<p class=”referencesonrequestMIstyles”><strong>Dacia’s ‘shockingly affordable’ slogan is right on the money with the Duster, which starts at €17,390 for the Essential model with the petrol engine and goes all the way to €24,490 for the Prestige Blue 4×4 diesel version.</strong>