Ford fail to edge ahead with SUV 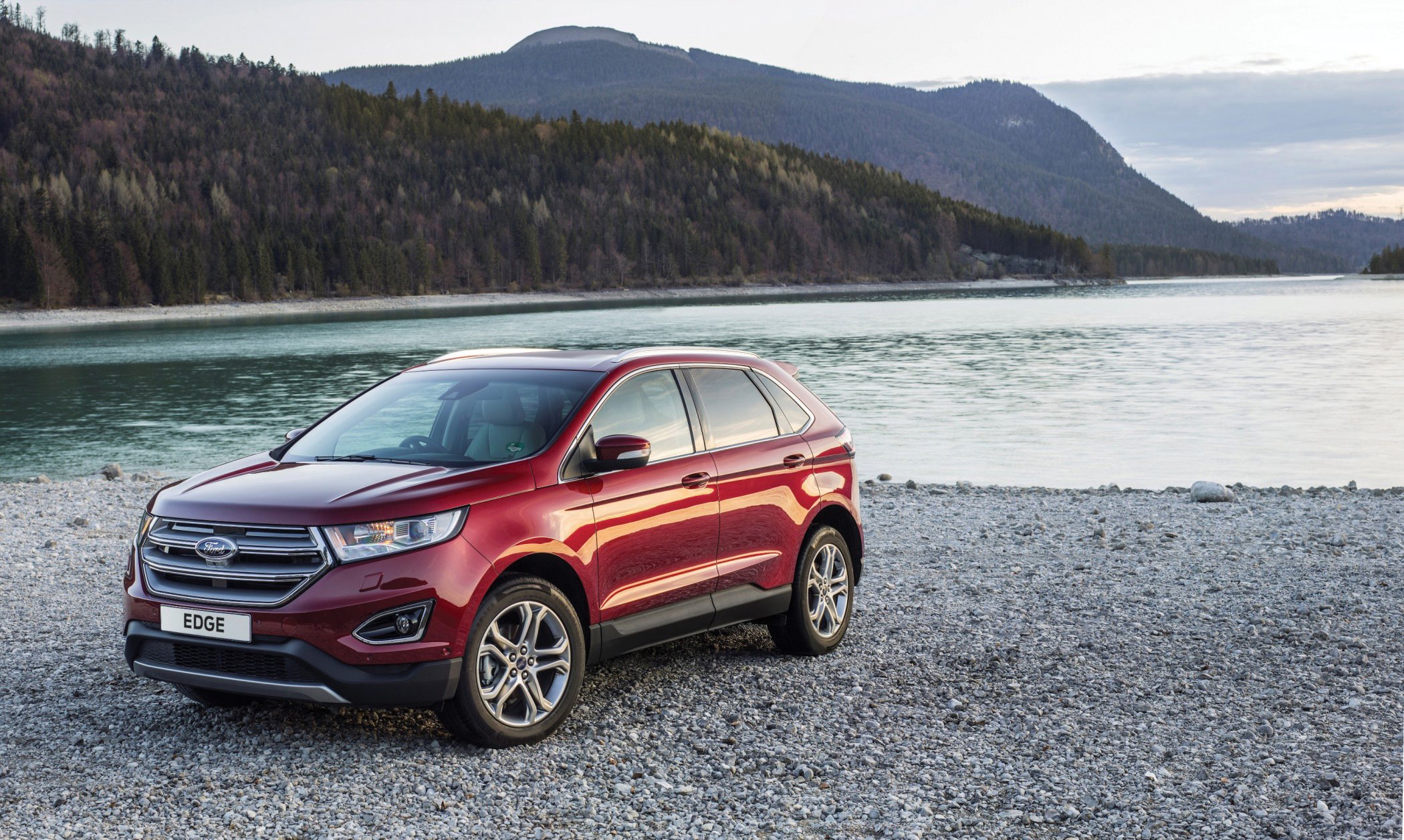 Morgan Flanagan Creagh is not hugely impressed by the Ford Edge

The Ford Edge is a big, bruising, all American SUV that’s competing for
a piece of the European market. When the Edge came to Ireland first it was priced at €55,825, which was more expensive than the Land Rover Discovery Sport, BMW X3 and Audi Q5. I think it’s fair to guess that the standard of competition brought by its rivals was a short, sharp shock to Ford as they have since dropped the starting price down to €47,995. This car, with its comically large cupholders that were big enough to fit cinema popcorn, should have been called the Ford Hank. It’s a suburban cowboy, the type of guy that works in an office and comes in every day wearing boots and a Stetson. The Ford Hank has a big grille and long bonnet, but no real intention to drive cattle across State lines, unlike the other side of the family, the Ford F-Series. In Ireland, where Garth Brooks and the Sunday World country music section are king, the Edge’s big, handsome grille puts the styling of its counterparts in the ha’penny place, as does its interior space, abundance of cubby holes and USB ports. Looking out over the long bonnet, conjures up fantasies of a flag-festooned wooden ranch littered in good-old-boys drinking whiskey and rye; very different from the Tesco carpark I currently see before me.
The Edge has some great safety tech, like the Collision Avoidance System that can detect a slow moving or stationary object, alert the driver and take action to reduce the severity of, or avoid a frontal collision. This, working alongside its Intelligent All- Wheel Drive system, which optimises traction depending on the surface, should give those travelling in the Edge confidence in its safety. It also has Active Noise Control that uses concealed microphones to detect background noise, which is offset by soundwaves played through the car’s speakers to diminish unwanted cabin noise. The Edge has a large centre- mounted infotainment system called the Ford SYNC 3. I found the controls on the steering wheel to be a little bit busy and the system itself a little dimwitted. I also despised the manual gearbox, which felt like it has been pulled straight out of a Transit van. This was a car that had clearly been developed in the US with an automatic transmission that had been reefed out to offer a manual one to the European market. There are only two powertrain options for the Edge, the 2.0-litre Duratorq TDCi, that produces 210hp and is connected to a six-speed Powershift automatic gearbox or the cheaper option of the manual, 180hp 2.0-litre Duratorq TDCi. The Edge also uses the same CD4 chassis developed by engineers in Europe for the Mondeo, Galaxy and SMax. Meaning, despite a little bit of roll at speed in the bends, the car actually handles quite well for a tall SUV. The Edge starts at €47,995 and comes with a range of extras as standard like Keyless Entry with Hands-free Power Tailgate, Dual Zone Climate Control, auto lights and wipers and the safety systems I mentioned earlier. The model I tested was the Ford Edge Titanium that was priced at €52,780 and it boasted a blind spot information system, rear inflatable seat belts, luxury power seats and a panorama roof. The 2.0 TDCi Duratorq felt powerful and produced CO2 emissions of 149g/km, putting the big yank in the €390 C tax band. It’s worth a test drive if you’re into the looks, but there are just too many cheap plastics in the cabin to ignore, which prevents it from having enough of a premium feel to compete with some of its rivals.