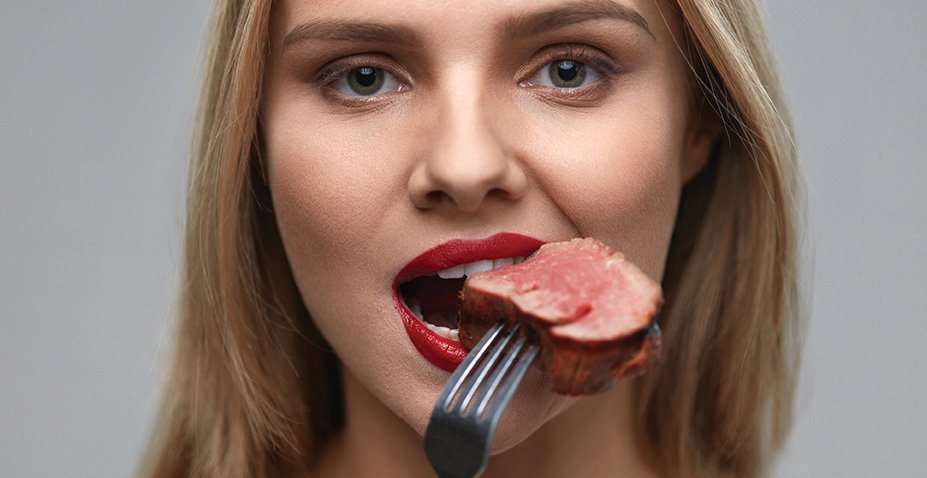 Bearing in mind the ever-increasing emergence of conflicting evidence,
just what impact does eating red meat have on our health?

Whatever about its impact on the planet, eating red meat and processed meat is okay, it would appear. According to the recommendations of an international panel, published recently in the Annals of Internal Medicine, adults should carry on with their current consumption. I have to say that this is cheering news for me, as a keen fan of both red meat and the rasher. I will add that I am no stranger to good charcuterie, even unto an almost daily intake.

This news contrasts with the recommendations of the 2018 EAT Lancet study, which would have us all become virtual vegans. UK-based Dr Zoe Harcombe went through the EAT Lancet diet with a fine-tooth comb and found that what was being advocated, largely unquestioned, would leave people deficient in vitamin B12, retinol, vitamin D, vitamin K, sodium, potassium, calcium and iron.

The diet “lacks the backing of any rigorous science”, in the measured words of Nina Teicholz, the US science writer and author of The Big Fat Surprise. It also appears to have been funded, to a large extent, by companies that have no interest in us enjoying an occasional steak; they make their money by turning unattractive raw materials into processed foods.

If you have ever looked at the list of ingredients of a vegan ‘burger’, you will know that it was produced in something much closer to a laboratory than a kitchen.

The EAT Lancet commission was presented as an international coalition of scientists, a broad church of nutrition experts. In fact, more than 80 per cent of them have long argued in favour of vegetarian or vegan diets and against meat consumption. This despite the fact that there is no rigorous data, involving humans, to show that meat consumption causes disease. Naturally, I’m talking clinical trials, not the vague epidemiological studies that can be made to support virtually anything.

But what about the general advice that we must all stop eating meat in order to save the planet? Well, we have evolved to eat meat — just look at human teeth — so going herbivore may have serious consequences for us omnivores.

I’m aware of the argument that it takes 110,000 litres of water to produce 1kg of meat protein but I think it needs to be put in the context of what I can see from my desk as I type this: Beef cattle grazing a very green field, which has been watered solely with our plentiful Irish rain.

Yes, of course, not all meat is the same but I think it’s time that we took a proper pride in our Irish grass-fed beef and lamb.

Speaking of revelling in meat, a paper published in The Lancet in 2017, based on the eating habits of 135,000 people, came to a conclusion so shocking to dietitians that many — perhaps most — of them are still in denial.

In a nutshell, it said that eating lots of carbohydrates can kill you (a 28 per cent risk of premature death), while avoiding saturated fat increases your chances of dying early by 13 per cent.

Not only does this strongly suggest that the demonised saturated fat — butter, lard, beef dripping, to take but three delicious examples — are actually good for you. The study goes on to note that saturated fat intake has “an inverse association with stroke”.

While it’s never a bad idea to receive such studies with a degree of cynicism — there might be a correlation between the colour of people’s socks and certain diseases, but it doesn’t mean their socks are making them sick — this  Lancet study is only the latest such research that suggests high carbohydrate consumption — sugar, pasta, potatoes, processed foods — is harmful to health and fuels the obesity epidemic.

For years, the proponents of the so-called low-carb, high-fat diet (LCHF) remained on the fringes of nutrition science. They are the heirs of William Banting, who was the first to conceive of such an approach to obesity back in Victorian times, and, more recently, of course, the late Dr Atkins of the eponymous diet.

Being misled for 50 years into thinking that saturated fats were bad for us is, to a great extent, thanks to the American researcher Ancel Keys, who engaged in an act of scientific chicanery to “prove” that there was a clear correlation between saturated fat in the diet and heart disease. As there isn’t any such correlation, he had to massage his figures, cherry-picking those that seemed to support his hypothesis and simply ignoring those that didn’t.

That’s not science. That’s cheating, and the problem is that he sounded so convincing that a juggernaut of nutritional opinion started to roll so quickly that Keys’s deeply flawed research was not, for decades, interrogated with proper, objective scientific scrutiny.

Sugar got a free pass, a clean bill of health and the sugar industry, along with the vegetable oil industry, were both quick to fund research supporting Keys’s bogus hypothesis for the simple reason that it was good — exceptionally good — for business. To a large extent, they got what they paid for.

‘Low fat’ became, and remains, a trigger for consumer behaviour. Just look at the ingredients of low-fat products. When you take away fat, you reduce flavour and texture. Fat is replaced with sugar.

So down goes fat consumption and up goes carbohydrate consumption — exactly what that 2017 Lancet paper says is actively bad for us.

By 2014, TIME led with saturated fats again, this time replacing the picture of Dr Keys with a curl of butter in close-up. And underneath: “Eat butter. Scientists labelled fat the enemy. Why they were wrong.”

Also, in 2014, the Annals of Internal Medicine reviewed 72 research studies involving hundreds of thousands of people and found no convincing evidence that saturated fats cause heart disease.

Dr Mashid Dehgan of McMaster University in Canada led the team that produced that 2017 Lancet paper. He believes that if you are getting 60 per cent or more of your daily calories from carbohydrates, you are at risk of dying prematurely.

And that summarises the diet that most people are now eating.