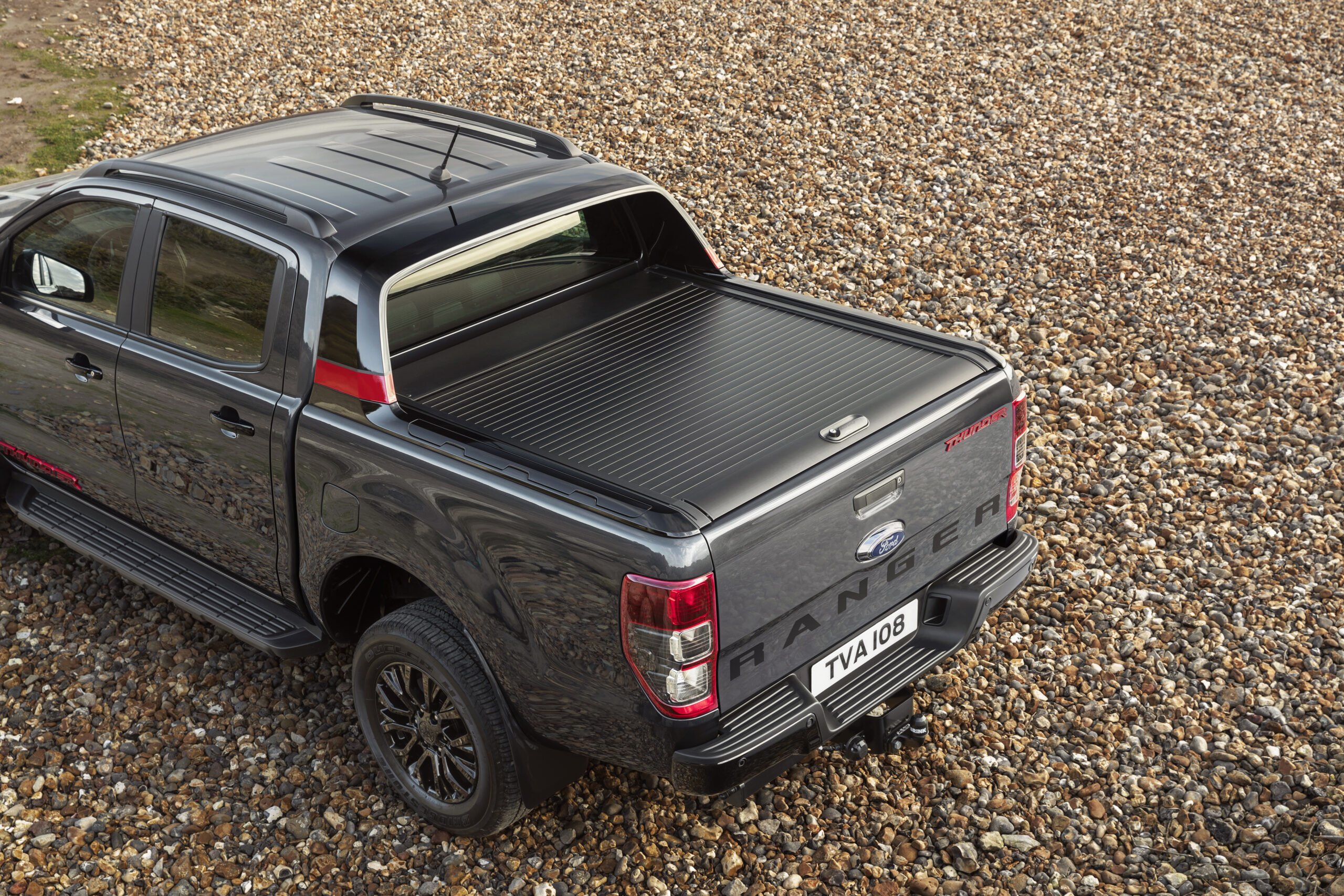 If ever there was a time to put on a baseball cap and set your Spotify to Garth Brooks songs, driving the Ford Ranger Thunder is just that occasion. The Ranger Thunder also has the honour of being the first pickup truck tested for the intrepid readers of the Medical Independent. If you like fishing, hunting, towing, off-roading, and general rural pursuits, well this one is for you and your ‘friends in low places’. Ford has been producing the Ranger since 1983 and it has the accolade of being Europe’s best-selling pickup truck. Aside from the popular entry-level car, Ford has a range of beefed-up Rangers, like the Wildtrak, Thunder, and Raptor. My test car for the week was the wonderful Ranger Thunder, which is the 2020 International Pickup Award winner and is part of a limited run of 4,500 examples across Europe.

The Thunder is powered by Ford’s Bi-Turbo 2.0 litre EcoBlue diesel engine offering 213hp and 500Nm of torque, all running through Ford’s terrific 10-speed automatic gearbox, the same one you’ll find in the F-150 pickup and the Mustang. The Thunder’s fourwheel-drive system is considered to be highly competent off-road, while the motor will deliver fuel efficiency from 7.8 l/100km and CO2 emissions from 205g/km (NEDC), or 9.1l/100km and 239g/km (WLTP).

Despite being optimised for load hauling and its tough four-wheel-drive capability, the Thunder is a comfortable car to drive. Yes, there is tremendous body-roll on curved M50 on-ramps, but other than that it’s a smooth drive. You can even park it in tight, city centre multistorey car parks thanks to the front and rear parking sensors and reverse camera, which are an absolute must from the options list if you buy this vehicle.

The Thunder is as macho looking as they come. The car has a much more beefed-up look than the standard Ranger, looking both taller and broader than the entry-level truck. My super butch test car came in sea grey with 18-inch black alloy wheels and ebony black accents throughout, as well as some cool three-dimensional-effect ‘Thunder’ badges for the driver and front passenger doors and tailgate, with the ‘Ranger’ logo finished in matte black.

“With an edgier look for customers who aren’t afraid to be noticed, the new Ranger Thunder will be an unmistakeable presence on or off the road,” said Mr Hans Schep, General Manager, Commercial Vehicles, Ford of Europe. “This capable, comfortable, and stylish addition to Europe’s best-selling pickup range is as tough and versatile as it is charismatic.”

Inside the car you will find a good-sized touch screen infotainment system, USB ports for Apple Play and Android Auto. The cabin is wrapped in black leather with distinctive ‘Thunder’ red embroidery and matching stitching across the steering wheel, seats, and instrument panel. I suspect that Irish people choose vans over pick-up trucks because they’re concerned about the rear bed turning into a swimming pool or items being stolen from the open back. Well fear no more, as the Ranger Thunder comes with a rolling shutter to protect your wears.

However, there’s nothing to protect your feelings from the spewing vitriol you receive from motorists, cyclists, and pedestrians while driving a giant pickup truck with an English reg, through the narrow streets of inner-city Dublin. The standard entry-level Ford Ranger will set you back around €30,670, while the normal Ranger Thunder will cost €49,772. However, my test car with some additional features like the Thunder performance pack (€2,738), driver assistance pack with park (€1,397), trailer tow pack (€503) and metallic paint (€1,005) comes in a little spicier at €54,611.

But if you are self-employed, the VAT for this commercial vehicle can be claimed back. If you depend on country roads to take you home, then you need to get behind the wheel of a new Ford Ranger Thunder.