The rich, storied history of anaesthesia in Ireland 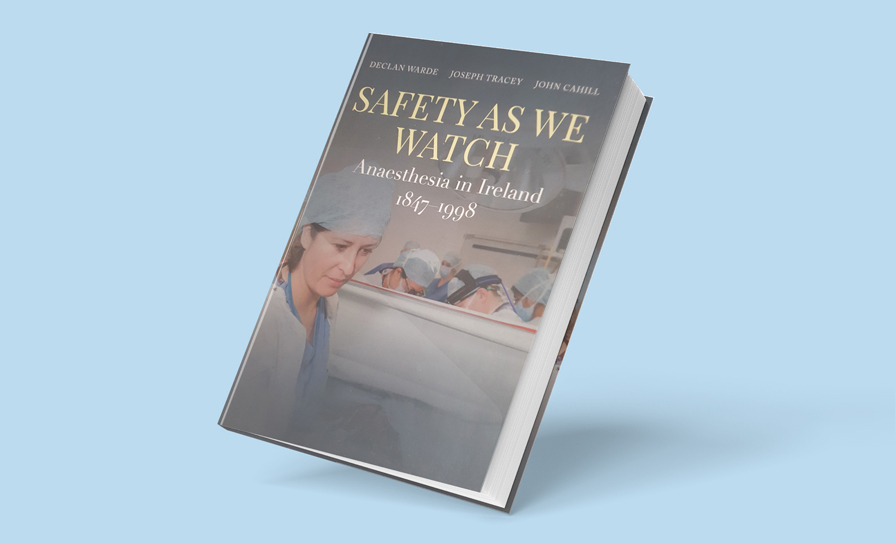 On 1 January 1847, John MacDonnell, surgeon to the Richmond Hospital, Dublin, successfully amputated the arm of 18-year-old Mary Kane without her experiencing any pain. This was the first administration of a general anaesthetic in Ireland. The Pilot, a Dublin newspaper, reported that “the patient, on recovering, stated that she had not been sensible to the slightest pain and had no recollection whatever of the operation”.

MacDonnell had no doubt about the importance of this event. He conveyed his enthusiasm in a case report in The Dublin Medical Press:

“I regard this discovery as one of the most important of the century. It will rank with vaccination and other of the greatest benefits that medical science has bestowed upon man. It adds to the long list of
those benefits, and establishes another claim, in favour of that science, upon the respect and gratitude of mankind.”

MacDonnell was right. Since 1847, anaesthesia has evolved from an apprentice-based craft into a highly technical specialty, essential not only in the operating theatre, but across a growing range of medical settings. Anaesthesia transformed the way surgery is practised, impacted on virtually all areas of clinical work, and continues to open new therapeutic doors. The growth of anaesthesia is one of the most remarkable achievements in the history of medicine, along with vaccination and penicillin.

Safety as we watch presents a history of anaesthesia in Ireland. The book’s title is an English translation of the Latin motto on the coat of arms of the College of Anaesthesiologists of Ireland (CAI): Salus dum Vigilamus. This is a fitting name for a beautiful book that describes the individuals and institutions that led the development of anaesthesia in this country from 1847 to the foundation of the CAI in 1998. The book recounts a rich, storied history, covering the original discovery of anaesthesia, the achievements of MacDonnell and his contemporaries, and the subsequent establishment of anaesthesia as a core branch of medicine in Ireland.

I was especially captivated by the early history of anaesthesia in Ireland. The authors have an encyclopaedic knowledge of 19th Century medical literature, which they use to good effect, with vivid portraits of people, places, and events in medical history. The chapter on women entering the field, by Declan Warde, is particularly interesting and a valuable resource for historians across several disciplines, not just medicine.

Moving to the 20th Century, the book outlines the foundation of the Association of Anaesthetists of Great Britain and Ireland in 1932, the conjoint Diploma in Anaesthetics in 1942, and the establishment of the Faculty of Anaesthetists (RCSI) in 1960. This part of the book will be especially interesting to readers who are involved with training structures and professional organisation in any branch of medicine, not just anaesthesia. There are transferrable lessons here about managing professional groups and developing training programmes that are reliable, robust, and open to change.

The authors of Safety as we watch bring a wealth of knowledge and expertise to their task. Declan Warde was appointed Consultant Paediatric Anaesthetist at Temple Street Children’s University Hospital in 1986. Joseph Tracey was Director of the National Poisons Information Centre at Jervis Street/Beaumont Hospital for 25 years. John Cahill was appointed Consultant Anaesthetist at the Mercy Hospital Cork in 1984, and was elected to council of the CAI. Together, they have produced a valuable, involving book that reflects an inspiring history, which has been largely neglected to date.

Safety as we watch tells the story as far as 1998, when the CAI was founded. Located at 22 Merrion Square, the College has thrived over the past quarter century. As a recognised training body, it is responsible for setting training standards and for the organisation, supervision, and counselling of doctors in training.

Consistent with the distinguished history of its discipline, the College fosters continuing medical education through workshops, a masters degree programme, various training courses, and a range of other educational activities. The Faculty of Pain Medicine was founded in 2008 and the College awards a diploma in this area. Along with the RCPI and the RCSI, the College of Anaesthesiologists of Ireland is a constituent college of the Joint Faculty of Intensive Care Medicine in Ireland, founded in 2009.

Brendan Kelly is Professor of Psychiatry at Trinity College Dublin and author of In Search of Madness: A Psychiatrist’s Travels Through the History of Mental Illness (Gill Books)