The life of one of Ireland’s foremost psychiatrists 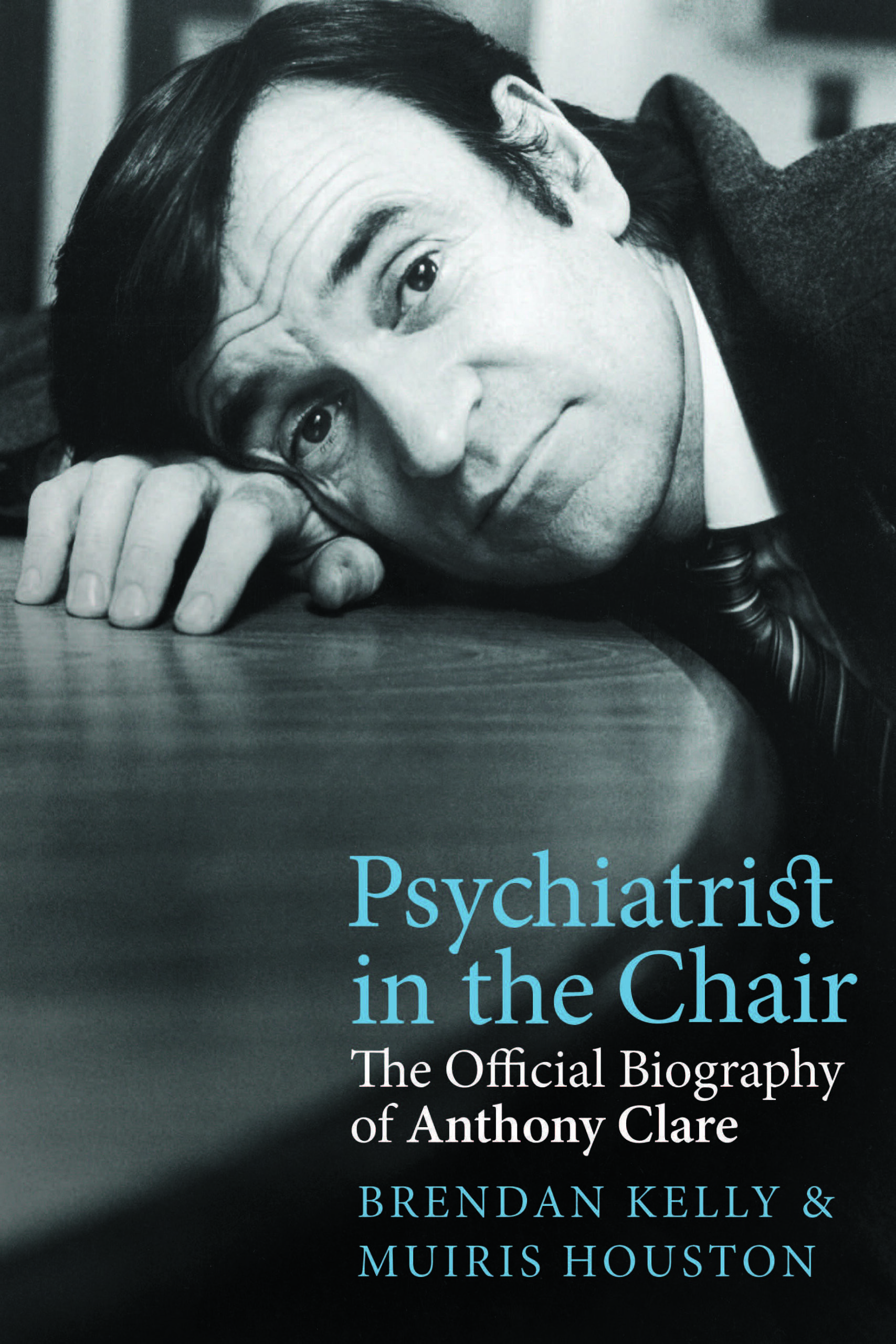 I always flick through the pages of a new book in search of an eye-catching phrase and I quickly found this zinger: as a schoolboy Anthony Clare made “…occasional trips to Northern Ireland where he acquired a taste for Bounty bars…”. Raised in Northern Ireland, where I too acquired a taste for Bounty bars, here was a bond between Clare and myself unknowingly forged decades ago on our adolescent palates.

With my appetite whetted, I began reading, gorged through to the end and, happily sated, congratulate Professor of Psychiatry Brendan Kelly and Adjunct Professor of Narrative Medicine Muiris Houston on an excellent biography. It simultaneously illuminates the life and sparkling career of Prof Anthony Clare and places psychiatry and psychiatric discourse in an appropriate cultural context that will educate and inform specialist and general readers alike.

Further, the authors’ diligence extends far beyond uncovering Clare’s preferences in confectionery, having compiled 20 pages of bibliography and 941 endnotes (I counted).

Born in Dublin in 1942, Clare was the youngest of three children, his father diffident, his mother Agnes… less so. As someone who has had the good fortune to believe – unlike Larkin – that they tuck you up, your mum and dad, it was intriguing to learn how Agnes exerted such an “emotionally formative” influence on her son; to discover that he felt bad about not crying when she died; and enlightening to consider the insights offered on how their relationship may have contributed to the influential psychiatrist’s immense literary and broadcasting output.

Clare was educated at Gonzaga College, followed by University College Dublin (UCD), where he studied medicine and his talent for debating flourished, and where he met his future wife Jane.

After graduation and marriage in 1966, his psychiatric training began at St Patrick’s Hospital Dublin, continuing at the Maudsley and Bethlem Royal Hospital, London. The family home, where the Clares’ seven children were raised, was conveniently nearby.

The authors recount how in 1971 Clare convened – and later chaired – the Association of Psychiatrists in Training, founded in response to concerns over the membership exam for the Royal College of Psychiatrists, established the same year. Clare’s activism, a contemporary observed, was impactful, leading a revolt against trainees having “to pay a lot of money to sit the exam while all sorts of dunderheads were being given the MRCPsych just for being consultants”.

In 1972 Clare was awarded an MPhil for his psychiatric study of Irish
immigrants to London, summarised well by Kelly and Houston, noting “the unremarkable rate of schizophrenia among the migrants that is, in retrospect, the standout finding in this work…”.

Similarly, the authors’ clarity in explaining the salient points of Clare’s 1980 MD thesis – awarded by the National University of Ireland – on the relationship between premenstrual complaints and psychiatric morbidity enriches the reader’s understanding both of the topic itself and of Clare’s rigorous approach to methodology and analysis.

Already recognised by colleagues as “a breath of fresh air” in psychiatry, the publication of Clare’s Psychiatry in Dissent (1976) became a classic, not least for its defence of psychiatry against the challenges posed by the writings of, for example, psychiatrist Thomas Szasz who promoted the “myth of mental illness”, and French philosopher Michel Foucault.

Contextualising Psychiatry in Dissent, the authors describe psychiatry in the 1960s, outline the responses to the book and assess its profound long-term impact. In an Irish Times interview Clare said that he “wanted lay people to read it…”, so I bought a copy.

About half-way through, I enjoy Clare’s enthusiasm for confronting uncomfortable challenges. Thus, he persuasively refutes aspects of the 1973 study of psychologist David Rosenhan and seven colleagues – all sane – who claimed they heard voices and ended up, mainly misdiagnosed with schizophrenia, in mental hospitals.

In 1983, parallel with his appointment as Professor of Psychological Medicine at St Bartholomew’s Hospital, London, Clare’s prodigious literary, scientific, and radio broadcasting output continued apace. His radio series In the Psychiatrist’s Chair, which ran from 1982 to 2001, receives a thorough evaluation from the authors, citing extracts from conversations with guests like Jimmy Savile, Ann Widdecombe, and Esther Rantzen. Interestingly, Jane observes that her husband would never have been a guest: “Not in a million years.”

Clare returned to Ireland in 1989 to become medical director of St Patrick’s Hospital and Clinical Professor in Psychiatry at Trinity College Dublin (his three oldest children remaining in London). His “progressively unmanageable professional engagements” increased, and the authors document some of his “rather frenzied activity” added to his family, televisual, and other commitments.

This reader wondered at the extent to which these may have contributed to his premature death in October 2007. This book is no hagiography and in its closing chapters the authors do not shirk from citing some unflattering assessments of their subject, quoting insights from his friends, family, and critics.

Psychiatry cannot be explained to others – whether psychiatrists, patients, or the public – by equation, but by language: The language of the humanities and as this well-rounded biography affirms, there were few
better exponents than Prof Anthony Clare.