Tales from an insightful GP 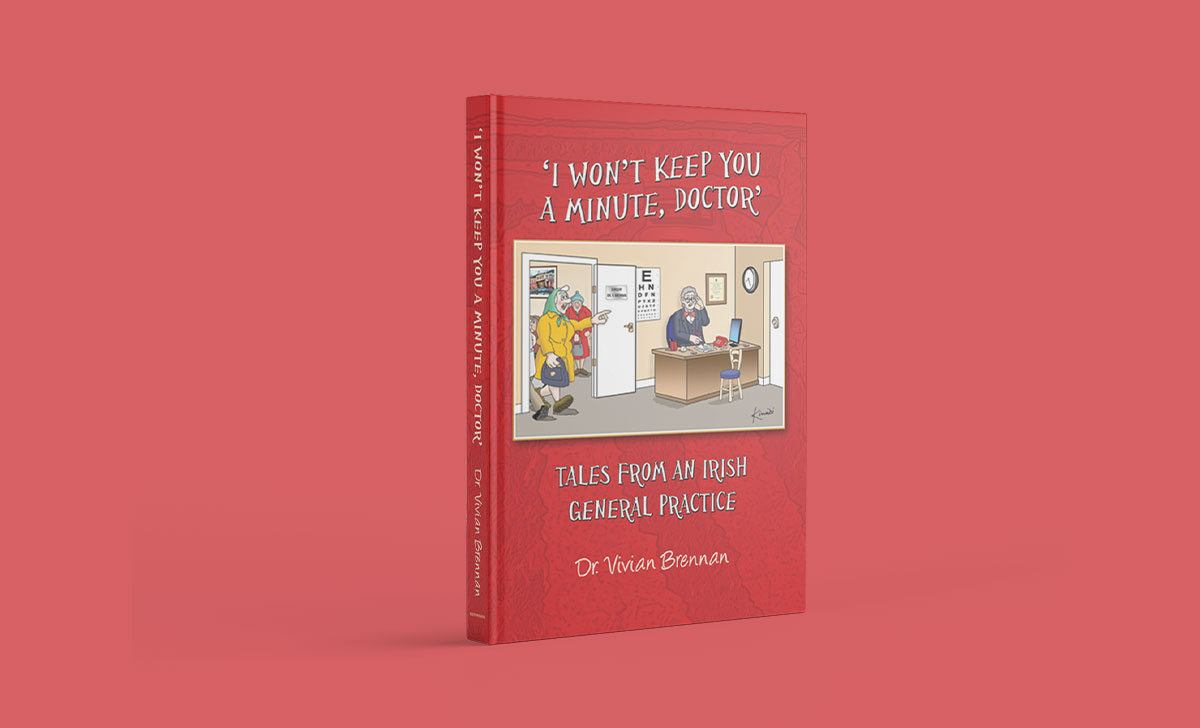 Medicine is an odd pursuit. Each consultation is an intensely human event, unique and unpredictable. The clinical encounter is a negotiation, a search for shared language that links the vocabulary of symptoms with the doctor’s knowledge. Building a common understanding involves discussion, exploration, and a quest to match the patient’s problems with medicine’s potential solutions.

This process is not always easy, and it is inevitably better when it is based on a solid relationship of respect. Cultivating that connection lies at the heart of good medicine. The Covid-19 pandemic has re-emphasised this truth: Medicine is a deeply human endeavour that is rooted in human relationships just as much as science. Remote consultations reinforce this fact: The human connection matters most.

Working through this landscape requires medical knowledge, but also a great deal of skill in dealing with people who are in pain – physical pain, psychological pain, emotional pain, or all three. As a result, being a doctor requires a very particular set of skills that can grow with time, but require constant patient contact if they are to deepen. Experience is key.

William Osler (1849-1919), physician, teacher and one of the founding professors of The Johns Hopkins Hospital in Baltimore, was clear that “the natural method” of learning medicine “begins with the patient, continues with the patient, and ends [with] the patient, using books and lectures as tools, as a means to an end”. He added: “He who studies medicine without books, sails an uncharted sea, but he who studies medicine without patients does not go to sea at all.”

With this in mind, it is a joy and an education to read ‘I Won’t Keep You a Minute, Doctor’: Tales from an Irish General Practice by Dr Vivian Brennan. Brennan worked as a general practitioner in a semi-rural practice in east Galway for almost 40 years. His wife and colleague, Dr Anne Hogan-Brennan, passed away in October 2018. Brennan has now written a book about his practice during “the latter decades of the last century”.

His wife’s name “flits through the pages because she was a part of the story, a most important part”.

Brennan’s book is brim-full of patient stories. Most doctors will be familiar with people like Mrs M, who told Brennan about the time a new doctor tried to change her medication: “A fine doctor he is. I’ve been on the same tablet for the last 10 years and what do you think he did? Well, I’ll tell you what the fine doctor did – he tried to change my tablets! I’m lucky to be still alive. Huh – well he met his match in me, I’ll tell you, a widow going on 10 years. By the time I was finished with him, he was glad to give me the proper prescription!”

Brennan’s descriptions of his patients are invariably good-humoured, but also nuanced and tempered with an appreciation of the embeddedness of illness, suffering, and healing in our lives. Osler again: “It is much more important to know what sort of a patient has a disease than what sort of a disease a patient has.” Brennan shows deep interest in his patients as people. He has a profound respect for their views, their experiences, and their interpretations of their maladies. This is medicine as it should be: Not an abstract set of facts and findings, but a living, breathing thing.

Take this quote from one of Brennan’s patients, as an example: “Ah, Doctor, the bottle would be great. I don’t hold with the tablet for the stomach at all. Tablets might be grand for the arthritis or the pain, but the bottle is the only thing for the stomach and for the chest too.” Brennan is wise enough to understand that the real medicine here is trust, a relationship and solidarity. These are powerful tools, especially when there was no other lasting remedy for this patient’s complaint.

Sometime later, Helicobacter pylori (H. pylori) was identified as the culprit. Brennan’s patient saw this as a validation of his original self-diagnosis (“worms”). Brennan is (again) wise enough to acknowledge medicine’s “misguided belief” that “no bacterium could thrive in an acid medium”. This, he writes, “had indirectly contributed to delays in the treatment of a variety of stomach complaints, ranging from simple indigestion to peptic ulceration, suffered by millions of people.” While Brennan’s patient was not quite right (H. pylori is not “worms”), he was not as wrong as medicine was for many decades. Brennan’s patient was lucky to meet Brennan, with his clear respect for both the patient’s beliefs and the findings of medical science – not to mention the delicate negotiation between the two that lies at the heart of much clinical practice.

In the end, patients are at the centre of Brennan’s book, as they should be, but there are also insights into the nature of medical practice from the doctor’s perspective. One that struck me concerned Brennan’s attendance at a bad accident on the bog. Brennan and colleagues provided urgent care and the patient was eventually taken away by ambulance: “He arrived in hospital with normal blood pressure and relatively pain free. Following a blood transfusion, the amputation site was tidied up. Later, he was fitted with a prosthesis. As he lived well outside our area, that was the last we saw of him.”

That story captures one of the less described features of medical practice: Intense involvement followed by disconnection. That, too, is part of the tapestry of general practice that is so deftly explored in this valuable, educational, and hugely enjoyable book.

Prof Brendan Kelly is Professor of Psychiatry at Trinity College Dublin and author of The Science of Happiness: The Six Principles of a Happy Life and the Seven Strategies For Achieving It (Gill Books, 2021).