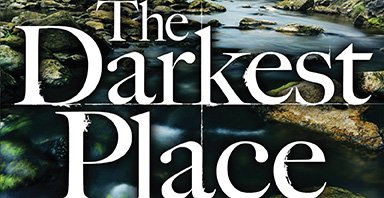 Irish psychiatric hospitals do not feature in Irish fiction nearly as much as one might expect. In the mid-1900s, Ireland had more people in psychiatric hospitals than any other country in the world (per head of population). While that has changed dramatically over the past half century, and our involuntary admission rate is now less than half of that in England, it is still remarkable how few Irish novels or short stories explore the experiences of people in Irish asylums, mental hospitals and related institutions.

There are, of course, certain exceptions, but it is mainly through personal accounts and memoirs, rather than fiction, that we gain the most vivid pictures of the psychiatric institutions. In 1905, for example, a brother-in-law of Irish writer, Sean O’Casey, was committed to the Richmond District Lunatic Asylum at Grangegorman in Dublin, part of the vast network of mental hospitals that sprawled across Ireland for much of the 1800s and 1900s. ‘Benson’ (not his real name) suffered from general paralysis of the insane (GPI), a neuropsychiatric disorder caused by late-stage syphilis. ‘Benson’ died in Grangegorman two years later, leaving a widow and five young children. In his autobiography, Drums Under the Window (1945), O’Casey described Benson’s initial arrival at Grangegorman in vivid, affecting terms, and portrayed the institution as dull, heartless, grey and utterly devoid of hope.

Looking at Irish literature more broadly, there has been interest in the relationship between James Joyce and various psychiatric themes, and asylums or mental illness feature (to varying degrees) in the work of Synge, Yeats, Kate O’Brien, William Trevor, Liam O’Flaherty, Tom Murphy and — most notably — Samuel Beckett.

Against this background, it was with considerable interest that I recently bought and read The Darkest Place, the new mystery novel by Jo Spain. The story commences on Christmas day in 2012, when Detective Chief Inspector Tom Reynolds receives a call and is told that a mass grave has been discovered on Oileán na Coillte, the island that housed the controversial psychiatric institution St Christina’s. The hospital has been closed for decades and on-site graves were common in such places. Reynolds initially feels that his adversarial boss is simply handing him a ‘cold case’ in order to sideline him, but he nonetheless accepts the case with stoicism.

It then transpires that another body has been discovered among the dead — one of the doctors who went missing from the hospital in mysterious circumstances 40 years earlier. He seems to have been brutally murdered. As is the way in such novels, nothing can prepare Reynolds and his team for what they discover once they arrive on the island…

Having spent several years working on a history of psychiatry in Ireland, titled Hearing Voices: The History of Psychiatry in Ireland (Irish Academic Press, 2016), it is fascinating for me to see this same historical story now form the backdrop to a popular crime novel.

And Spain is certainly popular. Her first novel, With Our Blessing, was one of seven books shortlisted in the ‘Richard and Judy Search for a Bestseller’ competition and her first psychological thriller, The Confession, was a number-one bestseller in Ireland. In addition to writing novels, Spain has worked as a party advisor on the economy in the Irish parliament.

But is the new novel any good? The Darkest Place certainly provides much than one might expect from a Jo Spain novel: A good detective story, oodles of mystery, surprises aplenty, and lots of fluent, practiced writing. It is a pleasure to read and Spain tells a fascinating story well with lots of twists and turns, endless intrigue, and so forth. All of the essential ingredients are here.

As for the historical aspects of Spain’s tale, it is important to note that this is a detective story and not a historical text, so it is never going to portray fully the history of the Irish psychiatric hospitals with all of their complexities and contradictions. And it is genuinely heartening to see the history of psychiatry being explored in all kinds of different ways over recent years, through academic work, television documentaries, art exhibitions, and now a popular detective novel.

It is also important to point out that while Spain’s portrayal of the hospital certainly does not lack for drama, she does take the time to highlight the role that families and broader society played in generating admissions, and the local economy’s dependence on the large institution — making the mental hospitals essentially impossible to close for many decades. And the novel’s requirement for crime and dastardly deeds clearly stems primarily from the fact that it is a detective novel rather than anything else.

All told, this is a fine mystery novel based, in part, in a psychiatric hospital and its surrounding community. As such, The Darkest Place now forms part of a growing, broad-based, cultural and historical exploration of a largely ignored slice of Irish social history and is therefore well worth a look.