An engaging history of Irish pathology 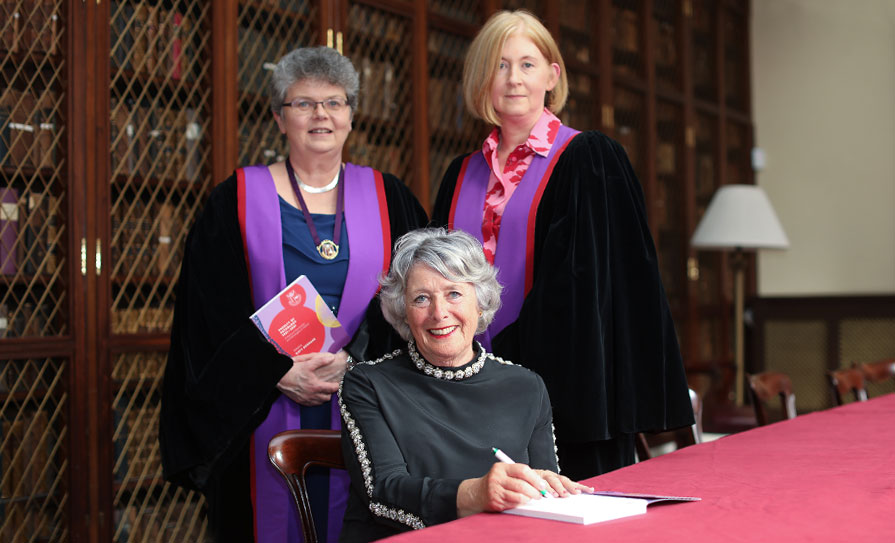 The Faculty of Pathology of the RCPI has just celebrated its 40th anniversary – with the occasion marked by the publication of a history of the faculty. Edited by Prof Katy Keohane, with input from Sean O’Briain, Louise Burke, and Harriet Wheelock, it’s a nicely laid out and engaging body of work.

As Prof Keohane says in her foreword, there is a focus on identifying the earlier pathologists and capturing a flavour of their personalities and work practices. “Some of our predecessors worked under extraordinarily difficult conditions, despite which they made progress,” she notes.

The faculty was established in 1981, when this writer was an undergraduate in Trinity College Dublin. I studied pathology and microbiology as part of third med in 1983 and I was delighted to see some of the leading lights of the time, who taught me in St James’s Hospital, pictured and referenced throughout the book. The inimitable Prof Dermot Hourihane, skilled cartoonist Eamonn Sweeney, and the ever- enthusiastic Sean O’Briain remind me of a tough, but extremely well-taught course. And, of course, the consultant microbiologists – the affable Conor Keane and reflective Eric Mulvihill. Despite my colour-blindness, I took a shine to clinical microbiology, thanks in no small way to these great teachers.

As Prof Keohane says in her foreword, there is a focus on identifying the earlier pathologists and capturing a flavour of their personalities and work practices

And, in an unexpected but welcome completion of a circle (of sorts), in 2018, I became an honorary Fellow of the faculty. Consultant microbiologists Hilary Humphreys and Maeve Doyle were to the fore in my nomination.

There are some interesting nuggets of pathology history throughout the book. In a chapter on regional pathology development, Sean O’Briain notes that many early pathologists worked single-handed. “They sometimes took on a young doctor as an assistant pathologist who learned the discipline by working in the laboratory…. Senior posts were scarce and assistant jobs often were prolonged beyond a reasonable training period; the holders became, in effect, career assistant pathologists.” It seems the plague of medical assistantship ‘beyond a reasonable view’ was not confined to general practice in Ireland.

O’Briain notes how difficult it is to produce a comprehensive list of pathologists who practised in Dublin from the late 18th Century. Wryly, he further notes how, not listed, is Dr Quirke, “a pathologist who practised in a fictional north inner-city hospital during the 1950s and is the central figure in a series of popular novels by John Banville (writing under the pen name of Benjamin Black).”

Conor O’Keane contributes an interesting chapter on the post-mortem and inquest into the death of Republican leader, Thomas Ashe, in 1917. He died in the Mater Hospital after his transfer from Mountjoy prison, after becoming unwell following force-feeding while on hunger strike. O’Keane makes a convincing argument that Ashe died from aspiration pneumonia, a diagnosis that remained unrecognised until the late 1930s.

Of course, the new book also looks at the more recent history of pathology in Ireland. It is well endowed with some excellent photography, a tribute to the detailed editorial research conducted by Prof Keohane and her colleagues.