Above And Beyond Great Expectations 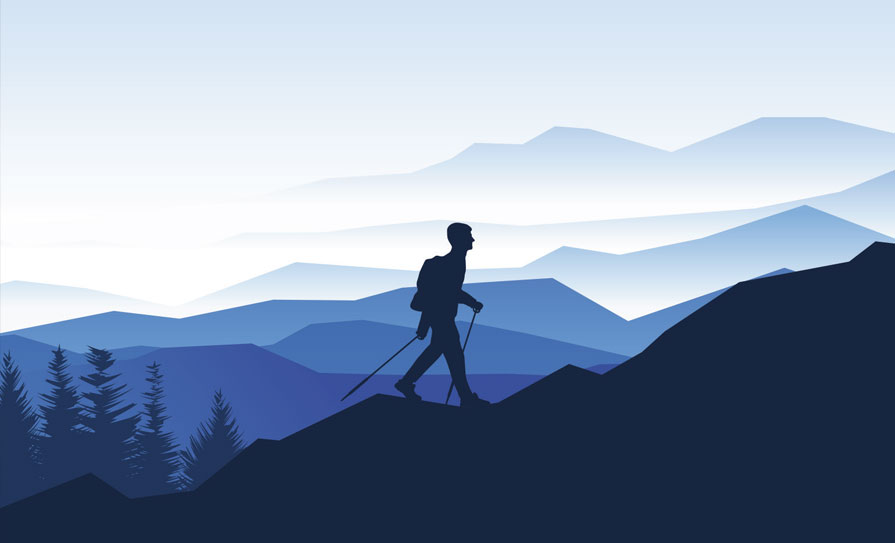 Cerebral palsy (CP) is the commonest motor disability in childhood, affecting around one-in-500 newborns (www. mysupportnetwork.ie), and although Sir William Osler (1849–1928) coined the name, Dr William John Little (1810–1894) was the first to define the condition as a brain injury caused by oxygen deprivation at birth.

Writing in The Lancet, (nih.gov) Dr Richard Barnett makes two important observations, which encourage ref lection when reading David Reilly’s inspirational account of life with CP: First, CP has prompted little historical scholarship: “A curious omission at a time when the recovery of lost voices and experiences lies at the heart of historiographical practice;” and second, well into the 20th Century, the treatment of those with CP ref lected in-built prejudices of late 19th Century western medicine, namely “that intellectual impairment went along with physical disability…”.

No wonder that university graduate David Reilly, BSc, MSc, is a stickler for language, recalling how people considered him to have a learning disability and would “treat me, or talk to me accordingly in a patronising or ignorant way”. As a result, “I spent so much of my childhood trying to show I had a physical disability rather than a learning disability.”

Reilly was born in 1971, and despite the communication difficulties he experienced at primary school in the Scottish market town of Haddington, East Lothian, the author’s parents knew he “was of above average intelligence and that I deserved the same chance of learning as everyone else”. And I suspect it is an understatement when he observes that “[s]chool playgrounds, PE classes, and sports days weren’t much fun for me, and the name-calling and bullying could seem relentless at times”. Despite a protective and supportive older brother, “[t] he name-calling and bullying persisted,” and Reilly’s struggles in mainstream education continued until “it was decided I should go to a special school in Edinburgh”. His behaviour worsened, he was put “into a class of children with learning disabilities”, and eventually a child psychologist diagnosed Reilly with dyslexia: “No wonder I wasn’t able to read or write!”

Here, it is worth recalling the essay ‘Disabling Professions’ by the philosopher Ivan Illich (1926–2002) who writes: “Opinions, beliefs, inferences or persuasions must not stand when in conf lict with the eyewitness – ever. Expert elites become dominant professions only by reversing this rule.” Reilly’s parents were, accordingly, eyewitnesses to their son’s ongoing struggles, yet educational “expert elites” thought they knew best. But the Reillys fought hard to have David’s Record of Needs changed from his having a “significant learning difficulty” to a “significant specific learning difficulty” – dyslexia – and they were the first people to apply “to the Secretary of State for Scotland to arrange for my Record of Need to be formally altered”. With Illich commenting that “one sees how democratic power is subverted by an unquestioned assumption of an all-embracing professionalism”, Beyond Expectation performs an important service in confirming the truth of Illich’s observation.

With plain-spoken eloquence, Reilly charts how having “spent from the age of 11 till the age of 20 in special education” he embarked on further education, first earning a BSc in biotechnology at Dundee’s Abertay University, followed by an MSc in cell and molecular biology at the University of Manchester. The reader gets a measure of Reilly – echoed in the book’s strapline: “grit, determination, resilience” – by learning “how utterly EXHAUSTED I used to become at university trying to track down books and research papers… then up and down stairs within the library…”. And the author doesn’t shy away from describing some bleak moments. For example, returning to Edinburgh from Manchester, Reilly applied for many research posts and PhD studentships, and after learning how funding was withheld from him in favour of a less qualified candidate, he became aware of the phrase disability discrimination for the first time. A consequent loss of self-esteem fuelled a period of problematic drinking.

Yet Reilly, who epitomises Walter Pater’s idea that success in life demands that one burns with a hard gem-like f lame, turned his life around and he acknowledges that counselling and psychotherapy “have been an integral part of my recovery”, central to which was a reconnection with the outdoors, with Reilly extending his horizons beyond conquering f lights of university library stairs. His relationship with Scotland’s landscape is best summarised in the book’s foreword by crime novelist [now Sir] Ian Rankin: “When he’s not cycling through it, he seems to be climbing it!” And as someone who felt rather pleased with himself at having climbed one Munro (a mountain exceeding 3,000 feet in height), to learn that Reilly had topped around 25 of them before completing his first degree, called for a reassessment of the strength of any Pateresque f lame that burns within me.

Embracing the outdoors has led to Reilly establishing himself as a successful editor, filmmaker, and speaker (www.davidventures.co.uk), and Beyond Expectation documents many of his adventures, including a hair-raising section on skiing, which I read through the gaps between my fingers.

Reilly quotes – and embodies – the philosophy of Epictetus: “It’s not what happens to you, but how you react to it that matters.”