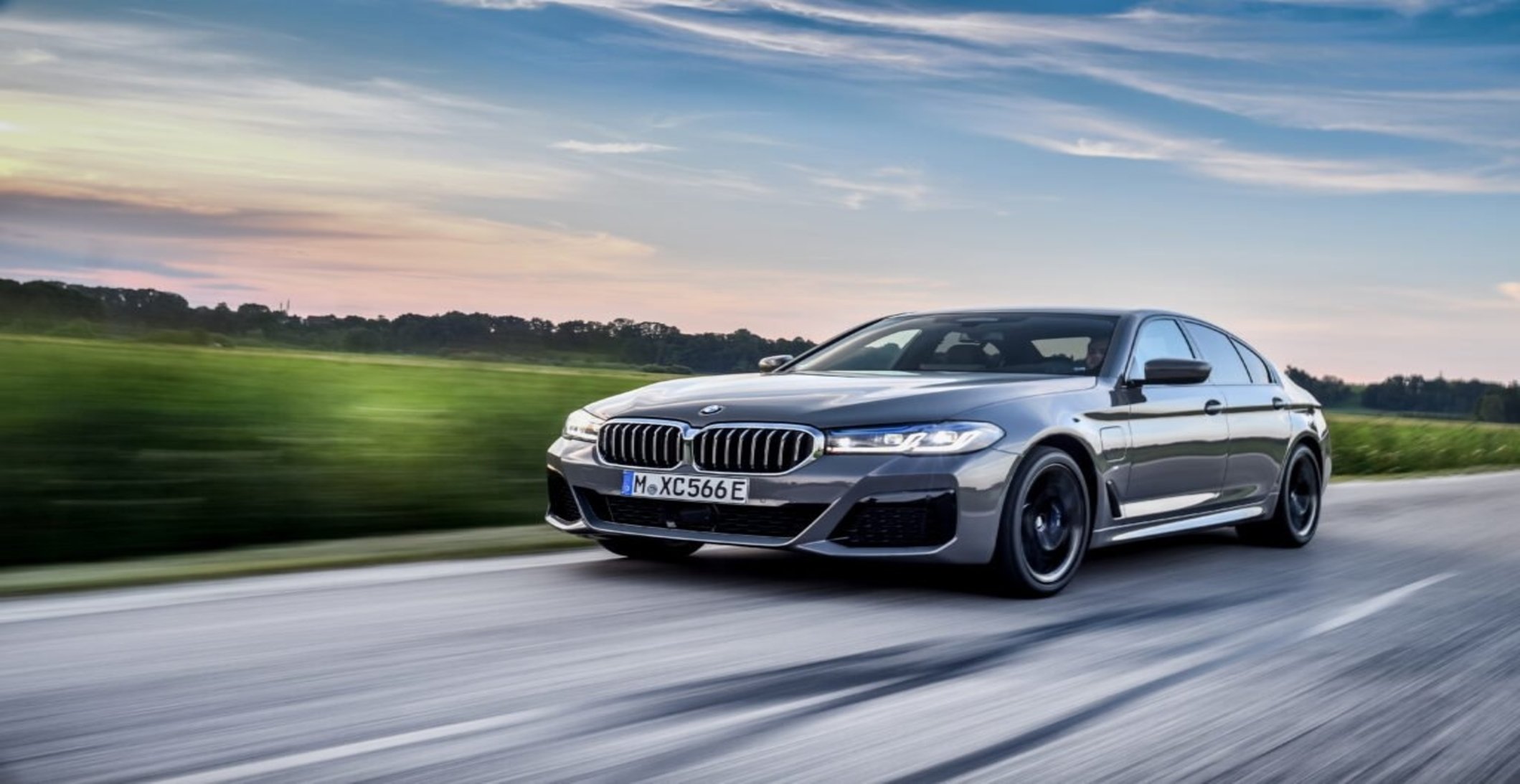 The BMW 5-Series has long been a stalwart of Irish roads. A famous silhouette that adorned parking spots outside buildings through the length and breadth of this country. This year the 5-Series, will increase its hybrid offering from two to five plug-in hybrid models by November 2020.

The hybrid 5-Series was the most successful electrified BMW with 50,000 models sold worldwide in 2019. BMW’s eDrive offerings now include the BMW 530e plug-in hybrid saloon and estate, as well as the top of the range BMW 545e xDrive. This increase in electric models in BMW’s stable is down to the firms 10-year sustainability plan in response to the goals of the Paris climate agreement.

Believe it or not, famed Hollywood composer Hans Zimmer has been involved in the development of this car. He helped to create the new “ready to drive sound”, which is designed to trigger joyful anticipation of the electric drive when the driver enters the vehicle and presses the start/stop button. The sound was specially built for electric BMWs for the purpose of acoustic pedestrian protection, emitted via a speaker system when the vehicle is driving up to 30km/h.

The BMW 545e xDrive features an electric motor that puts out 109hp, which is combined with a twin turbo, six-cylinder petrol engine, which produces 286hp together generating a healthy 394hp. Power is distributed as required to all four wheels via an eight-speed automatic transmission and BMW’s intelligent xDrive four-wheel drive system. Maximum system torque is 600Nm and top speed, according to the press release, is 250km/h, whilst a speed of 140km/h is, reportedly, possible in purely electric operation. From a standstill, the new BMW 545e xDrive accelerates from 0-100km/h in just 4.7 seconds.

According to BMW, the 545e has a purely electric range of 54–57 kilometres and an average fuel consumption of 2.4–2.1litres/100 km. The latest plug-in hybrid 5-Series models are fitted with a 400V lithium-ion battery, which is positioned under the rear seat in order to save space. With a luggage volume of 410 litres, the transport capacity of the BMW 545e xDrive is only slightly smaller than those of other model variants, which are fitted with a conventional engine.

In order to optimise the combination of electric and petrol powerplants, BMW provides the driver with a range of driving modes and supports. These allow the driver to individualise their setup to meet their motoring needs. Hybrid mode is the default setting, which ensures a balanced set-up and an intelligent interaction between combustion engine and electric motor. In hybrid mode the electric motor is utilised at low speeds and when the car is under low-load conditions. This system is linked to the sat-nav, so it can actually adapt to route profiles and other driving situations in an anticipatory manner. As with most hybrid cars, the electric range is topped up by braking, which can be used at a later stage for more emission-free, electric driving.

The new eco-friendly 545e does still pack the famed S-mode. In sport mode the electric motor supports the straight six-cylinder petrol engine, offering up the full 394hp. The set-up is designed for dynamic performance and the gearshift programme is sporty. According to the press release, the sport mode also has its own sound, though I’m not sure if Hans Zimmer developed it.

Although this top of the line electric 5-Series isn’t on the press fleet yet, BMW have arranged for a Medical Independent exclusive test of their new 330e next month. So stay tuned for some in-person motoring coverage.