Study recommends that all GP surgeries should have defibrillators 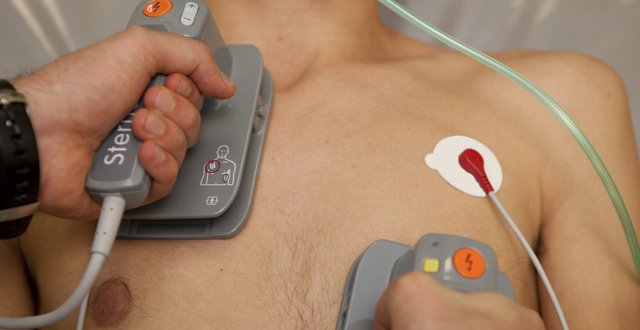 Titled ‘Ten Years of Cardiac Arrest Resuscitation in Irish General Practice’, the article was recently published in the journal <em>Science Direct</em>. Researchers examined 534 patients suffering cardiac arrest in the community for whom resuscitation was attempted. Some 521 general practice settings distributed throughout Ireland, representing approximately one-quarter of all practices and a third of Irish GPs, were included in the study.

The study, according to the authors, “offers an overview of cardiac arrest resuscitation and patient outcome in the Medical Emergency Responders Integration and Training (MERIT) network over the 10-year period from 2006 to 2016”.

The MERIT project was established in UCD in 2004.

The results revealed that over a 10-year period, almost half of participating practices reported one or more cardiac arrests with resuscitation attempts (CARAs).

“A total of 534 CARAs were reported at a variety of locations; 161 (30 per cent) had ROSC (return of spontaneous circulation) at some point, with outcome data available for 147/161; 90 patients survived to hospital discharge,” the results show.

“Most survivors for whom follow-up data are available were discharged home and were completely independent.”