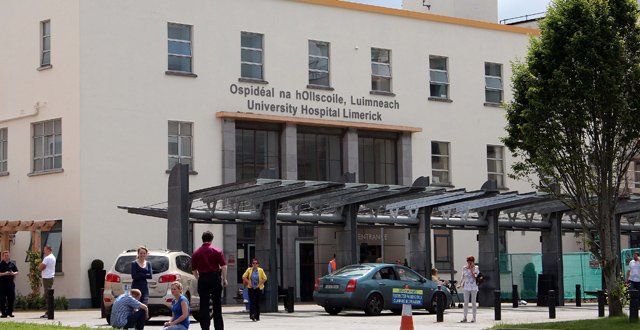 The number of violent incidents which occurred in the University of Limerick (UL) Hospitals Group increased by 97 per cent over a three-year period, figures released to the Medical Independent (MI) reveal.

In UHL, most incidents (86) happened in the emergency department.

The figures show there were 95 incidents against ‘other staff’; 10 against medical staff; six against allied health professionals; and three against catering/housekeeping.

In terms of the type of confrontation, most were physical assaults, which totalled 241.

The majority of incidents (418) did not result in injuries.

In terms of injuries sustained, 76 incidents resulted in ‘general injuries’; 51 musculoskeletal/soft tissue injury; 20 in ‘traumatic/emotional injury’; and one in ‘personal loss’.

The data provided was extracted from the National Incident Management System.

A spokesperson for the group told this newspaper: “UL Hospitals Group takes all incidents of assault and aggression on any party very seriously.  We recognise the need for specific and specialised support for staff who may encounter situations which may have traumatic effect on their personal and professional life.

“We ensure that recording, reporting and reviewing mechanisms in relation to incidents of work-related aggression and violence are understood and actioned as per the HSE policy on management of work-related aggression and violence. Our management keep records of incidents including review/investigations, conclusions reached, actions identified as being required, the person responsible for actions and the timeframes for implementation. Training is made available to all staff by UL Hospitals group including how to manage challenging or aggressive behaviour in the workplace.”

The spokesperson added the Employee Assistance Programme (EAP) provides formal structured support to employees who have experienced stress reactions as a result of a critical incident in the workplace.  The service is provided by trained and experienced counsellors.

Also, the spokesperson said: “We have 24/7 security in place that are contactable if and when an incident occurs to ensure staff safety.”

The UL Hospitals’ data go against the national trend, details of which were recently published in this newspaper.

The number of payments issued to staff under the HSE’s Assault at Work Scheme also declined over this period.