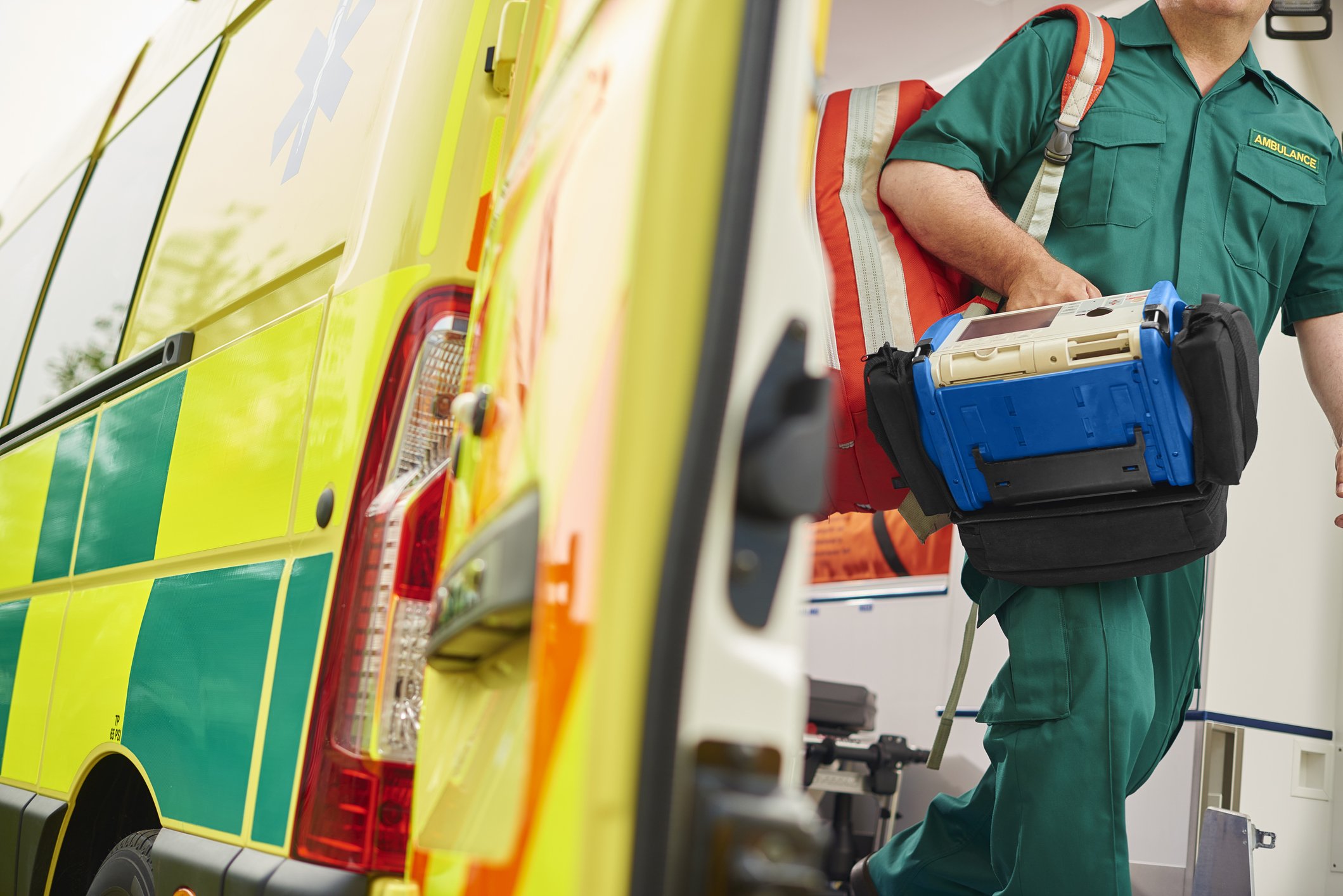 a uk ambulance staff member emerges from the back of an ambulance with his emergency backpack , and vital signs monitor .

Developing further cohorts of community paramedics (CPs) “is not appropriate” until the required regulatory framework is in place, the HSE has informed the Medical Independent (MI). The same situation applies to deploying the role of critical care paramedic, the Executive confirmed. Some 11 CPs are employed by the HSE at present. These paramedics are “considered to be a vanguard group working under the authorisation of the National Ambulance
Service (NAS) Clinical Director”, according to the HSE.

“The Pre-Hospital Emergency Care Council (PHECC) is the professional regulator of paramedic practice and it is understood that primary legislation changes are required to enable PHECC to register and regulate this new specialist level of paramedic practice.” Community paramedicine involves pre-hospital emergency care practitioners operating in expanded roles supporting public health, primary healthcare and preventive services in the community.

The NAS community paramedic service aims to provide broader options for patient care with a focus on treating patients at home. The patients are referred via the National Emergency Operations Centre (NEOC) from 999 calls and GP referrals (received via NEOC). CPs are “autonomous practitioners practicing within an expanded scope of practice”, which was developed and agreed by the Clinical Directors of the NAS, Northern Ireland Ambulance Service and Scottish Ambulance Service in 2017.

The service was implemented by the NAS following a ‘proof of concept’ project supported by Cooperation and Working Together and funded by the Special European Union Project Board. The 11 CPs, who are registered advanced paramedics, are deployed in counties Donegal, Cavan/Monaghan, Dublin, Cork, and Limerick.

Mr Richard Lodge, Director of PHECC, said a legislative deficit is an impediment to the development of this new
branch of paramedicine. More broadly, for several years PHECC has highlighted with the Department of Health (DoH) that legislative deficiencies restrict its ability to adequately regulate pre-hospital emergency services.

“As the absence of adequate legislation is currently the greatest risk to PHECC, and due to its urgency and significance in our Strategic Plan, DoH officials have been informed that the matter will remain as a standard agenda item on all
Council and PHECC/DoH meetings going forward,” Mr Lodge informed MI.