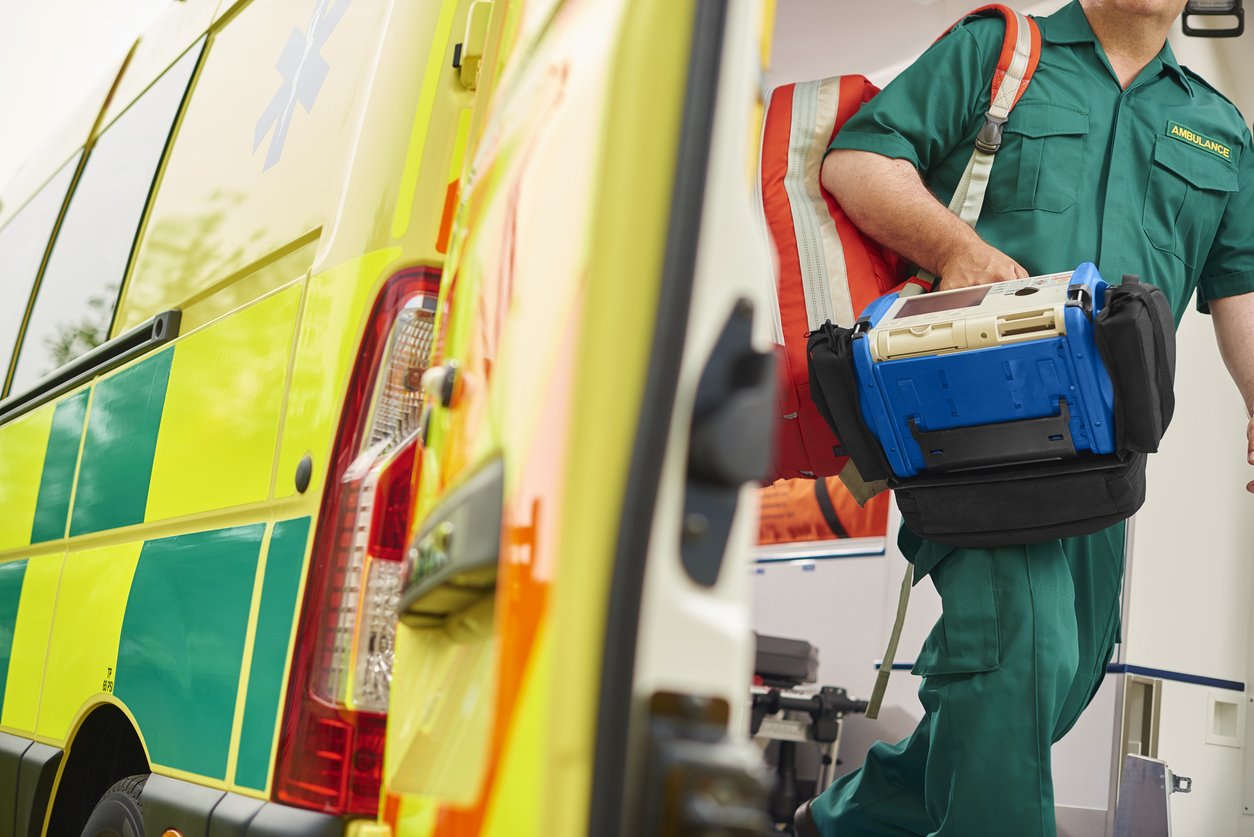 a uk ambulance staff member emerges from the back of an ambulance with his emergency backpack , and vital signs monitor .

The Pre-Hospital Emergency Care Council (PHECC) has “reached the boundaries of existing legislation” in a number of critical areas including mandatory registration and fitness to practise, its Chair “stressed” to Department of Health officials. At a meeting of the Council in November, PHECC’s Chair Dr Jacqueline Burke reported on a recent conversation with Department officials on strengthening PHECC’s legislation, “where she had stressed that PHECC had reached the boundaries of existing legislation specific to matters of protection of title, mandatory registration of practitioners, fitness to practise, and the admission of additional grades to the register”, according to meeting minutes.

As previously reported in the Medical Independent (MI), for several years PHECC has highlighted with the Department that legislative deficiencies restrict its ability to adequately regulate pre-hospital emergency services. Minutes of PHECC’s meeting in November reported that the Chair and executive would further engage with the Department, “sharing both recent legal advice and correspondence from the Chair of the medical advisory committee with Department officials. Further extensive legal work, currently being conducted in support of strengthening PHECC’s legislative position, is expected to be submitted to the Department before year-end with a specific meeting anticipated in early 2022.”

Consideration was given to suspending the community paramedic and critical care paramedic programmes until legislation was in place, as well as the possibility of incorporating PHECC into the existing legislation model/template of other healthcare regulators. In November, the HSE informed MI it was not appropriate to develop further cohorts of community paramedics and critical care paramedics until the required regulatory framework was in place. The Department has previously advised that its officials were considering options to strengthen the regulatory framework governing the delivery of pre-hospital care. “Considerations are ongoing. There is no further information available at this stage,” a spokesperson told MI.