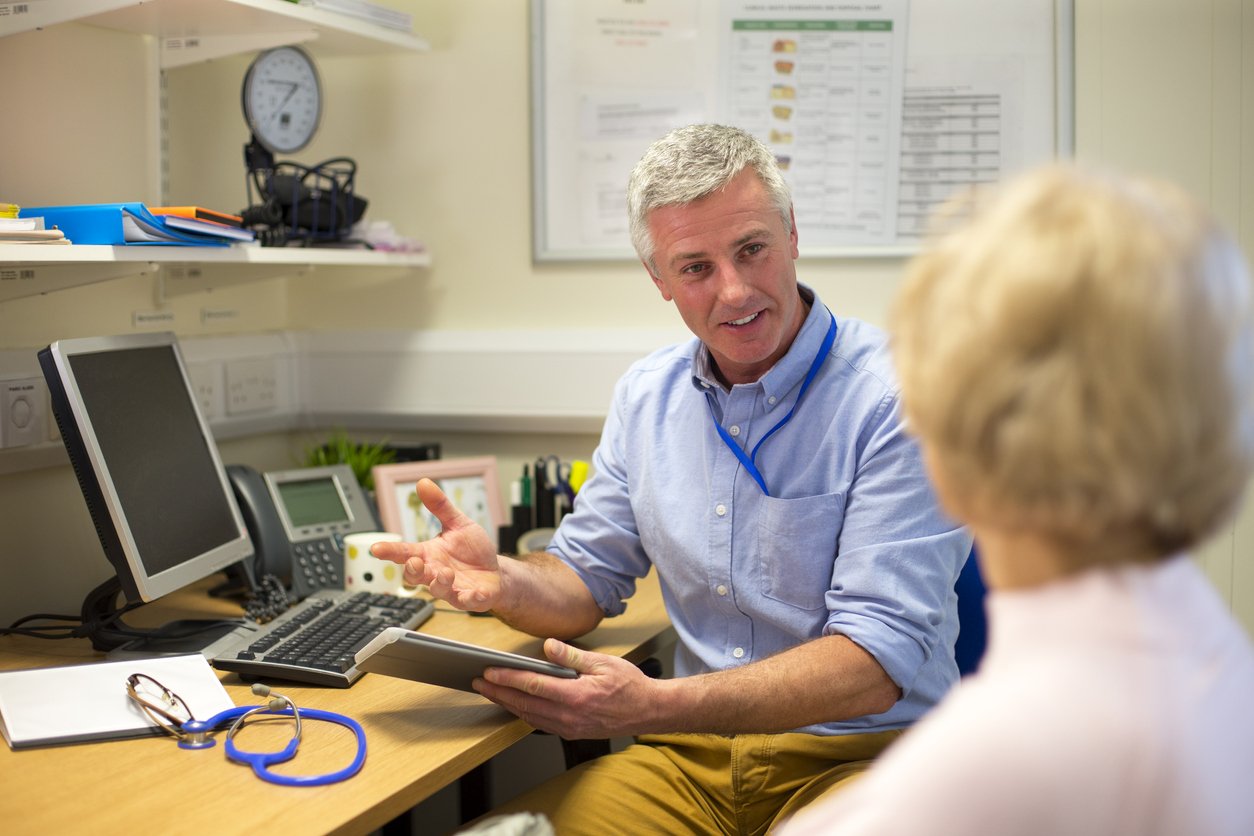 A male doctor sits face to face with an elderly woman. They are in the doctors office . The focus is on the doctor who sits at his desk holding a digital tablet and smiling at the woman. The woman face cannot be seen.

The HSE has issued a warning to GPs that out-of-hours (OOH) claims for consultations during co-op hours of operation cannot be made by co-ops or their members.

The Primary Care Reimbursement Service (PCRS) stated that under a grant funding system introduced at GP co-ops last year, such claims should not be made and will be rejected.

“No out-of-hours or other claims for consultations during co-op hours of operation are claimable by the co-op or their members from the PCRS,” stated the letter on 3 September from Mr Shaun Flanagan, PCRS Assistant National Director.“

“Consequently, the PCRS has introduced a validation mechanism rejecting claims made by co-op members during the hours of operation of grant-aided co-ops.

“The PCRS will also conduct a retrospective review of claims paid to co-op members during co-op hours of operation and having regard to the terms of the agreement on support measures for GP services set out in relevant circulars, will recoup invalid claims.”

Dr Ken Egan, Chairperson of the National Association of GP Co-ops, said talks were underway between co-ops on the future model of funding.