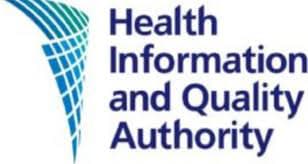 HIQA CEO Mr Phelim Quinn requested confirmation that the meetings will be held in a letter to interim HSE Director General (DG) Mr John Connaghan on 31 May concerning regulatory risk, seen by MI through Freedom of Information legislation.

Mr Quinn was responding to a letter by Mr Connaghan on 26 March, where the interim DG provided assurances around risks identified at University Hospital Kerry (UHK); HSE national structures for overseeing risk; and ongoing engagement.

Mr Quinn noted the actions taken in UHK on foot of concerns previously identified by HIQA.

“In addition, I am also satisfied that we have clarified healthcare risk escalation arrangements in light of recent changes to the HSE structure,” Mr Quinn stated.

Following on from a meeting between HIQA and the HSE on 24 April, Mr Quinn said he would be grateful if Mr Connaghan would confirm the proposed arrangements discussed to establish a six-monthly performance meeting between the two organisations spanning both health and social care services.

“In particular, it would be helpful if you could outline proposed attendees from the HSE for this forum, and a suggested structure and date for the first meeting,” according to Mr Quinn.

“As per our discussions, I believe that such a meeting has the potential to be a helpful measure to complement the aforementioned risk escalation arrangements.”

Finally, Mr Quinn reiterated that in keeping with HIQA’s statutory responsibilities, the Authority’s programme for monitoring for 2018 will continue to seek to determine if required improvement previously identified with Mr Connaghan in a number of mid-sized HSE hospitals are being satisfactorily addressed.

“In particular, HIQA’s monitoring programmes in the area of maternity care, which will commence on-site inspection in Q3 2018, will be of particular relevance to this ongoing evaluation.”

In relation to the meeting, a spokesperson for HIQA confirmed to this newspaper that two meetings have been held between the Authority and the HSE on regulatory risk since the letter was written. Senior members of HIQA management, including the CEO, Director of Regulation, Deputy Chief Inspectors and Heads of Programme and senior HSE management, attended the meetings.

“The meeting is used as a means for HIQA and the HSE to discuss issues identified by HIQA through our regulatory or monitoring work,” according to the spokesperson.

“It provides an opportunity for two-way communication so that the HSE might be fully appraised around risk issues that have been identified in the interest of more timely resolution by the HSE.”