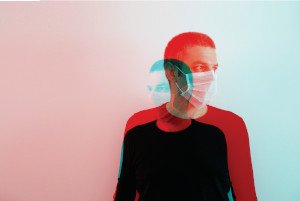 There is a lack of political focus on the national governance of mental health services, according to the Chairperson of the Mental Health Commission (MHC).

MHC Chairperson Mr John Saunders said issues raised by the HSE regarding mental healthcare at the Oireachtas Covid-19 committee were not new for the Commission, according to minutes of an MHC board meeting in July.
He said these issues – care planning, privacy, lack of space, training and staff – have been highlighted for years.

“The Chair expressed concern at the lack of political focus on the national governance of mental health services and an overemphasis on services in politicians’ constituencies,” according to the minutes.

“A number of the members re-emphasised the need for a national approach to the delivery of mental health services and the need for a National Director for Mental Health within the HSE.”

The meeting also heard that there was a lack of clear guidance on admissions for services, in particular where an approved centre was a community service under the governance of Community Operations, while also being a ward or unit within an acute hospital.

It was noted that the average number of patients detained had increased from approximately 310 detained each day for the period March to May to 360 for July.

Also, in a discussion on mental health tribunals, Ms Orla Keane, Secretary to the Commission, highlighted the fact that there had been a marked increase in the number of admissions due to the Covid-19 pandemic.

“This was expected, but it was noted that there had been an unexplained delay in the uptake,” according to the minutes.

It was queried whether the number of patients attending tribunals had been affected due to the hearings being held remotely.

Ms Keane told the meeting that a small number of patients had indicated that they would not attend due to the tribunal being held remotely “but overall there has not been a pronounced change”.

Last month, the mental health advocacy group Mental Health Reform told the Oireachtas sub-committee on mental health that the Government must “seize the opportunity” during the Covid-19 pandemic to prioritise mental health services and supports, or risk significant shortfalls as the long-term mental health impact of the pandemic sets in.

“There is a deep and growing concern that the largest and longest-term consequence of this pandemic will be felt in the significant mental health impact in the months and years ahead,” according to the group’s CEO Ms Fiona Coyle.