Medical Corps members serving in Syria and Lebanon over Christmas 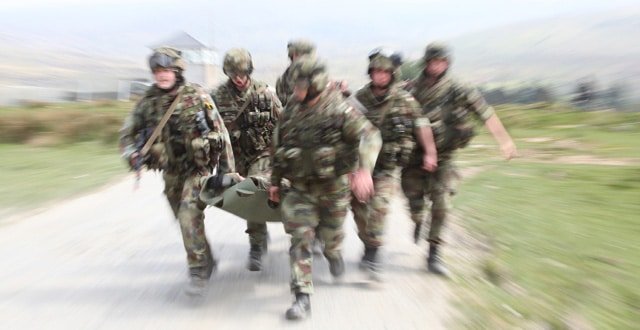 However, a spokesperson for the Defence Forces did not provide exact figures for the number of Medical Corps members who are currently serving in these deployments.

“There are over 190 personnel serving as part of the Medical Corps of Óglaigh na hÉireann in [a] wide variety of roles,” the spokesperson told the Medical independent.

When asked the exact number of Medical Corps members currently serving abroad on mission, the spokesperson said: “We don’t normally go into the exact breakdowns of the specialist appointments in each mission, just an overall number for the group.”

“For further information on a career in the Medical Corps, log on to www.military.ie,” advised its spokesperson.

According to the Defence Forces’ website “a medical officer is a specialist officer who practices medicine within the Defence Forces both at home and overseas. Medical practice focuses on health protection and education, primary care and environmental medicine.

“The role comes with very real physical and mental challenges. In addition to your medical role as an officer you will be expected to lead and manage the personnel of the Medical Corps.”