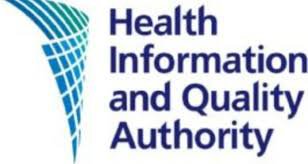 Such appointments are in breach of the provisions of the 2004 Health Act and the National Standards for Safer Better Healthcare and have been identified by HIQA in previous statutory investigations.

“However, it appears the practice has become more common,” according to minutes of a HIQA Board meeting on 5 July, when Head of Healthcare with the Authority Mr Sean Egan delivered a briefing on the issue.

According to the minutes, HIQA has been in contact with the HSE over the past year on the appointment of non-specialist registered consultants, but there has been little progress in addressing the issue.

A recent Fitness to Practice case heard in the High Court has highlighted the issue where the judgement made specific reference to the fact that the consultant had not been registered on the relevant register by the Medical Council and where HIQA’s correspondence with the HSE and the Medical Council was referenced.

“Overall, it was agreed that this is a patient safety issue and it is appropriate for it to be escalated as such,” according to the minutes.

It was noted that the HIQA CEO and the Chief Inspector were to have a meeting with the HSE in the immediate aftermath of the Board meeting, where the issue was to be discussed.

Earlier in the year, the IHCA and the IMO called on Minister for Health Simon Harris to urgently address the appointment of non-specialist doctors to specialist consultant posts, as it is compromising patient safety and care.