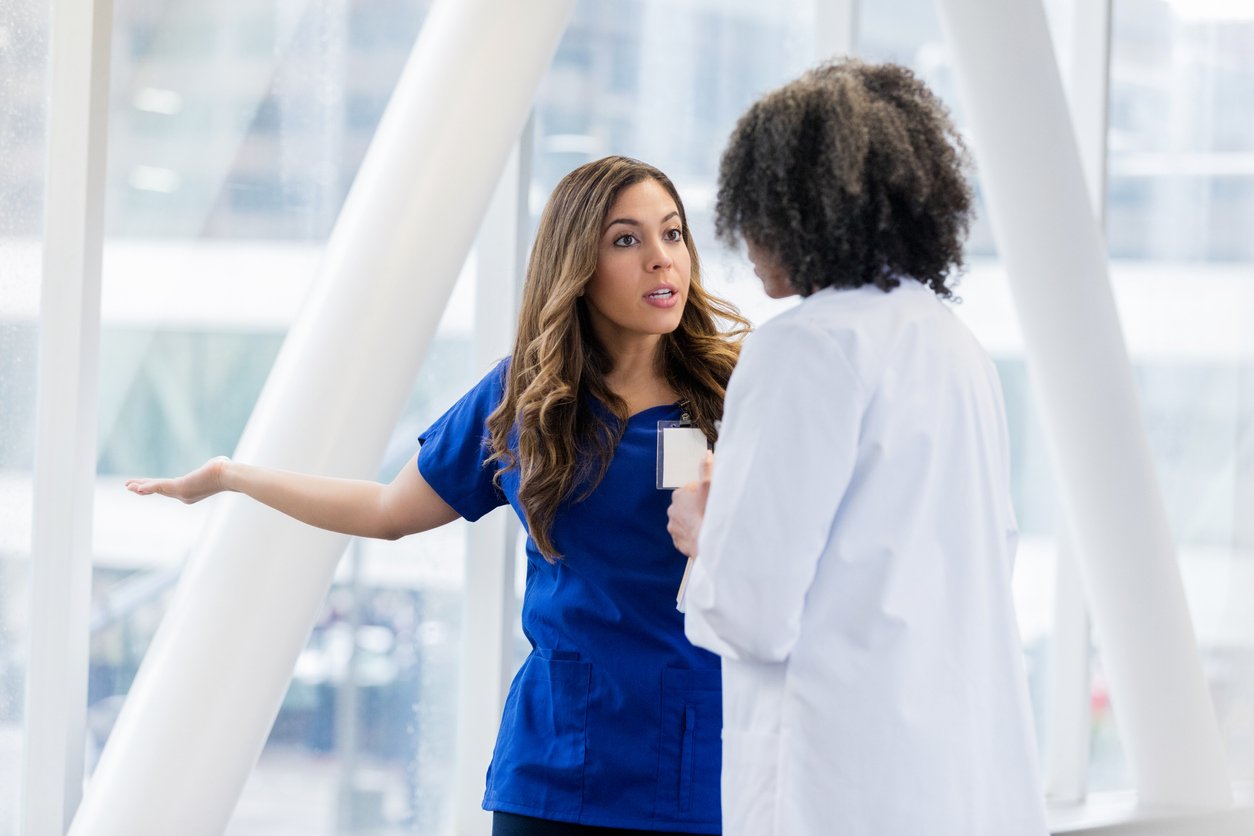 Female healthcare professionals disagree about a patient's diagnosis. A young female doctor argues with a mature female colleague. She gestures with a serious expression on her face.

The existing “lack of managerial accountability” and “conflict between corporate and clinical management” in the health service needs to be addressed as part of reform measures, the Sláintecare Implementation Advisory Council (SIAC) has warned. At its March meeting, the SIAC held a detailed discussion about the implementation of the planned new regional health areas (RHAs). A number of contributors emphasised the “need to ensure proper clinical governance”.

“Existing gaps in governance, including the lack of managerial accountability and the need to tackle the challenge of conflict between corporate and clinical management with respect to resource allocation and maintaining safe care were raised,” according to minutes of the 30 March meeting, seen by the Medical Independent (MI). SIAC Chair Dr Tom Keane said the points raised “highlighted the need for a detailed discussion of clinical governance at SIAC and to develop an understanding of what the Sláintecare objectives are for clinical governance”. During the meeting, SIAC members divided “into three breakout rooms” to discuss aspects of the RHAs.

One group discussed “governance and safe care” and the minutes noted there “was a discussion at the outset around clearly defining whether governance referred to clinical and/or corporate governance and the need to articulate that more clearly”.

“The need to clearly define roles and responsibilities across the health service and its various entities was emphasised,” according to the minutes.

“The question of national consistency, and retaining that in a regionalisation model, was also discussed. Points were also raised regarding the interface of governance and safe care with delivery of a high-quality care and how regionalisation could facilitate the integration of acute and community services.” SIAC members also “noted the need for an evidence and data-based dimension for safe care to be included to facilitate decision-making”.

There was a discussion on the issue of “culture” in regard to accountability and patient safety and “the need to move
from a challenging to a constructive culture”. At its meeting in December, SIAC members strongly disagreed with Minister for Health Stephen Donnelly’s view that progressing the new RHAs should be postponed as a result of the pandemic.

In July 2019, the Government approved the geographies of six new RHAs.

“A programme of work for rolling out the regions was developed pre-Covid in early 2020, but this was understandably delayed as a result of the pandemic,” a Department of Health spokesperson told MI.

“The development of the RHA business case recommenced earlier this year and is being coordinated by the Department.”