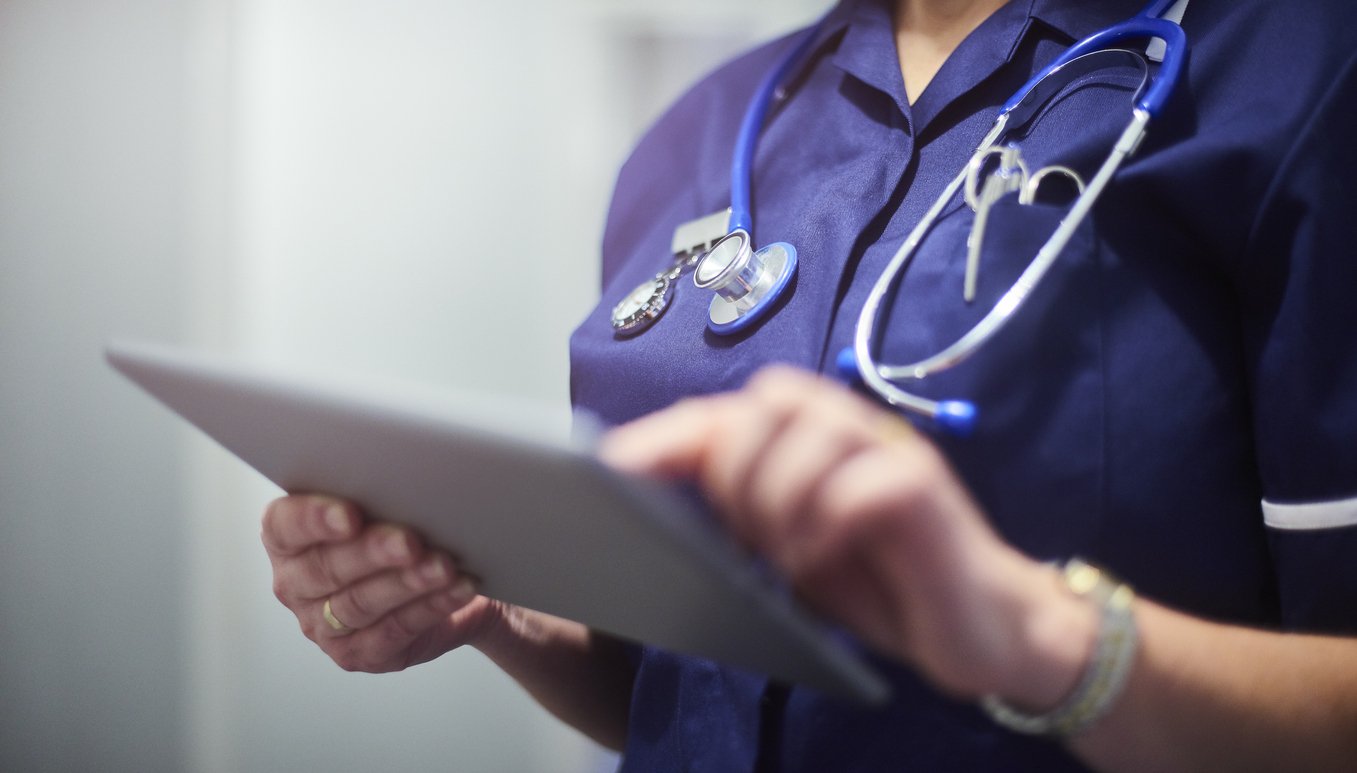 Female surgeon typing on digital tablet in hospital or surgery. She is wearing a dark blue nurse’s top and has her stethoscope around her neck. She is looking at her patients records on her digital tablet and sending emails.

The Irish Society of Specialists in Public Health Medicine (ISSPHM) will soon sign off on its first position paper on “better pandemic control now and into the future”. The ISSPHM was formally launched in December to represent the views of specialists in public health medicine in Ireland. Speaking at the online launch of the ISSPHM, Prof Breda Smyth, Interim Chair of the ISSPHM and Director of Public Health West, HSE, said the Society will “provide a strong cohesive voice for public health medicine”.

“In essence this organisation is to give us our voice as public health practitioners and specialists of public health in Ireland. We need a platform now more than ever to ensure that the voice of specialists in public health medicine is heard and that we are contributing to important debates regarding public health,” she said. Prof Smyth said the ISSPHM was at an “embryonic and exciting stage”. However, she warned that given the impact of the pandemic, “our public health workforce and teams are at a burnout stage.”

“In addition, in Ireland we are engaging in probably one of the most ambitious programmes of reform in the history of
public health medicine in Ireland.” Prof Smyth listed a number of public health challenges for Ireland aside from the pandemic. She cited binge drinking, an ageing population, increasing demands on the health system,
obesity, a rising burden of disease in mental health, and climate change. She also said it was important to respond to the needs of growing migrant and vulnerable populations.

“In order to embrace these public health challenges, we decided to put this Society together,” she added. Prof Smyth said that in recent months the ISSPHM had developed “a robust governance structure”. It had a constitution and processes for developing position papers, statements and engaging with other organisations. IMO President and Specialist in Public Health Medicine, Dr Ina Kelly, also spoke at the launch. She said many doctors “had been wishing for something like this [ISSPHM]” for some time, “but it became really important during this year in the midst of our pandemic work.” She said the Society would need to work “in a strategic way to increase our [public health doctors’] visibility”.

Last May, an historic agreement was signed between the HSE, Department of Health and IMO to establish 84 consultant in public health medicine posts over three phases between June 2021 and December 2023.