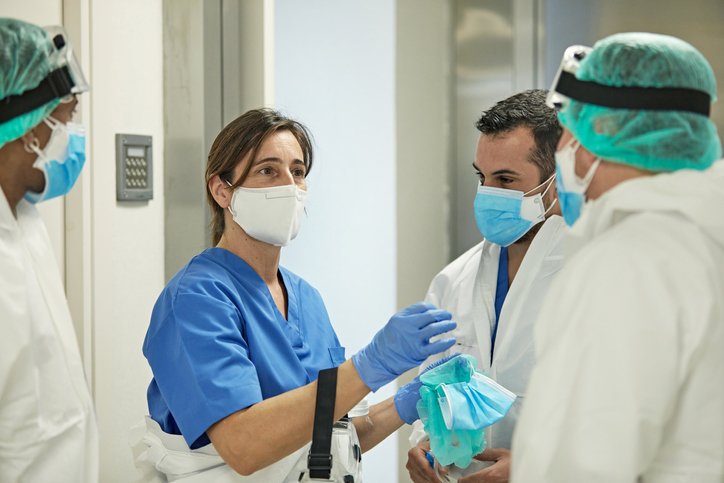 HIQA should be approached to conduct an “independent hospital-wide review” of Letterkenny University Hospital (LUH), the board of Saolta University Health Care Group has suggested.

The matter was raised at the board’s meeting in September 2020, following an update on the most recent meeting of the board quality and patient safety committee, where LUH gynaecology services, the risk register and serious incident management team log were discussed.

“Discussion took place regarding having an independent hospital-wide review of LUH. The board suggested approaching HIQA in relation to this,” stated the minutes.

Saolta had commissioned an independent review, led by Dr John Price, Consultant Obstetrician/Gynaecologist (retired), Belfast Health and Social Care Trust, into the gynaecology service at LUH in response to eight instances of delayed diagnosis in women with endometrial cancer. The review had a particular focus on post-menopausal bleeding pathways.

“LUH is beset with large and worsening waiting lists for both inpatient, day case and outpatient services, and there is evidence that insufficient effort is being made to improve the situation.

“This is illustrated by high ‘Did Not Attend’ (DNA) rates and failure to recommission the obstetric theatre,” noted the review, which was provided to Saolta in May 2020.

In an addendum to the review in July 2020, the independent team expressed their dissatisfaction that LUH and Saolta did not inform them that a histology audit was occurring in parallel, which examined endometrial cancers diagnosed at LUH between 2010 and 2019. This audit referred to 133 women diagnosed with endometrial cancer, and 38 women waiting longer than 100 days from initial referral to diagnosis.

“Notwithstanding that an incident review has yet to be carried out on all women who suffered a delayed diagnosis identified in the audit, it would appear that of the 133 cases of endometrial cancer, that 29 per cent (n=38) of women experienced a delay in diagnosis,” noted the review team.

Correspondence from Saolta stated that 19 per cent (n=25) of women had a delay in diagnosis with a potentially serious consequence. This information was “particularly concerning”, outlined the review team.

HIQA informed the Medical Independent it had not received contact from Saolta in relation to a proposed request for a hospital-wide review of LUH.

A spokesperson for Saolta commented: “We provided a copy of the Dr John Price report, which we received in August, to HIQA. We have had follow-up correspondence with them in relation to the gynaecology service in LUH. We continue to liaise with them on the application of the Safer Better Standards in Healthcare.

The spokesperson said the labour ward operating theatre opened just before Christmas and activity will be increasing “on a phased basis over the next few weeks”.

They added that “significant work” was ongoing to implement the review recommendations. No further cases of delayed diagnosis of endometrial cancer had been identified subsequent to the review, they stated.