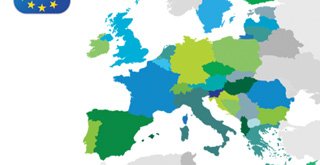 In 2017, reimbursements processed under the directive rose to 2,011, at a cost of €4.4 million to the HSE. The figures for 2017 are full-year figures, according to the HSE, but are subject to change as patients submit documents in arrears, which means costs could increase further.

In 2014, when the scheme was first introduced that June, just seven reimbursements were processed by the HSE, at a cost €29,000.

Northern Ireland, France, Poland, Lithuania and Latvia are the most commonly-used countries under the directive, stated the HSE.

It has also emerged that a number of European citizens living in Ireland are using the CBD to access care in their home countries.

As awareness of the CBD continues to increase, along with the ongoing lengthy hospital waiting lists, now totalling almost 700,000 for inpatient and outpatient procedures across the HSE, the number of patients using the directive looks set to rise further in the future.

However, some GPs have raised concern over referring patients under the directive, citing potential medico-legal risks, and the lack of discharge protocols and follow-up care.

The CBD offers patients the option of receiving healthcare in another EU or European Economic Area (EEA) country, and covers treatments that are publicly-funded and available in Ireland, including inpatient and outpatient treatments.

Some services are not included, however, including organ transplantation, long-term care, nursing home care and public health initiatives.

The cost of the treatment is refunded to the patient by the HSE, but travel, accommodation and other costs are not refundable. It is unlike the Treatment Abroad Scheme, which covers treatments that are not available in Ireland, and may also cover some travel costs.