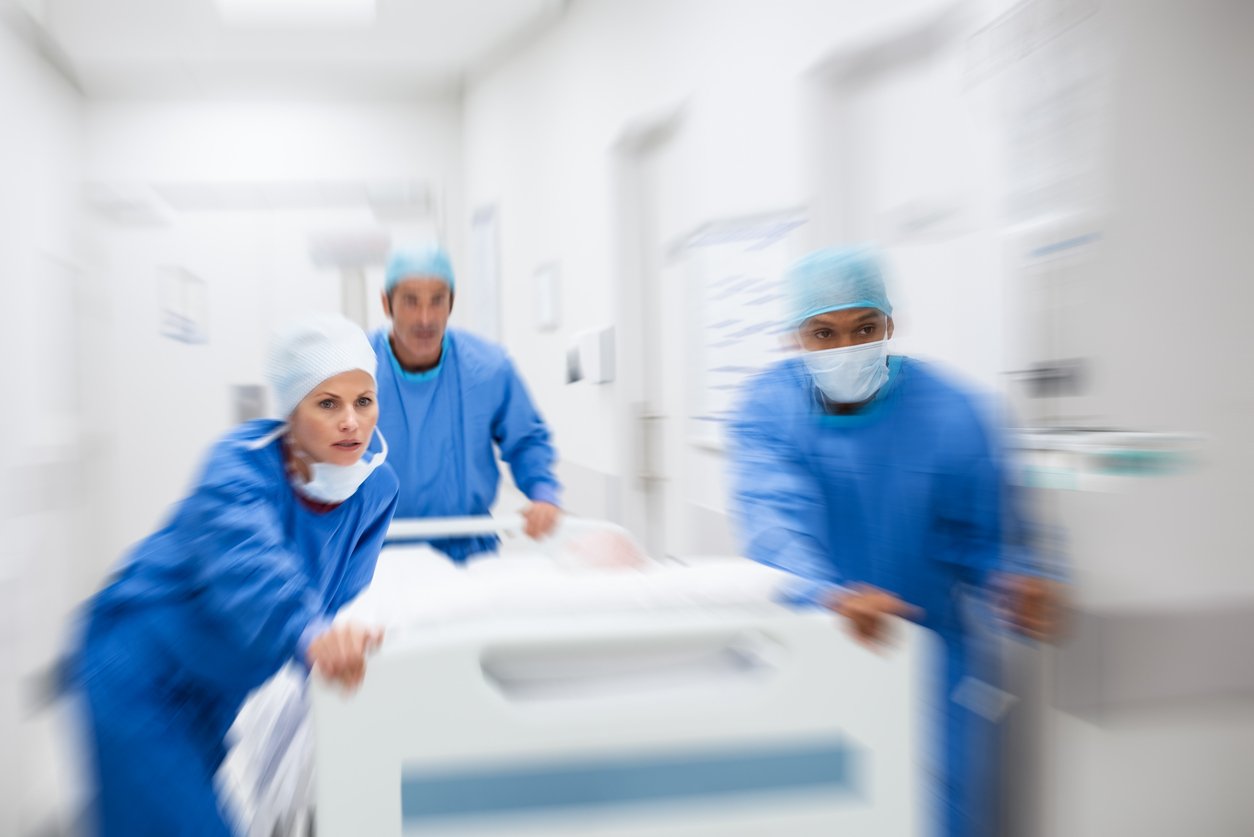 Nurse and doctor in a hurry taking patient to operation theatre. Patient on hospital bed pushed from surgeon to emergency theatre. Team of doctors and surgeon rushing patient.

Recruitment and retention for consultants in emergency medicine (EM) is “hit as hard, if not harder than any
other specialty” due to the pay cut for ‘new-entrant’ consultants imposed in 2012, the Medical Independent (MI)
has been told.

Negotiations on the new Sláintecare consultant contract are due to begin this month. In a recent circular to
members seen by this newspaper, the IMO said it expected these negotiations to be “particularly challenging”.
The process will be chaired by Ms Marguerite Bolger, SC.

Speaking to MI on a range of EM matters, Consultant in Emergency Medicine at Sligo University Hospital and
President of the Irish Association for Emergency Medicine (IAEM), Dr Fergal Hickey, said many consultant vacancies nationally were filled by locums.

Dr Hickey noted that the IAEM “are not a trade union… but clearly our basic objective is to ensure the best possible emergency care for the population of Ireland and visitors to Ireland and that’s impossible to do if you can’t
recruit consultants”.

“The reason we feel it’s appropriate to speak about it is because it has implications for patient care. If you can’t get people to take consultant posts then patients will suffer as a result. We can’t just ignore the very large elephant in the room.”

A Department of Health spokesperson told this newspaper that engagement with the IMO and IHCA on the new
contract was ongoing.

In the circular to members last month, the IMO said that “given the overwhelmingly negative response from
both consultants and NCHDs to the Government’s [contract] proposals we expect these negotiations to be particularly challenging”.

The IMO will demand “contractual terms that are capable of dealing with the crisis of recruitment and retention of
consultants” and “an equitable solution to the inequitable pay policy within the consultant body”.
The IMO said that “the importance of these negotiations cannot be overstated”.

Launching its recent pre-Budget submission on mental health funding, the IHCA said it was “unacceptable” that
more than one-in-five approved consultant psychiatrist posts were vacant or filled on a temporary basis across the country.

“ The Association has long pointed to the ongoing salary inequity (applied since 2012) as the root cause of Ireland’s
consultant psychiatrist recruitment and retention crisis,” it outlined.

Meanwhile, the Sláintecare Implementation Advisory Council (SIAC) recently insisted that a letter be written directly to Minister for Health Stephen Donnelly raising the “importance” of recruitment and retention of staff within the
health service.