€10 million spent on agency consultants and NCHDs in eight weeks 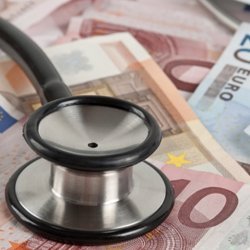 Hospital Groups have spent almost €10 million on agency consultants and NCHDs in the first eight weeks of 2019, according to statistics released to the Medical Independent  by the HSE.

The figures show an overall spend of €9,953,337 on agency doctors across the seven Hospital Groups, with 126,820 hours worked by these doctors. On average, this represents 406.47 whole-time equivalent (WTE) doctors per week.

The University of Limerick (UL) Hospitals Group was the next highest spender, incurring €1,886,530.

According to the HSE, the data “does not include locum or temporary staff employed on HSE contracts at local level” or agency consultants and NCHDs in Community Healthcare Organisation areas. The expenditure figures are inclusive of VAT.

“However, in a large percentage of cases, the agency doctors are engaged by the agencies on a ‘self-employed’ basis, which means that there are no payroll costs charged to the HSE. Payroll costs for consultants and NCHDs would amount to approximately 27.5 per cent on top of hourly pay rate.