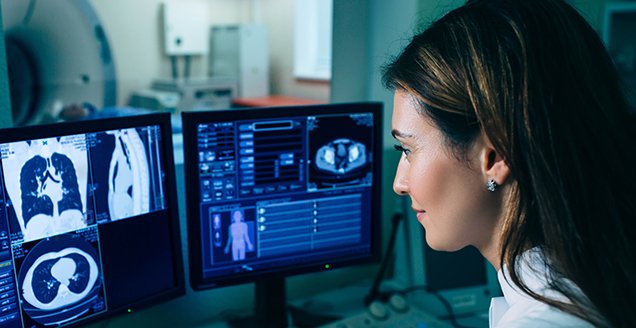 A “downward trend” in female trainee applicants was raised by the RCSI’s Faculty of Radiology with the HSE during 2019.

According to minutes of a service level agreement (SLA) review meeting between the Faculty and HSE National Doctors Training and Planning (NDTP), the Faculty queried whether NDTP was aware of “a general decrease in female applicants to schemes generally as radiology has witnessed two-thirds of applicants in the last two years have been male”.

NDTP noted that “the Faculty has had a 50/50 split in recent years but NDTP will consult with other schemes to enquire whether there is a downward trend in female applicants in recent years,” outlined the minutes, obtained from the HSE under Freedom of Information law.

In November, a Faculty spokesperson told the Medical Independent (MI) it had 107 SpRs in diagnostic radiology, 65 male and 42 female.

“We have reviewed our recruitment since 2009. Radiology is a popular training scheme and approximately only 50 per cent of applicants are successful. Since 2009, 44 per cent of those appointed to the SpR scheme in diagnostic radiology were female.

“However, in 2018, only 29 per cent of applicants and 31 per cent of those appointed were female. On the face of it, this appears to be a significant change but as it was just for one year, we do not know if it represents a significant trend or was just an anomaly.”

The Faculty was not aware of any new issues making the scheme less attractive to female applicants, but it would “keep a close watch on gender balance” for its recruitment in 2019.

A HSE spokesperson told MI: “This year, gender breakdown information was requested in the SLA proposals for all training bodies due to the Faculty of Radiology’s query in relation to whether other training bodies had noticed a decrease in female applicants.

“Based on the Faculty’s query, all training bodies were asked about the gender breakdown of applicants at the SLA review meetings, but no significant changes were noted at the time. Radiology’s gender ratios have held steady in recent years.”