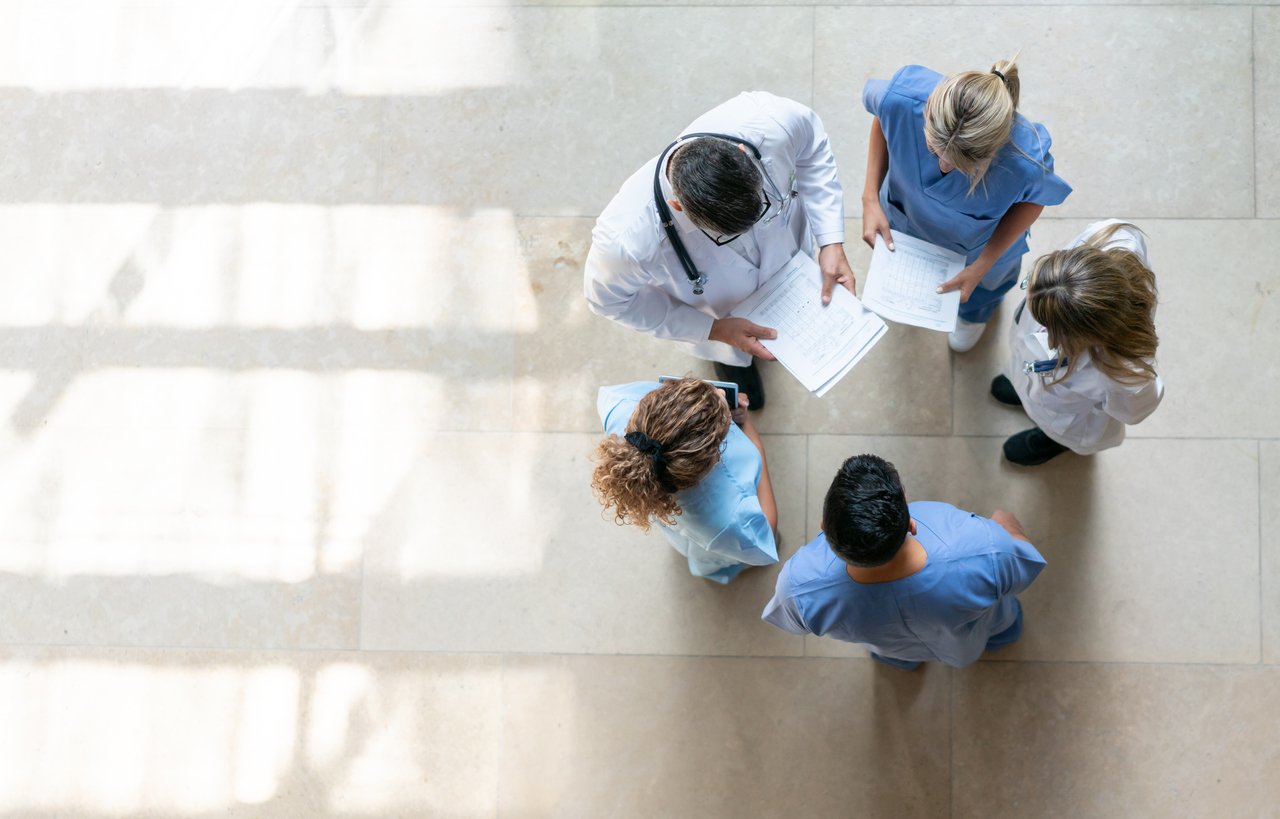 Healthcare professionals during a meeting at the hospital - High angle view

There are “no plans” to issue another external contract to support the Values in Action (ViA) staff ‘culture change’ initiative, the HSE has informed the Medical Independent (MI).However, ViA and other “culture improvement work” will continue under the auspices of the “capability and culture function”, which was established in March 2021 in the National HR Division and is led by an Assistant National Director of HR.

The HSE’s board also has a people and culture committee that oversees culture change issues. UK company The Chalfont Project, headed by “organisational architect” Dr Leandro Herrero, was engaged to assist in developing ViA, which began as a pilot in the mid-west in 2016. ViA is a staff ‘culture change’ project based around nine behaviours voluntarily promoted by ‘champions’ who attend bootcamps to learn more about the process.

The behaviours include asking colleagues how you can help them and doing “an extra, kind thing”.According to HSE literature: “Values in Action is led by staff from across the health service, from all grades and disciplines, who are working together to create a grassroots movement to spread the behaviours that reflect our values. The behaviours are visible units of action that can be universally understood and adopted by everyone.” In 2017, The Chalfont Project won a three-year contract “to provide behaviour-based culture change implementation support” for ViA following a competitive tender process, according to the HSE.The value of the threeyear contract was for a maximum of €250,000 per annum with an option to extend for one year.

The last tranche of fees to The Chalfont Project amounted to €209,668 covering the period July 2019 to July 2020 “when the planned cessation of the contract took place”. Currently six HSE staff members are assigned to ViA and there are “no plans to wind down the initiative”.

Since the recent return of redeployed staff, plans have been re-ignited to implement the project in new areas.”