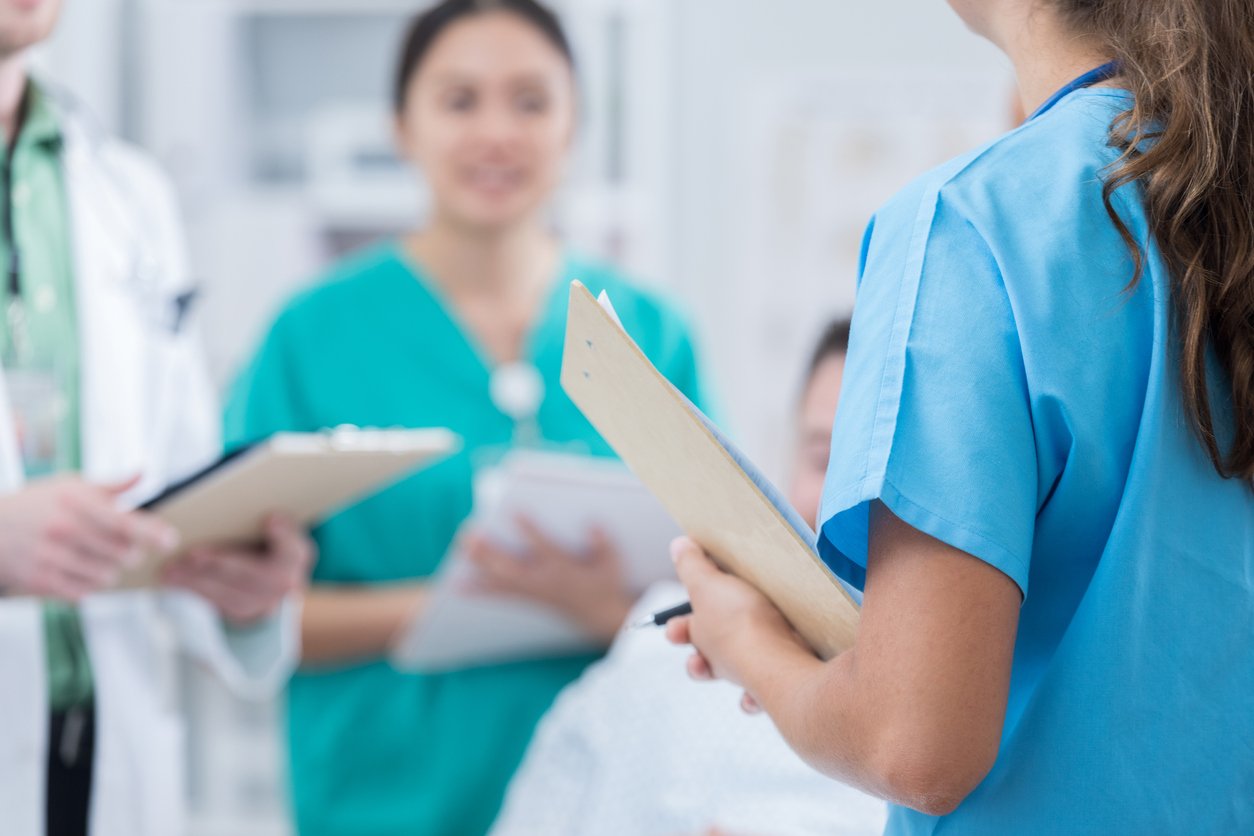 Medical students go on rounds with experienced doctors. They are checking the health of a male patient.

Efforts are underway to determine whether a dispute between area medical officers (AMOs) and the HSE could be resolved through the Public Service Pay Agreement. Conciliation talks aimed at resolving the dispute between the HSE and IMO at the Workplace Relations Commission (WRC) began last year and remain ongoing. AMOs are seeking improved pay and conditions on a par with that of their senior medical officer (SMO) colleagues.

According to Mr Thomas Smyth, Manager, IMO Member Advisory Services, discussions are now taking place aimed at determining whether sectoral bargaining, part of the Public Service Pay Agreement, could be used to settle the disagreement. A sectoral fund, amounting to 1 per cent of basic pay, outlined in the agreement can be used to resolve outstanding disputes related to specific grades and groups of public sector workers.

The fund can be implemented from February 2022. According to the agreement, sectoral bargaining relates to “negotiations within sectors to progress reforms and resolve issues between the parties”. “The agreement provides for the establishment of a sectoral fund amounting to 1 per cent of basic pay to resolve any outstanding issues, with a payment date of 1 February 2022.”

If it is decided that sectoral bargaining cannot be used to resolve the matter, the IMO could refer the issue to the Labour Court for a recommendation. Between 16 and 20 AMOs work across Ireland, some on a part-time basis. AMOs work in various HSE community health services. Since 2003, the number of AMOs has been dwindling and some community medical departments are without any AMOs. New structures were introduced in 2004, resulting in no further AMO recruitment. The restructuring process resulted in an inequality between AMO and SMO positions.