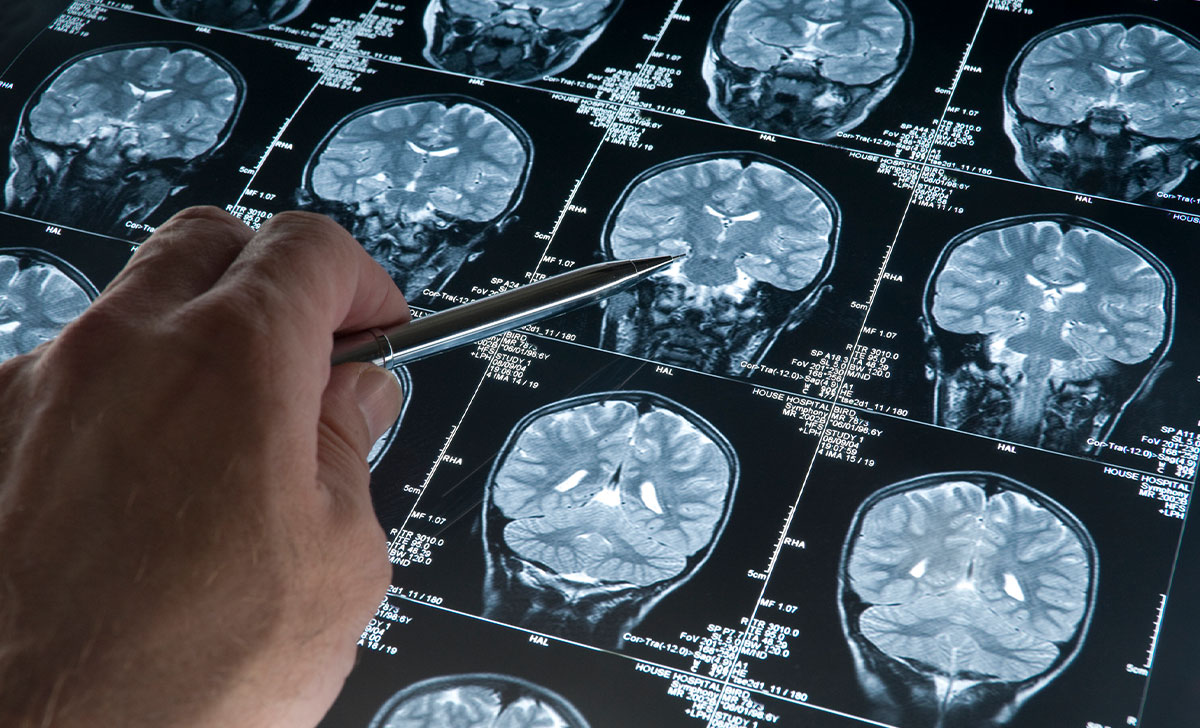 Paul Mulholland speaks to President of the Irish Neurology Association Dr Paul Crowley about what delegates can expect at its Annual Meeting, which marks the return of face-to-face conferences for the Association

The 58th Annual Meeting of the Irish Neurological Association (INA) will take place on 12 and 13 May in the Kilkenny Ormonde Hotel. Unlike previous years, the meeting programme will take place over two whole days, rather than the traditional day-and-a-half.

According to the new INA President, Dr Paul Crowley, the return of face-to-face meetings after the virtual sessions held during the Covid-19 pandemic is a development to be welcomed. Dr Crowley, who is a Consultant Neurologist in University Hospital Waterford and St Luke’s General Hospital, Kilkenny, praised the work of his two direct predecessors, Prof Tim Lynch and Dr Donal Costigan, for their work in the role at a difficult period.

The chairs of the different sessions will each give a talk about research and developments in their sub-specialty that may have been missed or neglected due to the pandemic.

Covid-19 has put pressure on neurological services in terms of increases in waiting lists, as it has affected other aspects of the health service. However, Dr Crowley said that the neurological impact of the virus on people infected has been less than initially feared.

“The impact of Covid directly on neurology illness has been really quite small,” Dr Crowley told the Medical Independent (MI).

“A lot of people in the neurology community were worried there might be a burst of Guillain-Barré syndrome (GBS) or even encephalitis, or direct brain involvement. There has been a small percentage increase in GBS on account of it, but not much. Bell’s palsy has been slightly higher. It took some time to prove that wasn’t just background noise. There has been a few Miller Fishers, which has been interesting. But again, small numbers. And [the loss] sense of smell and taste, which was a neurological symptom, didn’t really lead to anything in terms of big workloads.”

Dr Crowley pointed out this is not to say there may not be neurological consequences of Covid infection in the future. Encephalitis lethargica was an epidemic associated with the 1918 Spanish influenza pandemic. Numerous symptoms characterised this disease, including headache, diplopia, fever, fatal coma, delirium, oculogyric crisis, lethargy, catatonia, and psychiatric symptoms.

“The concern is if the virus is lodged in the brain there could be future trouble,” Dr Crowley said.

“But there is no evidence of that at this point in time.”

Even before Covid-19, waiting lists for neurology were long, with many patients waiting years for a consultation. While the number of neurologists in Ireland is lower than the OECD average, Dr Crowley said the specialty is increasing, with appointments continuing to be made over the past two years despite the pandemic. He added that the number of consultants is not the only reason for long waiting lists.

“I was talking to one of the retired people today about the conference,” Dr Crowley told MI.

“He was saying when there was only eight of us, or 10 of us in the country, there were waiting lists of eight months. There are now [approximately] 50 and there are waiting lists of four years. What has changed is the workload in terms of complexity. When he was doing his practice, there was virtually no treatment for multiple sclerosis (MS). There are now almost 20 drugs. I could possibly spend my entire week just managing the drugs of my MS patients.”

He added that conditions previously thought incurable, such as amyloidosis, now have treatments.

Patients are now surviving longer and have greater expectations than in the past as a result of improvement in medical intervention.

Dr Crowley argued that patients who have been on a waiting list for a long time should be re-evaluated to assess whether a consultation is still necessary.

He also highlighted that the current difficulty in seeing patients is particularly dangerous for people with sub-acute conditions.

“By sub-acute, I mean things that are evolving over two-to-eight weeks, like spinal cord syndromes, for example. Because that can go badly wrong quickly and patients can have very bad outcomes. That’s really where the problem lies.”

One of the highlights of the meeting will be the Noel Callaghan guest lecture. Dr Callaghan was the first neurologist appointed in Cork and had a very busy and productive clinical and academic career. While his work covered many areas of neurology, his outstanding contribution was to the understanding of epilepsy polypharmacy and his studies demonstrated the value of drug level monitoring and monotherapy in epilepsy.

Prof Atte Meretoja will deliver the guest lecture at the meeting. Prof Meretoja is Medical Director at the Helsinki University Hospital (HUH). He was trained by stroke unit and thrombolysis pioneer Prof Markku Kaste, and has medical specialist degrees in neurology and public health medicine. He graduated, together with Dr Crowley, from the first class of the European Masters in Stroke Medicine at the Donau University Krems, Austria, supervised by past European Stroke Organisation and World Stroke Organisation (WSO) President Prof Michael Brainin. He joined past WSO presidents Prof Stephen Davis and Prof Geoffrey Donnan in Melbourne, Australia, between 2011 and 2015 and has worked in Helsinki, Finland since. He is a board member of the WSO and on the editorial boards of Stroke, International Journal of Stroke, and European Stroke Journal. With over 150 original publications, at an average impact factor of 21, and over 60,000 citations, his research interests are in the streamlining of acute ischaemic stroke reperfusion therapies, epidemiology and economics of stroke, and developing acute therapies for intracerebral haemorrhage.

He was involved in the ‘Global, regional, and national burden of stroke and its risk factors, 1990–2019: A systematic analysis for the Global Burden of Disease (GBD) Study 2019’. GBD produces the most comprehensive estimates of the global, regional, and country-specific burden of stroke. Population-level estimates for stroke incidence or mortality have been published by World Health Organisation and independent research groups, but those of GBD include more extensive estimates by age, sex, location, and year.

“Globally, over the past three decades, the total number of stroke-related DALYs [disability-adjusted life years] due to risk factors increased substantially (by 33.5 million, from 91.5 million in 1990 to 125 million in 2019), with diverging trends in World Bank high-income countries and low-income to upper-middle-income countries: A relatively small decrease in the high-income group and large increases in the low- to upper-middle income groups,” according to the study, which was published in Lancet Neurology.

“The large increase in the global burden of stroke was probably not only due to population growth and ageing, but also because of the substantial increase in exposure to several important risk factors, such as high BMI, ambient particulate matter pollution, high fasting plasma glucose, high systolic blood pressure, alcohol consumption, low physical activity, kidney dysfunction, and high temperature.”

This study is also the first systematic analysis to determine the effect of non-optimal temperature on stroke burden.

The title of Prof Meretoja’s lecture is ‘Treatment options in intracerebral haemorrhage – beliefs, evidence, and practice’.

“There’s no medical treatment to date in it,” he explained.

“You either let the bleed recover or remove it by surgery. It’s been seen as a neuro-surgery problem. But there hasn’t been really much progress in it over the years.”

Prof Meretoja is also expected to speak about the Finnish model of healthcare. According to Dr Crowley, the Finnish health service is a world-leader with regards to interventions, such as thrombolysis. Its reputation for innovation has been facilitated by its use of unique patient identifiers, he said.

“I thought the vaccine programme was the perfect time to introduce a patient identifier here. What a missed opportunity,” he stated.

Dr Crowley said he wanted the meeting to have a focus on stroke, and to highlight how it is not only an issue for geriatric medicine. In addition to Prof Meretoja, three other speakers will deliver talks on the subject of cerebrovascular neurology: Dr Ferghal McVerry, Altnagelvin Hospital, Derry; Dr Áine Merwick, Cork University Hospital; and Prof Peter Kelly, Mater Misericordiae University Hospital, Dublin.

Dr Crowley has also organised a neuroscience event for transition year students in the Parade Tower in Kilkenny Castle on the day before the meeting.

He said that Kilkenny’s reputation for festivals has made it an ideal location for the Annual Meeting and the return of face-to-face conferences.

The INA President’s reception will take place on Wednesday 11 May at 19.30 in Butler Gallery, John’s Quay, Kilkenny. Dr Paul Crowley will welcome INA meeting delegates and guests to this vibrant contemporary art gallery in the historic Evans’ Home. Colleagues will enjoy meeting again following the extended period of virtual conferences, as they view the O’Malley and Butler Gallery collection. The Butler Gallery is located just a short walk from the INA meeting venue at the Ormonde Hotel.

The INA dinner will take place on Thursday 12 May at the Medieval Mile Museum, 2 St Mary’s Lane, High Street, Kilkenny. This venue is also just a short walk from the Kilkenny Ormonde Hotel.