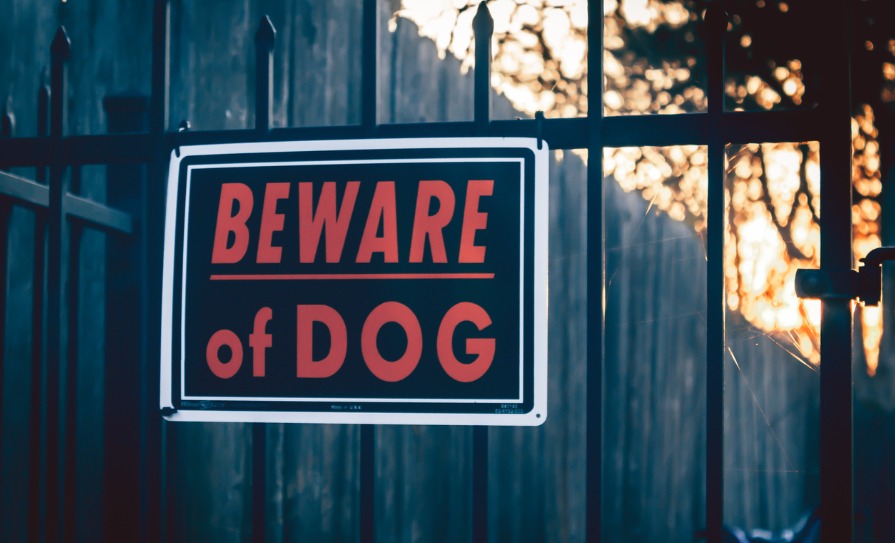 The medical profession might usefully ask, on behalf of patients, how long society is prepared to tolerate the intolerable

The slogan “a dog is for life, not just for Christmas” was created in 1978 by the Dogs Trust charity’s Chief Executive, Clarissa Baldwin. It’s a slogan that bears repeating at this time. Dogs play rewarding roles in many people’s lives, but personal experience tempers my enthusiasm for the pooch.

In the 1980s I worked in Sri Lanka for two months learning the laboratory diagnosis of rabies, a dog-related problem then claiming over 300 human deaths annually. On our first morning in Colombo, I donned shorts and T-shirt and went for a run. I was soon surrounded by a pack of barking feral dogs, and the most terrifying minute of my life began. Those dogs not baring their teeth licked their lips, but fortunately the pack lost interest and drifted away. Years later, on cross-country runs in Scotland, one dog ‘nipped’ me without drawing blood; and on another occasion one pawed my leg, leaving a superficial bleeding scratch. Both times the dogs were off-lead, and both times their owners, in breezy tones of ha-ha-half-amused admonishment, vouchsafed that their beasts only wanted to play. As to the dogs’ breeds, I neither knew nor cared, except they were big and (to me) dangerous.

So, I was alarmed to read recent reports of a serious attack on a nine-year-old boy in Co Wexford by a pit bull cross. The matter is currently under investigation by the gardaí.

There was also a recent fatal attack on a pet dog in an Athlone park by “two bull mastiff dogs that were not accompanied by their owner”, according to a media report.

In the context of responsible ownership, Keogh et al in the Irish Veterinary Journal (2022;75:1) undertook a cross-sectional study of 679 University College Dublin employees, finding that for most dog ownership responsibilities prescribed by law, “differences in prevalence of awareness between owners and non-owners were trivial.” The authors found that given their highly educated sample, awareness of selected dog ownership responsibilities prescribed by law, “is substantially lower among the general public in Ireland.”

And Will Dunn’s piece – ‘Why would anyone lobby on behalf of dangerous dogs?’ – in the New Statesman (31 October 2022) reports that 2022 was the worst year on record for fatal dog attacks in the UK: Nine people have been killed “while the number of people, mostly small children, who have been injured and disfigured is also at a record level”. Addressing the point that breed-specific legislation is discriminatory and unjust, Dunn evaluates two sets of rights: “On the one hand you have the right of five-year-olds not to be disfigured and traumatised for life; on the other, the right of adults to own certain breeds of dog.”

I know where I stand on that one. But what about Ireland’s medical profession? Seventy-four groups responded to the Department of Rural and Community Development’s public consultation on a review of measures relating to the control of dogs in Ireland. A report following the public consultation was published in April 2022. No medical professional group contributed, inviting the inference that there is little interest in this big public health problem.

Sarenbo and Svensson’s ‘Bitten or struck by dog: A rising number of fatalities in Europe, 1995–2016’ in Forensic Science International (2021; 318: 110592) reported 45 fatalities in Europe in 2016, noting that “breeds, such as pit bull terrier and Staffordshire Bull terrier, are described in Breed Standards as ‘excellent family companions and have always been noted for their love of children’ or ‘highly intelligent and affectionate, especially with children’ despite their history as fighting dogs, their weight. and strength.”

Yet O’Brien et al’s evaluation in American Journal of Otolaryngology (2015, 36: 32–38) of paediatric trauma from 334 dog bites over 17 months found that “of the more than eight different breeds identified, one-third were caused by pit bull terriers and resulted in the highest rate of consultation (94 per cent) and had five times the relative rate of surgical intervention. Unlike all other breeds, pit bull terriers were relatively more likely to attack an unknown individual (+31 per cent), and without provocation (+48 per cent).”

And in ANZ J Surg (2022; 92:1149–1152), Sulaiman et al’s ten-year retrospective analysis of paediatric dog bite injuries in Sydney, Australia, evaluated 628 patients, finding that “pit bull, Labrador, and Rottweiler were the most commonly documented offending breeds (25 per cent) with the family dog most likely to offend (49 per cent)”. Similarly, Garvey et al, in Journal of Pediatric Surgery (2015; 50: 343–346) considered 650 paediatric dog bite incidents and reported: “Dog familiarity did not confer safety, and in this series, pit bulls were most frequently responsible.”

At any time, not just Christmas, those in public spaces have the right to cycle, walk, run, and play without potentially dangerous off-lead dogs of any breed charging around under owners’ benevolent gazes. The medical profession might usefully ask on behalf of patients how long society is prepared to tolerate the intolerable.