The ugly side of athletics 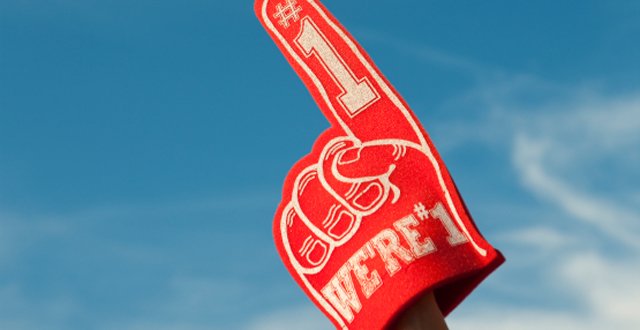 I waited for the trail to steepen before making my move. The lady in front – in her 60s – appeared to be struggling, and I offered a few words of encouragement as I passed. We were approaching the halfway mark of a 38-mile cross-country ultra-race. Thirty minutes later and faced with the first of the route’s three peaks I had slowed to a stuttering jog, slathered in sweat, my legs burning. Taking off my rucksack, I rummaged for a banana sandwich, cramming it into my mouth.

“Keep going,” said the same lady, overtaking me and easing up the tussocky hillside en route to the summit. Gorging on my food, I hoped she would interpret my “Hmphh rrggh” as “thank you”. I never saw her again, but in our brief exchanges we had shared the life-enhancing pleasure and pain of sport. We were competitors, and the better person had finished before me. To me, this was athletics at its best.

Athletics at its worst used to be associated with disgraceful doping behaviour by athletes. But even this has now been eclipsed by disgraceful dopey behaviour from athletics administrators. This is exemplified by the award-winning fracas, which the International Association of Athletics Federations (IAAF) has taken great pains to generate. And with a display of the same steely determination, which earned him a multitude of middle-distance medals and records, IAAF President Lord Sebastian Coe is bent on sustaining its mind-boggling folly.

It began when the South African athlete Caster Semenya won the 2009 African Junior Championships 800 metre women’s final in 1:56.72. By the time she won the World Championships in 1:55.45 later that year, questions over whether Semenya’s ‘masculine’ physique conferred an unfair advantage were being raised, not least by those she had beaten, with sixth-placed Elisa Piccione complaining “For me she is not a woman.” Meanwhile, as Jordan-Young et al (<em>BMJ</em>, 28 April 2014) note in “Sex, health, and athletes”, Semenya had undergone intensive medical and psychological examinations and justifiably commented that she had been “subjected to unwarranted and invasive scrutiny of the most intimate and private details of my being”.

By May 2011 the IAAF – endorsed the following month by the International Olympic Committee (IOC) – had introduced the “hyperandrogenism” rule that women participating in elite sport must have a serum testosterone concentration of less than 10nmol/L. According to the IAAF, “there is a difference in sporting performance between elite men and women, that is predominantly due to higher levels of androgenic hormones in men”. But this was contradicted by Ferguson-Smith and Bavington. Writing in <em>Sports Medicine</em> (2014, DOI 10.1007/s40279-014-0249-8), they acknowledged that although there is a relationship between exogenous testosterone and muscle mass and strength in men, “no such relationship between endogenous testosterone levels and muscle mass and strength has been established for women or, in particular, for female athletes”. Ferguson-Smith and Bavington further cite a study of hormone profiles in 693 post-competition elite athletes suggesting “serum testosterone is not related to athletic performance in women”, yet despite this, “the new regulations on female hyperandrogenism that now replace the rules for gender verification perpetuate the view that testosterone levels are the critical factor”.

As Prof Peter Sonksen notes (<em>British Journal of Sports Medicine</em>, 2018; 52: 219-229), the IAAF ruling led to several elite female athletes being banned from competition and at least four subjected to unnecessary medical and surgical intervention. Sonksen makes the point that “many eminent scientists felt that it was unfair, scientifically unsound and discriminatory”. Yet although the ruling was subsequently rescinded, the IAAF has now introduced draft revised “Hyperandrogenism Regulations”, that would be applicable to women’s track events between 400 metres and the mile and are currently under consideration by the Court of Arbitration for Sport in Lausanne, Switzerland.

This dogged attempt by the IAAF to introduce such blatant discriminatory regulations prompted the resignation of Prof Steve Cornelius from the IAAF’s disciplinary tribunal, telling Lord Coe in a stinging letter that he did not wish to be associated with an organisation that “insists on ostracising certain individuals, all of them female, for no other reason than being what they were born to be”.

In her response to the proposed ruling, Caster Semenya showed that while she might have raised serum concentrations of testosterone, she certainly has an abundance of intelligence: “I don’t talk about nonsense,” Semenya said.

At a time when there is much talk about gender identity, women’s rights and inclusivity, it is disappointing to read the comments of former marathon world champion Paula Radcliffe, who supports the proposal, observing that without a ruling “girls on the start line know they’re never going to get a medal in an 800m. That’s the bottom line”.

No, the bottom line is that we’re all different. For all I know the lady in her 60s who coasted past me may have been hyperandrogenic, although my guess is that she was a better runner who had trained harder. But if she had been hyperandrogenic, so what? That’s life, so let’s get on with it and stop whining.