The ‘art’ of surgery 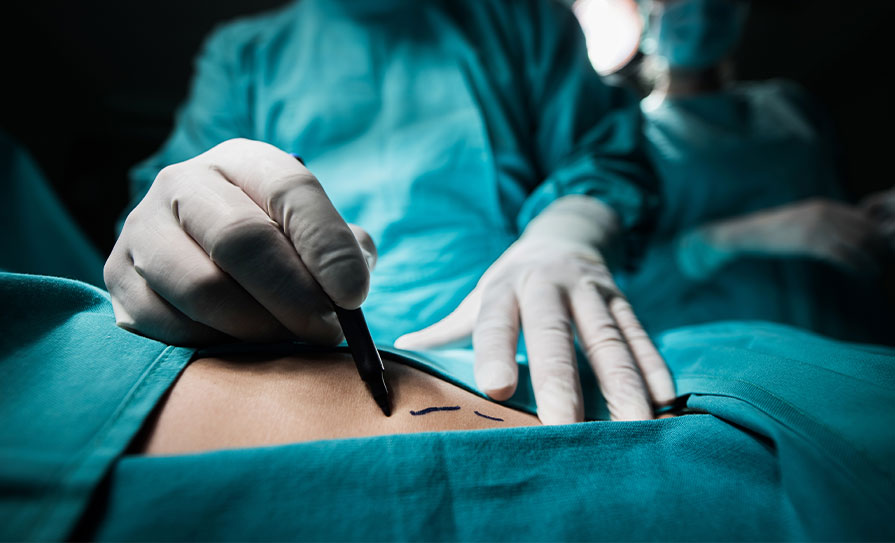 Ethical and other questions arise when performance art and cosmetic surgery collide.

Forgive me, but I’ve been reading about Cyprus-born Aussie Stelios Arcadiou, who calls himself Stelarc and is a performance artist. According to his website, Stelarc was “intrigued about engineering a soft prosthesis using my own skin, as a permanent modification of the body architecture” and assumed that “if the body was altered it might mean adjusting its awareness”. This reasoning led to ‘Ear on Arm’ – undertaken in 2007 – and consisted of… well, you can guess.

Two points arise. First, does a stem cell-derived prosthetic ear surgically inserted into one’s inner forearm constitute art? Notwithstanding Stelarc’s assertion that he was “[e]ngineering an alternate anatomical architecture, one that also performs telematically”, I would say of Stelarc’s justification for his ‘Ear on Arm’ what my grandmother often advised me to do: “Away you, an’ catch yourself on.”

Second, is an ethical aspect. Confirming Stelarc’s spellbinding insight that “[t]he body is a living system which isn’t easy to surgically sculpt” is his admission of “several serious problems that occurred: A necrosis during the skin expansion process… [and after a microphone had been inserted into his ear – the ear on his arm, that is]… “it had to be removed. The infection caused by the implanted microphone several weeks later proved to [be] serious.…”

Who, I wondered, would willingly place an ear in an arm, with or without a microphone? Having learned from the website of the Irish Association of Plastic Surgeons, that “[o] perations are being carried out in Ireland by doctors without proper surgical qualifications”, an immediate concern arose. Had a bunch of arty, non-qualified surgeons escaped the scrutiny of Irish regulators to undertake clandestine otic mischief? Thankfully, no. Stelarc’s surgical team, he reveals, comprised United States plastic surgeons Malcolm A Lesavoy, MD; Sean Bidic, MD; and J William Futrell, MD. According to the website of one of the team, his “education, awards and accomplishments speak for themselves”. Yet as far as I can tell one accomplishment apparently unable, or unwilling, to speak for itself is ‘Ear on Arm’. Why might this be? Is it, as Stelarc noted, that “several serious problems” occurred? Clearly, the principle of primum non nocere (first do no harm) was not upheld. But on the other hand (or foot?), if an individual wants a prosthetic ear inserted in their arm – or elsewhere, for that matter – is a plastic surgeon justified in refusing to undertake the procedure?

Not necessarily, according to bioethicist Dr Francesca Minerva, who reflects on ‘Cosmetic surgery and conscientious objection’ in the Journal of Medical Ethics (2017, 43: 230–233). Apart from citing Stelarc’s aural manoeuvres, Minerva notes that “French artist ORLAN underwent nine cosmetic surgeries over [five] years… [which]… included the implantation of two horns on her forehead… and… Mayra Hills is one of the women with the largest breast implants in the world…. They are so large that she cannot tie her own shoes”. Yet asserting the principle of respect for bodily autonomy, Minerva is adamant that “patients are entitled to decide if undergoing a certain treatment is in their best interest”.

It follows, therefore, that Minerva would have no objection to the website of the British Association of Aesthetic Plastic Surgeons (BAAP), whose members offer, in their phrase, “designer vaginas.” Perhaps it’s the case that females with ordinary, run-of-the-mill vaginas can acquire “designer” ones, thanks to those BAAP-accredited members whose vagina-shaping skills include the ability to undertake “…a number of surgical procedures to improve their appearance”. As an effective counterargument, however, Germaine Greer in her The Whole Woman (1999) rails against genital re-shaping, observing: “A surgeon is allowed to whittle away female genitalia if the operation is understood to be cosmetic.” Greer contrasts the apparent eagerness with which cosmetic genital surgery is undertaken in the developed world with the (rightful, in my view) condemnation that is heaped upon the practice of female genital mutilation in other parts of the globe.

And in Theoretical Medicine and Bioethics (2017, 38: 213–225) Dr Yves Saint James Aquino considers the ethics of medicalising Asian features, highlighting cosmetic surgery’s tendency “to conflate beauty and health as medical goals of surgery, overemphasising the value of appearance that can further displace women’s control over their own bodies”.

If cosmetic surgeons are to fly abroad to put ears into arms, and patients are to fly abroad for other possibly hazardous procedures, Massand et al, writing in Infectious Diseases in Clinical Practice (2022;30: e1142) warn that “[p] atients who undergo cosmetic surgery as medical tourists are placed at risk of infection by rapidly growing mycobacterial species. Management is highly morbid, and they are often left with extensive surgical scarring and unanticipated additional out-of-pocket expense.”

I know that some readers are sniggering behind me because I’ve eyes at the back of my head. Let me tell you how that came about.…