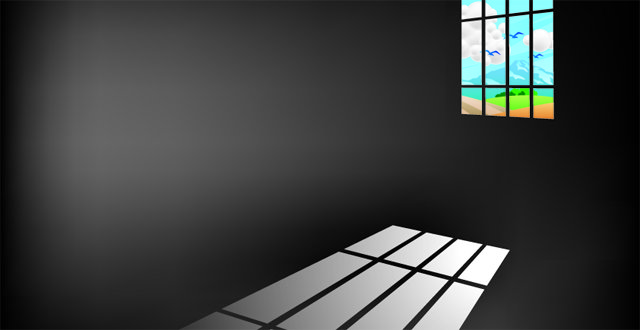 In his novel <em>The Doctor</em> (1812), Robert Southey warns: “Beware of those who are homeless by choice.” By way of context, Southey maintained that a man who cared no more for one place than another was someone “who loves nothing but himself”. Southey was long dead by the time George Price (1922-1975) came along to disprove his assertion. Price, an evolutionary biologist, was born in America, lived in England and far from loving nothing but himself, arguably loathed nothing but himself, finally taking a pair of nail scissors to his throat in a London squat.

Trained as a chemist, and with a Harvard doctorate, Price worked on equations first devised by William Hamilton, the founding father of sociobiology, who discovered a mathematical formula suggesting a genetic basis for human idealism. Price showed that while self-sacrificing behaviour exists among animals and humans, it is a behaviour shorn of nobility: Only altruism which spreads the genes that cause it can achieve long-term survival.

This insight plunged Price into a malignant sadness, and depression ensued. In 1972, in a letter to biologist John Maynard Smith, with whom he was preparing a paper for <em>Nature</em>, Price wrote: “I am now down to exactly 15p and my visitor’s permit for staying in the UK expires in less than a month.” Yet he remained optimistic, buoyed by the knowledge that there were baked beans in the fridge. Embracing the unconditional altruism embodied by <em>The Good Samaritan</em>, he cleaved without equivocation to the motto: “Sell all you have and give to the poor.” When Price helped tramps, alcoholics and assorted outcasts, they stole his money and he fled to a squalid Euston squat — where his hand found the nail scissors.

Many medical professionals press the tenets of evidence-based medicine into service as a means of uncovering scientific truth. But when it comes to health-related aspects of life as experienced by ‘the homeless’, George Price’s story contributes to an evidence base supporting the fact that ‘the homeless’ do not exist; at least they don’t exist as anything beyond a category. Categorisation can help in the search for scientific truth, but while the round hole of a ‘homeless’ category containing both George Price and the alcoholics who robbed him might bulge with data, to become meaningful, it needs a synthesis that acknowledges the square pegs of the individual lives that are rammed into it. Such a synthesis, I suggest, cannot occur without striving to accommodate at least a grain of critical truth. The challenge is to reconcile the fact that whereas the pursuit of scientific truth demands brains, the search for critical truth recruits the mind.

And it is here that the importance of the medical humanities asserts — or should assert — itself. Take, for example, the recent review by Gulati et al of the University of Limerick, published in the <em>Irish Journal of Psychological Medicine </em>(doi:10.1017/ipm.2018.15), which investigated ‘The Prevalence of Major Mental Illness, Substance Misuse and Homelessness in Irish prisoners: Systematic Review and Meta-analyses’. The prevalence of psychotic disorder was 3.6 per cent; affective disorder, 4.3 per cent; those homeless on committal, 17.4 per cent; alcohol use disorder, 28.3 per cent; and substance use disorder, 50.9 per cent. Noting that Ireland has the lowest per capita availability of secure psychiatric beds in developed countries, Gulati et al not only call for more beds within Irish mental health services, but also for “<em>changes in attitudes</em> towards mentally-disordered offenders” (my emphases).

In this context, it was encouraging to read an editorial in the journal <em>Medical Humanities</em> (2012, 38: 1) in which Dr Deborah Kirklin considers “the isolation, loneliness and helplessness of being homeless”, observing that she finds it “entirely plausible that changes in attitude and consequent realignment of priorities and outcomes can be effected by art”. While acknowledging that if such changes were to happen, they would be subtle, occur beneath the evidence-based radar and be unquantifiable, Kirklin states they would also be “to my mind at least, no less clinically significant”.

One can infer from the work of Gulati et al that raw data are essential to help define the problems associated with, say, homelessness and imprisonment. However, attitudinal change — perhaps including approaches advocated by, for example, Kirklin — might help to shape a refined response that addresses these problems.

On the other hand, it cannot be denied — and I write as someone who struggles to see modern art as anything more than talentless would-be celebrities daubing on canvas — that art isn’t all it’s cracked up to be. As John Carey reminds us in <em>What Good are the Arts?</em> (2005, p 140), Hitler excelled as a patron of the arts, informing Goebbels “at the height of the Stalingrad campaign… of his pleasure in Bruckner’s symphonies, and concluded by comparing the philosophies of Kant, Schopenhauer and Nietzsche”.

Yet despite this caveat, I suggest that one’s search for scientific truth can be much enhanced when it is tempered by an awareness of the need to also sharpen a humanities-derived, non-scientific gift which we all possess: Criticism.

Perhaps if he’d lived, George Price might have worked out an equation for it.