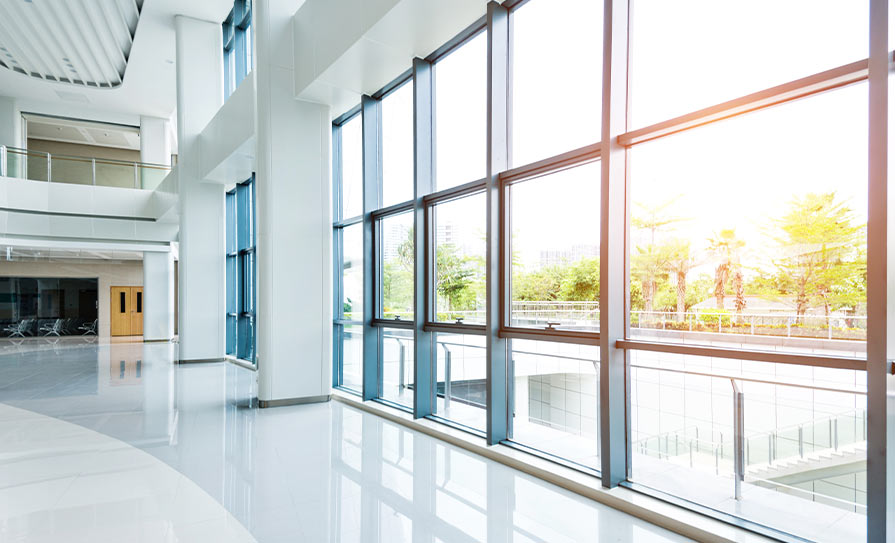 The opening of windows to reduce Covid-19 transmission has marked a re-emergence of common sense to infectious disease management.

I’m going back a bit, but bear with me, please. On 22 February 2008 Laboratory News reported (‘Breath of fresh air for superbug treatment’) that the UK company Mid- States had created a device able to “generate hydroxyl radicals – thought to be the germ killing [sic] agent present in fresh air – in enclosed places…”. Mike Heath, Managing Director of Mid-States, said: “We know that superbugs can’t survive in fresh-air [sic], but clearly it isn’t practical to have the windows open all the time!”

Perhaps the “fresh-air” hyphen intended for “germ killing” had been blown off course by a gust of hydroxyl radicals, but it was Mike’s exclamation mark that intrigued me. Did he think that opening windows in hospitals was laughable, or was he angry at the prospect? Either way, Mike’s throwaway “…it isn’t practical to have the windows open all the time!” is emblematic of my view that the 21st Century makes few concessions to common sense, with modern medicine caving in to a zealous technological conceit that prizes “fresh air” machines – including hyphenated ones – over windows you can open.

I say this for two reasons. First, in their ‘Covid-19 has redefined airborne transmission’ published in the BMJ (2021, 373: n913), Tang et al make a case for the re-emergence of common sense to infectious disease management with the simple observation that “[p]eople are much more likely to become infected in a room with windows that can’t be opened…”.

Second, perhaps some of the havoc wrought by the Covid-19 pandemic might have been ameliorated had some lessons from the past been applied to hospital and related institutional architecture. For example, I was lucky to work for many years at Edinburgh City Hospital, which opened in 1903. Set in extensive grounds, its handsome series of red sandstone Nightingale pavilions boasted sunrooms and airy balconies. In his The Edinburgh City Hospital (1999) Dr JA Gray notes that the hospital’s architect Robert Morham (1839–1912) had sought inspiration by touring European fever hospitals, during which he met Dr Robert Koch in Berlin, where Koch reminded Morham that “sunlight is the great germicide”. And Dr RA Hobday, writing in Medical History (1997, 42: 455–472), points out in ‘Sunlight Therapy and Solar Architecture’ that in 1890, eight years after his discovery of the tubercle bacillus, Koch showed that sunlight was lethal to the bug. The subsequent demonstration of the infectious nature of dried tuberculous sputum or tuberculous dust influenced the design of sanatoria to maximise the bactericidal properties of sunlight.

The architect Charles-Édouard Jeanneret-Gris (1887–1965), better known as Le Corbusier, observed: “Doling out cosmic energy, the sun’s effects are both physical and moral, and they have been too much neglected in recent times.” On the evidence of hospitals like the New Royal Infirmary of Edinburgh (in whose fluorescent light-flooded pathology labs I worked following the closure of Edinburgh City Hospital) I harbour the suspicion that contemporary architects confuse Le Corbusier with something to which you might add a little lemonade. Or perhaps hospital executives fear litigious patients. For example, following publication of his book The UV Advantage (2004), which promotes the need for some solar irradiation of unprotected skin to create vitamin D, endocrinologist Dr Michael Holick of Boston School of Medicine’s Department of Dermatology was judged to have acted contrary to United States government advice on exposure to sunlight and was asked to resign from his post.

But where is Henry Gauvain’s successor? RA Hobday (above) records that in 1908 Dr Henry Gauvain was appointed Medical Officer to the Lord Mayor Treloar Hospital for Crippled Children at Alton, Hampshire. There, many of his patients, typically tubercular children, were treated with a combination of sunlight, fresh air, and sea bathing. When a new hospital was completed in 1933, it included five balcony ward units, each comprising 60 beds, arranged along a terrace. The wards had high ceilings, allowing a cross-ventilation system to provide gently moving air. Writing in 1938, Gauvain suggested that “…the most urgent and human need of most modern hospitals is the general lack of properly planned and protected balcony accommodation”. Yet for all his advocacy of the idea that suitable patients should live in the (sheltered) open, refreshed by sunlight and “real” air, he also acknowledged that such a regime would be contraindicated for the seriously ill or quickly deteriorating patient.

Whereas Gauvain’s approach to the use of fresh air in hospital settings was right for the right reasons, Florence Nightingale’s approach was right for the wrong reasons. As Lytton Strachey pointed out in his Eminent Victorians (1922), she was very much an empiricist: “She had found in Scutari that fresh air and light played an effective part in the prevention of the maladies with which she had to deal; and that was enough for her.… There was no such thing as infection; she had never seen it therefore it did not exist. But she had seen the good effects of fresh air.…”

The outrageous idea to have windows that you can open – except on aeroplanes, of course – has returned.