Environmentalism is a cry from the soul 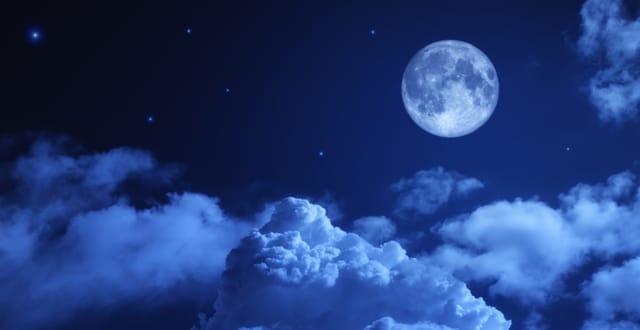 Tragic night sky with a full moon and shining stars

Public services, such as healthcare, should understand the impact they have on the environment

In May 1982, after Argentina had invaded the Falklands, the British Prime Minister Margaret Thatcher offered this insight to the Scottish Conservative Party conference: “It is exciting to have a real crisis on your hands, when you have spent half your political life dealing with hum-drum issues like the environment.” Coming 20 years after the publication of Rachel Carson’s polemic Silent Spring (1962) — a herald, arguably, of the green movement — here was an individual’s embodiment of society’s response to what a 1970 Club of Rome report called “the predicament of mankind”.

Decades later, it would take a teenager to focus minds on our planetary plundering; and that’s right, readers will know who I’m talking about. Of course we’re all familiar with the household name Boyan Slat (1994‒) www.boyanslat.com, the Dutch inventor who, aged 18, devised a concept for harvesting plastic from the oceans — one which has earned him international recognition and a string of awards. Oh. You’re not familiar with the name? Well, nor was I, until I began to research this piece. Googling ‘Boyan Slat’ yielded 224,000 results, whereas ‘Greta Thunberg’ generated 8,690,000.

One difference between the two is that whereas Slat brings his thoughts and intellect to apply scientific thinking in helping address one of our environmental challenges, Thunberg favours confrontation. Both have merit, but in the long term, I would speculate that Thunberg’s approach, by galvanising worldwide activists, just might be more effective in persuading governments to act. My reason for saying this is because the nature of her engagement with the challenges of climate change is accurately encapsulated by what Bryan Appleyard wrote in his important book Understanding the Present (1992: p137): “Environmentalism, whatever the truth of its diagnosis, is a cry from the soul of modern man.”

It may be an incoherent cry at times — for example, when vegan ideologues, often supported by the fake food industry, seek to insinuate nutritional dogma into the climate change debate at the expense of common sense — but it is proving to be a sharp corrective to long-term complacency.

But to what extent has this cry been heard in healthcare? The UK’s Academy of Medical Royal Colleges (AOMRC) published Protecting Resources, Promoting Value: A Doctor’s Guide to Cutting Waste in Clinical Care (2014), citing the World Health Organisation’s observation that “climate change is the largest threat to human health in the 21st Century and the NHS remains the largest single contributor of greenhouse gases in the public sector”. Most of these emissions, stated the AOMRC, did not come from heating or lighting clinics or hospitals, but directly from clinical practice.

This year, Health Care Without Harm published Health Care’s Climate Footprint: How the Health Sector Contributes to the Global Climate Crisis and Opportunities for Action (September 2019).

Guetter et al, writing in the American Journal of Surgery (2018, 216: 683‒688), consider ‘Greening the Operating Room’ in terms of the five ‘Rs’ of waste management — reduction, reusing, recycling, rethinking, and renewable energies — and conclude that “[s]urgery has a unique opportunity to transition to more environmentally-friendly operating room strategies, which may help decrease waste and lessen the impact of climate change”.

More specifically, Namburara et al investigated ‘Waste Generated During Glaucoma Surgery: A Comparison of Two Global Facilities’. Writing in the American Journal of Ophthalmology Case Reports (2018, 12: 87-90) they compared a Baltimore community hospital with the Aravind Eye Hospital (AEH) in Madurai, India, the highest-volume eye care centre in the world, where efficiency, quality and patient safety are prized, and where Aravind has “a relatively low complication rate, similar, if not better, than that of US eye hospitals”. The authors found the surgical techniques at both centres to be similar, but that “Aravind reuses materials such as sanitised surgical instruments and medications, resulting in far lower waste generation rates… The waste at AEH is 26 per cent of that at the US institution.”

Years ago, I worked in a virus laboratory, where we used glass measuring pipettes. After use, they were discarded into disinfectant, autoclaved, washed, dried, re-autoclaved and reused. It was considered progress when the glass pipettes were replaced with sterile plastic ones that were discarded after use into disinfectant, autoclaved and ultimately dumped in landfill. What cognitive sleight of hand allowed such dopey thinking to prevail over common sense? In ‘Carbon Foot-Printing in Health Systems: One Small Step Towards Planetary Health’, published in The Lancet (December 2017, e357), Taylor and Mackie state the obvious: “For improved planetary health to be realised, it is important that sectors that are impacted by environmental change, such as health, take a proactive role in understanding their own environmental impact.”

Except that it’s not obvious… which is where Greta Thunberg comes in.

One response to “Environmentalism is a cry from the soul”