A light that fills places you never thought to look 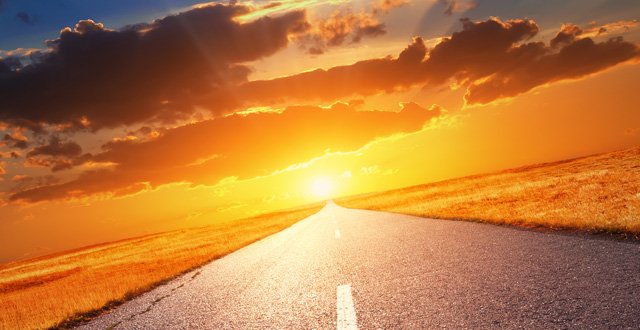 ccording to a Times obituary (15 July, 2005) for the modern hospice movement founder Dame Cicely Saunders (1918−2005), she had expressed a preference to die “with a cancer that gave due notice and allowed time to reflect on life and to put one’s practical and spiritual affairs in order”. And that’s what happened.

It also happened to my friend Moira, who died peacefully in a local hospice some weeks ago. I know it was peaceful because I was there. Moira did not ‘battle’ cancer; a revelation which, had she been famous, would have astounded all tabloid journalists everywhere. Rather, she treated her cancer with disdain, but acknowledged without bitterness that at least it had — as with Dame Cicely — given her due notice of its intentions.

About four years’ due notice as it turned out, during which time Moira faced life and wrung the most out of it. Our weekly visits to the local park entailed negotiating two flights of stairs down to Moira’s wheelchair (plus a return effort back up). With her hand gripping the bannister, and me supporting the other side, I stole admiring glances at Moira’s stubborn, teeth-grinding determination to get outdoors. On one high-summer day, we sat in companionable silence by the canal watching the ducks go by, until a few barefoot children appeared, shrieking and blasting each other with high-powered water pistols. A mistimed shot from an exuberant combatant sent a sunlit spray of water arcing over our heads like a dazzling cataract of diamonds. Happily drenched, we laughed out loud and chased away the cancer. At least for an afternoon.

I feared that soon there would be fewer sunny days like this… but I was wrong. Within minutes of setting foot for the first time in a hospice, I — we — became aware of a radiance other than sunlight, and one which lasted longer. I think the glow was fuelled by a philosophy that lifespan can exceed ‘health span’ and need not be diminished because of that fact. Gratifyingly, it was embodied in the actions of the hospice staff, and is evoked for me in a line from More Light, More Light by the Australian poet Philip Hodgins (1959-1995), where it “instantly takes over the room like a brilliant virus,/filling out even the places you had never thought to look”.

Moira felt its fond embrace, and it remained until the end, helping her to achieve a wish of dying without fear and without pain. Here, it seemed to me, was palliative care at its best. So, I was puzzled to read an editorial by Boyd et al in the BMJ (28 February 2019) that asked, ‘Should palliative care be rebranded?’

‘Rebranded’? Is nothing, I wondered, immune from the rampant consumerist jargon that infests daily life? Had I somehow missed those sponsored hospice nursing staff with ‘How’s my oxycodone dispensing?’ emblazoned on their backs? Had patients been slipped a discreet questionnaire, asking to rate their dying — here comes that overused word − “experience”?

Then I read on to learn from Boyd et al that UK guidance uses the term ‘palliative and end-of-life care’ for those in their last year of life to highlight the relevance of palliative care well before their approaching final weeks. Paradoxically, however, they note, “combining these terms links palliative care inextricably with imminent death and dying in the minds of professionals and the public”. Might such misuse of language, the authors speculate, be obviated by deploying more socially acceptable euphemisms for palliative care? These include ‘enhanced supportive care’ and ‘best supportive care’, but Boyd et al cite reports that it “is not clear, however, if this is helpful or confusing for patients and families”.

Based on the evidence of an uncontrolled, anecdotal report of one, Moira had long known that she would, in due course, be receiving ‘palliative care’ and she was comfortable with the term, but placed due emphasis on the second word. While proper care is what Moira sought and received, this is not always the case. For example, reporting in the London Review of Books (19 November 2015), the writer Jenny Diski (1947-2016), who “having announced my lung cancer (with a side attraction of pulmonary fibrosis: Two fatal diseases — I don’t do things by halves)”, found that she could not trust a hospice worker’s assurance that her dying could be painless. After being invited for a week’s respite by her local hospice, she “ended up leaving 10 minutes after I arrived — they had no record of my request (granted twice: The week before and the day before) for a single room… Later in the evening, a doctor from the hospice called and told me that they ‘don’t provide respite care’ and couldn’t possibly guarantee that there would be a room for me when the time came for dying and palliative care”.

I hope that, like Moira, I will go quietly into that good night. Sometimes, however, as Jenny Diski discovered, things don’t always go smoothly. But the messy nature of life should not obscure our capacity to find light at its darkest moments.