Medical conferences can be life-changing experiences 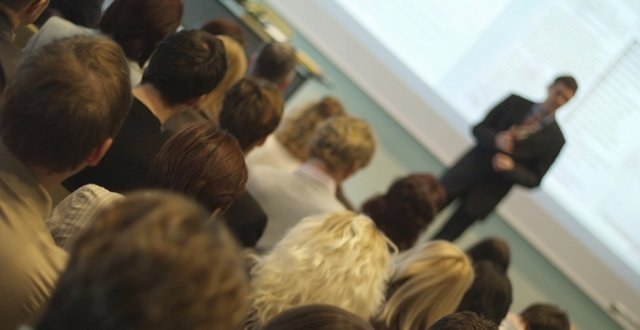 I am aware of ‘imposter syndrome’, where a person feels out of place, under-qualified, unworthy of their position in the world. I have to admit that I had never really suffered from it, blessed as I am with a bulletproof sense of self-worth.

Or so I liked to think.

Funnily enough, standing in a room full of the people whom I most admire in the world, with a name-badge that said ‘speaker’, did shake my egotistical foundations quite a bit. I was definitely an imposter here.

But I dismissed the gremlins on my shoulder and happily chatted with lots of old and new friends, and tried to ignore the fact that I would soon be standing on a stage in front of 500 people, expecting them to listen to me.

I went to dotMD last year because I was curious and intrigued, and because Ronan Kavanagh very kindly gave me a free ticket (the old ‘cancer card’ works wonders sometimes).

I sat, mesmerised, as it dawned on me that a medical conference could, in fact, be a life-changing experience instead of just a yawn fest endured simply to clock-up CPD points.

People speak about being inspired, or a person being inspiring, or they say “you’re an inspiration”. ‘Cancer heads’ get this quite a lot, as if living instead of dying is somehow a hidden talent, an Olympic feat, and not just a matter of continuing to breathe because someone else put the right drugs into the IV bag.

dotMD 2018 inspired me in the way that the word should be used. A thousand-watt lightbulb went on over my head when I realised that there is nothing to stop me from standing in front of a crowd to speak, other than a tremulous voice and a bright red face. So what? Suzanne O’Sullivan showed us that an autonomic response to stress is nothing to be ashamed of, and from the moment she had finished speaking, I knew that I would never again let nerves stop me from saying what I wanted to say.

So I organised my own conference, and blatantly copied a number of the dotMD ideas (as well as poaching most of their female attendees).

To be asked back to dotMD in 2019 to participate in the ‘Bedside Stories’ section was a huge honour, and when I saw the line-up of other speakers, I couldn’t close my dropped jaw for about a week.

I had no idea what story I was going to tell, though I guessed it would be about cancer, since that’s kind of my USP. Also, everyone knows that a good sob-story is always a winner. I got a nugget of an idea about ‘good days’ and ‘bad days’ and I finally finished a draft a few days before I was due to travel to Galway. For some reason, though, I still didn’t feel too nervous and I figured I would be so inspired by the first day’s speakers that it would all come together in the end.

I wasn’t wrong. From the moment of kick-off on Friday morning, I was mesmerised. So many new ideas and reframed viewpoints, as well as some slightly insomnia-inducing images of night terrors. By the time I got back to the hotel, my brain was full, but it was time to head back to meet up with old friends and new at the funky barbecue (another idea to be stolen for WIMIN!)

I went home early, though, because my voice was getting hoarse, and also because across the country in another fancy hotel, the GP Buddy awards were being announced.

I was very honoured to have been named as a finalist in the ‘GP of the Year’ category, and so I sat in my PJs with a cup of camomile tea in my fancy hotel room, watching on Twitter and WhatsApp while my be-tuxed and be-gowned colleagues relayed back the updates in real time. It might have been the most surreal moment of my whole life — living the dream in two places at once (but still in my pyjamas — what a result!).

I was delighted when the wonderful work of the START group was recognised, and even more thrilled when Dr Trish Horgan was named GP of the Year. The Shelbournites were just getting the party going when I snuggled down into my lovely crisp hotel room sheets.

In the morning, I listened to Colum McCann describe his personal experiences of illness and trauma. I was moved to tears. Anthony O’Connor lifted the mood with a vibrancy that can only truly come from Cork. And then it was my turn.

I told my story. It was short. The lights on me were very bright. The room was full. And when I finished, the crowd moved.

A standing ovation was not what I had expected.

Austin O’Carroll’s subsequent very moving story did not help to stem the flow of tears that had by now formed a rivulet down my nasal alae.

The rest of the day was filled with warm hugs, lovely chats, matching faces to Twitter-names, as well as more extremes of emotion with hilarity from Marie Cassidy and profound humanity from Kathryn Mannix. Sinead Gleeson, Arnold Thomas Fanning and Rachel Clarke spoke about patient experiences, a subject so close to my heart that sometimes I subconsciously remove myself from these conversations.

I realised that when I had read Sinead’s book, I did so as if through a glass partition, separating myself from its truth because it reflected my own experience almost too well. But now I was able to listen, and hear, and once more the tears flowed.

Since dotMD, I have watched a zombie movie, downloaded some jazz, and restarted Constellations.