Research to make you laugh (and think!) 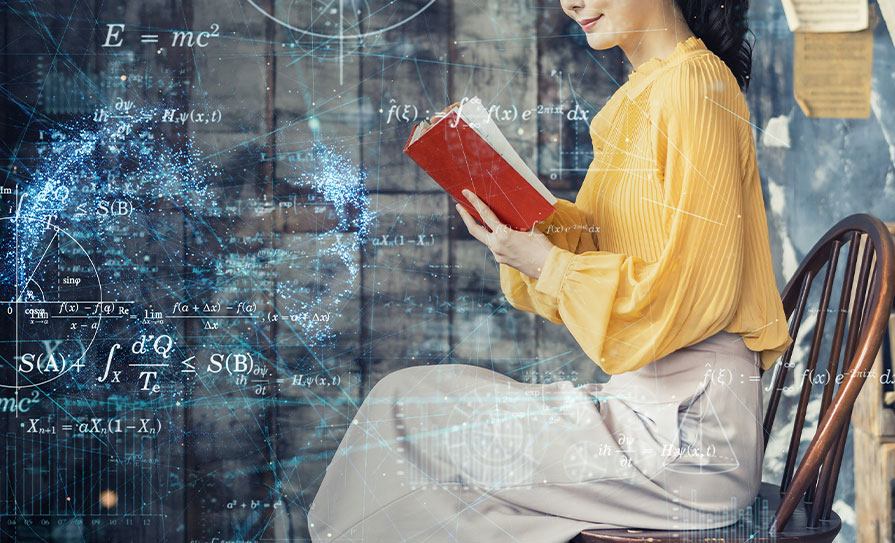 The latest Ig Nobel prizes were awarded for the usual range of zany studies.

With the Nobel prizes due to be announced soon, it means their humorous alter ego, the 2022 Ig Nobels, have hit the headlines. As readers will know, I love this event, because it illustrates the breadth of frankly unlikely scientific research activity that takes place around the world.

Winners in the various categories this year respectively carried out research that found that it’s better to be lucky than smart, established a link between heart rate and romantic feelings, looked at the effectiveness of ice cream as cryotherapy, and examined problems with legal jargon.

The Ig Nobel prizes are given annually for research that first makes people laugh and then makes them think. This year’s virtual ceremony took place on the 15 September, organised by the science humour magazine Annals of Improbable Research.

Researchers from the University of Catania in Italy won the economics prize, their second Ig Nobel award, for showing that success most often goes to the luckiest people rather than the smartest.

Lead author Alessandro Pluchino told the British Medical Journal: “Talent is necessary for success, but it’s not enough. You also have to be lucky, to be in the right place at the right moment to catch an opportunity that happens by chance.” He and his co-authors pointed out that talent is distributed in a symmetric way around a mean, but the distribution of wealth as a measure of success is different – about 80 per cent of people are poor and about 20 per cent are wealthy. “Opportunity is random, it depends on external situations,” he said.

The literature prize went to a team who analysed what makes legal documents so impenetrable. “We all had this intuition that legal language is dense, but we really need to know empirically: How bad is it?” said Francis Mollica, who worked on the study at the University of Edinburgh. The paper concluded that poor writing, not complicated concepts, is to blame. “One of the worst tendencies is centre embedding, where you take two sentences and, instead of keeping them separate, you put one inside of the other,” Mollica said. So, the exasperation of medics with legalese is not simply due to impenetrability, but because our legal colleagues don’t write very well. Some ammunition for your next run-in with an overbearing solicitor, perhaps?

Leiden University’s Eliska Prochazkova’s personal experiences inspired her research on dating that earned her and international colleagues the cardiology Ig Nobel. They found that when people on a blind date are attracted to each other their heart rates synchronise. Despite finding apparently compatible mates on dating sites, she mostly found there was no spark when they met face-to-face. She set people up on blind dates in real social settings, measured their physiological responses, and found the heart rate link to attraction.

In the experiment a man and a woman met very briefly three times while sitting across from each other with a shield in between. Facial expressions, nodding, and gestures did not reveal whether they wanted to go on another date. What did indicate romantic interest was physiological synchrony, in the form of their heart rates synchronising – something not visible to either person. What wasn’t possible to say was whether the research was evidence of “love at first sight” or not.

The prize for medicine went to researchers at the Medical University of Warsaw for showing that ice cream was more effective as cryotherapy than ice chips or ice cubes in treating oral mucositis. It is a common side-effect in patients receiving high dose melphalan and can be severe. Patients who received ice cream as popsicles on demand during melphalan infusion had a lower incidence of mucositis, the researchers found. I suspect the discovery will not come as a surprise to experienced palliative care professionals, who are adept at creating patient-friendly remedies for all kinds of oral symptoms experienced by patients.

When I worked in Canada many moons ago, crashing into a moose often led to a fatal outcome for car drivers and passengers. The creatures are enormous – I remember one resident lost his life when driving across Newfoundland at night. So, it is good to see the Ig Nobel for safety engineering awarded to Magnus Gens of Sweden for his work developing a moose crash test dummy.

The peace prize was an odd one: A very broad team of global researchers from Australia, Canada, China, Hungary, Italy, the Netherlands, Switzerland, the UK, and the US won for developing a way to help gossipers decide when to tell the truth and when to lie. I wonder who funded that seemingly inessential study?

It wasn’t a classic Ig Nobel year by any means, but it’s great to see the irreverent tradition carry on.