Colour – a matter of perception 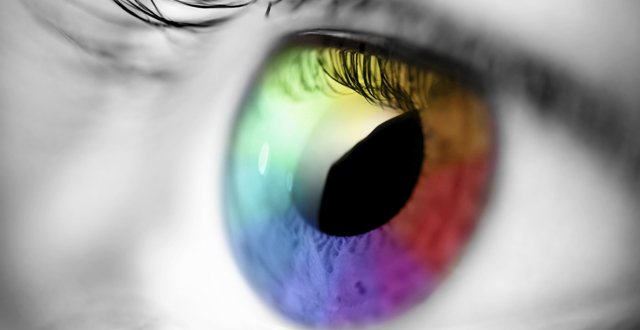 Does it matter if a doctor is colour-blind? I can think of a few situations where it might be a challenge. For instance, when your patient describes a tablet by its colour but with no hint of a name. And at a time when the dispensing of generic versions of drugs can change monthly, there is research suggesting the shape and colour differences between branded and generic drugs could be contributing to non-adherence. The Harvard study found that changing the colour of tablets contributed to people with epilepsy stopping their medication.

What about dermatology? How convincing can a colour-blind doctor be when they talk to colleagues about ‘a reddish maculopapular rash affecting upper limb extremities’?

Well, as a colour-blind MD myself, perhaps I can shed some light on what it takes to circumnavigate these difficulties. Discovering I was colour-blind in second-year med was a heart-stopping experience. It was during a microbiology laboratory session — the first one in which we looked at specimens dyed with gram stains.

I set up my slide and peered down the microscope. My peers on either side were making approving sounds as they identified the appropriately-coloured bugs. But I could see nothing!

Initially, the embarrassment kept me quiet. But when the second set of slides were equally black and white, I called over a technician. He disappeared for a few minutes before returning with an invitation to go the microbiology professor’s office upstairs.

With visions of my medical career coming to an end that afternoon, I trudged wearily up the stairs. The prof, whom I had never met before, seemed quite friendly. Without saying anything, he asked me to sit down at a table where a book was opened. It contained pages of coloured dots, some of which appeared as numbers. He asked me to go through each page and tell him what number I was seeing on each. There were several in which I could discern absolutely no number whatsoever — something that only served to increase my anxiety levels further.

Anyway, after I turned the final page, he sat down beside me and announced that I was red-green colour-blind. Seeing the panic in my face, he quickly reassured me that this was not a career-ending discovery. He told me that I would learn to compensate by identifying shapes rather than colours on the microbiology slides. And just I was leaving his office, he put his hand reassuringly on my shoulder and said: “I’ll let you in on a secret, but you mustn’t tell anyone else — I’m colour-blind and it didn’t stop me becoming professor of microbiology.”

It was brilliantly pitched and worked a dream. I skipped down the steps to the laboratory without a care in the world.

Since then, I’ve been heartened by several articles pointing out that we each perceive colour in a different way. A lot of our colour perceptions are related to feelings.

An Oxford Dictionary blog has some interesting insights: Crimson signifies a variety of strong emotions — from love, to embarrassment, to anger. English-speakers aren’t the only ones seeing red; in France, you might be rouge de colére (‘red with anger’), while in Romania, you could find yourself a vedea roșu în fața ochilor (literally, ‘seeing red in front of your eyes’).

English isn’t the only language that uses red in a financial sense. If you discover you are ‘in the red’ before your next pay packet, your European cousins will understand.  Italian, Spanish and Portuguese are just a handful of the languages that use a similar phrase to describe a negative bank balance. In the Netherlands’ there is a slight variation — when you’re broke, you say geen rode cent meer hebben (‘to not have a red cent’).

In the West, we speak of cowardice in terms of the colour yellow, as in ‘you’re a lily-livered yellow-belly’. In Buddhism, yellow has far more positive connotations: It is a symbol of humility, and thus the colour of monks’ robes. In Germany, however, yellow is associated with envy.

If red and green are my nemeses, then blue is a favourite colour. In Italy, they clearly distinguish two blues: Blue and azzurro. As well as describing the most majestic seascapes, blue represents the privileged hue of the aristocracy.

Meanwhile, violet seems to capture the colour of violence. Dutch people have been known to turn purple with rage (paars aanlopen van woede), as have Portuguese speakers (ficar roxo de raiva). It’s also the colour of bruises in some cultures, so that in Spain, you might get a ‘purple eye’ (un ojo morado) rather than a black eye, while in Vietnam, tim (purple) means bruise.

But back to my colour-blindness. Although officially red-green, in practice I cannot distinguish most shades of green and brown. It hasn’t been a problem medically, but somewhere the person who sorts out our local bottle bank must be none too pleased: ‘Who is the idiot who arbitrarily fires green/brown wine bottles into the collection point on a regular basis?’ If you’re reading this, please accept my apologies.