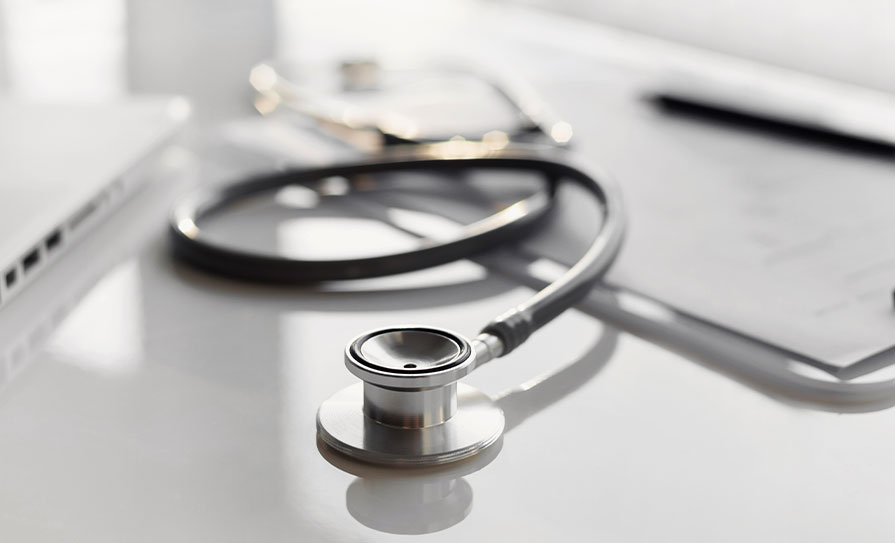 Some GP consultations are exercises in collusion and negotiation.

The doctor stuck her head into the waiting room and called the last patient of the day.

“Thank you for seeing me, doctor. I had an awful tragedy last night. I still can’t believe what happened.”

“Take a seat,” the doctor said, unperturbed, for despite her words, Margaret did not look the slightest bit injured or ill. The “awful tragedy”, the doctor figured must have happened to someone else. Margaret often visited the surgery suffering from other people’s misfortunes.

Margaret sat in the usual chair with a sigh and placed a large brown, apparently empty, shopping bag on the floor beside her. What was it with women and carrier bags? An unexplained medical symptom, the doctor wondered. ‘Excessive reliance on and attachment to shopping bags.’

“You’ll never believe it doctor,” Margaret was saying, leaning forward, her hands joined in front of her as if in prayer. “Last night, I was gathering up all my old empty medicine boxes to put them in the fire. I do that every so often. I keep them all until I have a big pile and then I burn them all together.”

Dr G shifted in her chair, but did not speak. The story would unfold in its own time. It would be counterproductive to try to rush it.

“Well, I gathered them all up and threw them in the fire and as soon as I did, I realised that I had thrown my D5s in along with them. I’m in an awful state over it, Dr G. I have none left. A tragic accident.”

The doctor sat forward, suddenly alert at the mention of D5s.

“Oh, it wasn’t anybody here,” Margaret said, barely suppressing a smirk. “It was my psychiatrist.” Margaret put added emphasis on the word psychiatrist, while at the same time raising her chin and holding the doctor’s gaze.

“I know, but I didn’t like that woman you sent me to. Your nice new assistant sent me to a lovely young man last week. He’s lovely altogether. He really listened and when he heard my story, he said that a few Valiums every day would set me right.”

“Did you tell him how much trouble you had coming off Valium, just a few years ago?” she asked in a calm, measured voice that came nowhere near masking her irritation. “Did you mention that you had addiction problems? Did he look at your file and read all the reasons why you should never be given anything addictive?”

Dr G’s voice was rising. Margaret reached into her shopping bag, withdrew a crumpled, stained brown envelope and pushed it along the desk to the doctor.

“It’s all in there,” she said. “Valium five milligrams three times a day and he will see me again in one week. That’s the day after tomorrow. The only reason I am here is that after what happened last night, I need you to replace what I threw in the fire. The psychiatrist said I was to stay on them until he saw me again, so I better do as he says.”

Dr G sighed and turned to her computer.

“You know I don’t believe you,” she said, “about the fire. Don’t believe it for a second.”

Margaret did not reply. The doctor began typing. “How many tablets did you incinerate?” she asked.

Margaret hesitated, appearing to weigh up how many tablets she could wrangle out of the doctor. Dr G stopped typing and sat with her hands poised above her keyboard, looking at Margaret, her gaze steady, her face stern. She already knew how many tablets she would give her. Margaret sat back in her chair as if resigned to her fate.

“Three,” she replied at last. “Three will do until I see the psychiatrist. Don’t worry doctor. I know you don’t like giving them to me, but I really do need them and he seems to think that they will do me no harm.

“He doesn’t know you like I do, Margaret, and you really should have told him about your previous experiences with addictive drugs. If you did, I am sure he would not have given you Valium. In any case, that script is gone to the chemist now,” Dr G said rising from her seat and opening the door to the waiting room.

“Thank you, Doctor,” Margaret said with a smile. “You always look after me. I knew you wouldn’t see me stuck.”

(Margaret is a composite character and not a real patient.)