Round-up of the most topical research presented at EULAR 2020 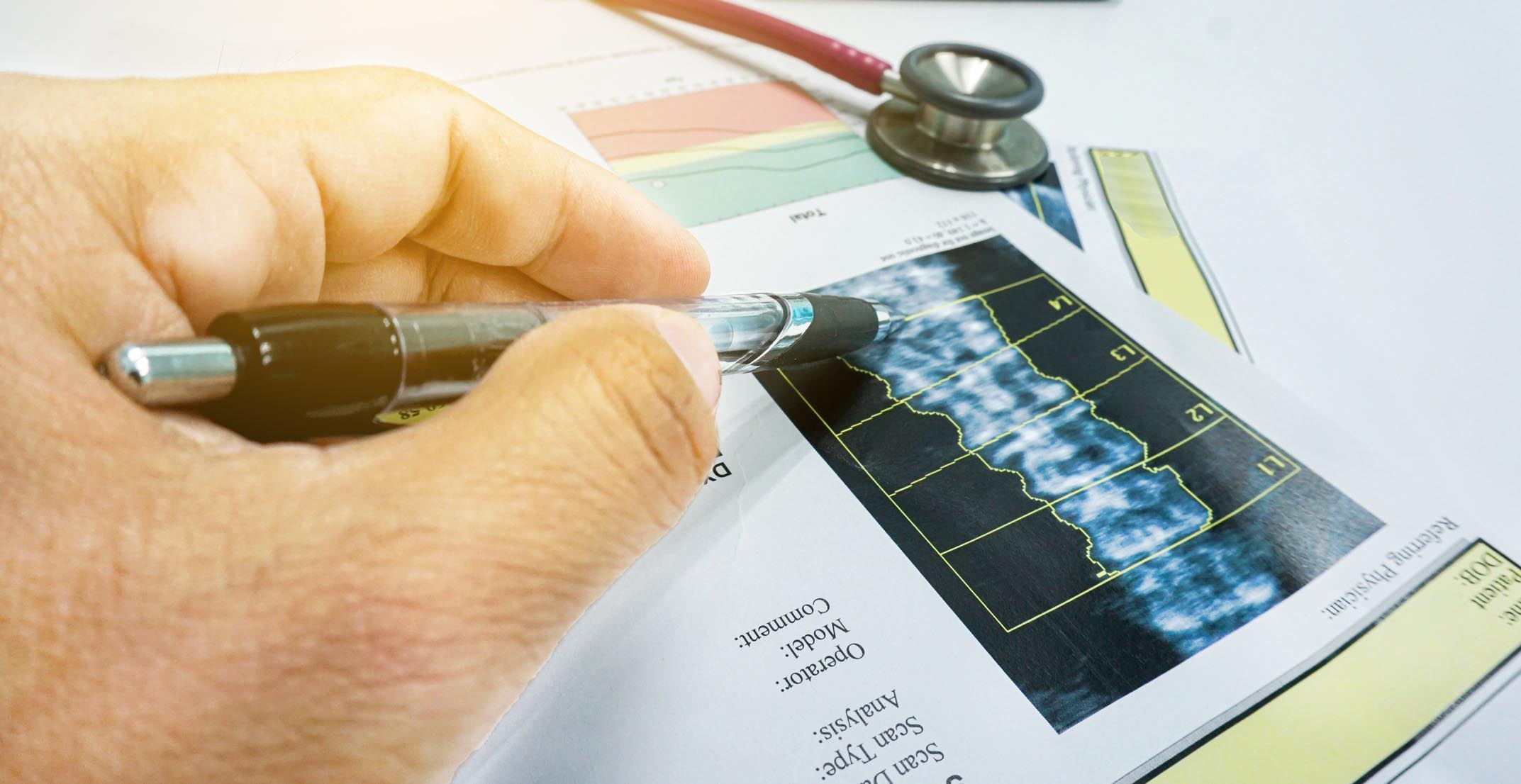 A current study published in the run-up to the European Congress of Rheumatology of the EULAR analysed, for the first time, 600 Covid-19 cases in rheumatic disease patients from 40 countries and investigated the impact of the choice of rheumatic disease therapy on potential hospitalisation and the course of Covid-19.

Data on the course of Covid-19 in patients with rheumatic conditions is still rare and limited to small numbers of cases. Patients with rheumatic diseases are concerned about the extent to which their condition increases the risk of a severe course and the impact of the intake of their immunosuppressants on this.

“There is considerable uncertainty about the drug management in the context of rheumatic conditions,” EULAR President Prof Dr Iain B McInnes from Glasgow, Scotland, acknowledged.

Scientists have now addressed the question of to what extent the different groups of drugs increase the probability of hospitalisation in rheumatic disease patients with Covid-19. For this purpose, they analysed a series of cases involving persons with rheumatic conditions and Covid-19 from the combined EULAR and Global Rheumatology Alliance Covid-19 registries, dating from between 24 March and 20 April 2020. The study included a total of 600 cases from 40 countries. The researchers analysed the patients’ age, sex, smoking status, the rheumatic disease diagnosis, comorbidities and medication against rheumatic conditions taken immediately prior to the infection.

The intake of conventional disease-modifying antirheumatic drugs (csDMARDs) — such as antimalarial drugs or methotrexate — alone or in combination with biologics (ie, TNF-alpha inhibitors), or the intake of non-steroidal anti-inflammatory drugs (NSAIDs) was not associated with hospitalisation.

The intake of TNF-alpha inhibitors was associated with a reduced probability of hospitalisation, while no association with the intake of antimalarial drugs was observed.

Treatment with more than 10mg prednisone per day — corresponding to a moderate-to-high dose — was associated with a higher probability of hospitalisation.

Less than half of the patients required hospitalisation (277; 46 per cent), while 55 fatalities (9 per cent) occurred.

This should not be interpreted as the true rate of hospitalisation and death among patients with rheumatic disease infected with SARS-CoV-2, the study authors noted.

“The study shows that most patients with rheumatological conditions recover from Covid-19, independent of the medication they receive,” says Prof John Isaacs from University of Newcastle, UK, Scientific Chair of the EULAR Scientific Committee.

“It is necessary, however, to gather more knowledge about the course of an infection with the novel coronavirus in patients with inflammatory rheumatic conditions.”

“There is an urgent need to understand the outcome of patients who have been infected with SARS-CoV-2, while at the same time receiving steroids, synthetic or biological disease-modifying anti-rheumatic drugs and non-steroidal anti-inflammatory drugs,” Dr Pedro Machado, Chair of the EULAR Standing Committee on Epidemiology and Health Services Research and co-senior author of the study, points out.

“This will support rheumatologists and other healthcare professionals, such as specialist nurses, in advising their patients and improving their care.”

New analysis from Catalonia, Spain, convincingly shows that the consumption of opioids in patients with osteoarthritis (OA/arthrosis) in 2007 to 2016 increased from 15-to-25 per cent in all patients recorded. The survey is based on the health data (SIDIAP, System for the Development of Research in Primary Care) of 80 per cent of the population of the Spanish autonomous region, which is roughly six million patients.

EULAR highlighted in the course of the Congress the growing risk of opioid abuse in Europe and called for measures to use these analgesics more safely. Around 70 per cent of opioids are prescribed in Germany for patients with chronic non-tumour associated pains. According to guidelines, they can, inter alia, be used for chronic osteoarthritis (arthrosis) pain for a four-to-12-week course of therapy. “There is an adequate, scientific evidence basis for effectiveness and safety for this indication,” says Prof Ulf Müller-Ladner, EULAR Past Chair of the Standing Committee on Clinical Affairs and Medical Director of the Rheumatology and Clinical Immunology Department of the Kerckhoff Klinic in Bad Nauheim, Germany. Then, however, they should stop being taken, as these pain relievers have strong side-effects. However, the greatest risk is their effects on the central nervous system, which are sometimes mood-enhancing and sometimes levelling effects. “This accounts for their strong addiction potential: For most patients, the physical withdrawal is therefore the most difficult,” according to Müller-Ladner, former President of the German Rheumatology Society (DGRh).

Precautions must urgently be taken so that these medications are prescribed safely, EULAR said. This applies in particular for older women who live under difficult social conditions.

Furthermore, a current study from Iceland shows that the taking of opioids is frequently not discontinued even after the source of pain has gone, but rather their consumption actually increases. Therefore, in patients with inflammatory joint diseases, the dose of their opioids actually increases, instead of them being discontinued, even after treatment with precise, effective anti-inflammatory agents, such as TNF inhibitors. “It is a matter of urgency,” says EULAR President Prof Iain B McInnes from Glasgow, Scotland. Opioid addiction has now become a significant problem there.

The risk of physical and psychological addiction development is, however, low when opioids are used as intended. “Therefore, we would like to raise awareness of a responsible approach, both by the prescribers and also the patients,” says Prof John Isaacs, University of Newcastle, UK, EULAR Scientific Committee Chair.

People with rheumatoid arthritis (RA) and increased disease activity are more often affected by thrombosis. A new Swedish study presented at EULAR 2020 showed that among RA patients with high disease activity, one-in-100 will develop venous thromboembolism (VTE) within one year, a more than two-fold increase compared to patients in remission.

Data from the German RABBIT register published by EULAR shows that this increased risk of thrombosis can be reduced by treatment with biological disease-modifying antirheutmatic drugs (bDMARD).

This is important information, especially at this time during the Covid-19 pandemic, since thrombosis and pulmonary embolism also play a major role in Covid-19 infection, EULAR noted.

Vigilance for thrombosis during the treatment of people with arthritis is particularly recommended.

Moreover, maintaining therapies to keep disease activity under control is vital. In up to 30 per cent of cases, patients die within 30 days after diagnosis from deep-vein thrombosis in the leg or pulmonary embolism. Due to chronic inflammation in RA patients, the risk of dangerous deep-vein and pulmonary thrombosis is two-to-three times as high. The factors promoting thrombosis in RA patients and medications that potentially reduce the risk have now been examined in two important studies.

A Swedish cohort study examined whether the degree of disease activity has an impact on the thrombosis risk. The team around Viktor Molander, PhD student at the Karolinska Institutet in Stockholm, analysed the data of 46,311 RA patients taken from the Swedish Rheumatology Quality Register (SRQ) over a period of 12 years. For the measurement of disease activity, the Disease Activity Score 28 (DAS28) was used.

The study indicates a close connection between the clinical disease activity of RA measured by DAS28 and the risk of VTE, concluding that “among patients with high disease activity, one-in-100 is going to develop VTE within the following year, a more than two-fold increase compared to patients in remission”.

Biologics can reduce the risk of thrombosis, so the question of whether the risk of thrombosis is reduced by application of bDMARDs such as TNF inhibitors in comparison to conventional synthetic DMARDs (csDMARDs) was addressed in a German scientific study. For this purpose, the team has analysed the data of more than 11,000 RA patients in the German RABBIT register, who were treated either with another csDMARD after at least one csDMARD failure, or whose treatment was switched to bDMARD.

By treatment with TNF inhibitors, the risk of major VTE events was reduced by almost half in comparison to csDMARDs. According to the RABBIT data, an increase in inflammatory activity was also associated with a significant increase in the risk of VTE: The risk was approximately twice as high as a CRP value of at least 5mg/l.

“For patients with an increased risk of thrombosis, alternative treatment with TNF inhibitors, and possibly other biologic drugs, should be considered instead of standard csDMARD treatment,” concludes Dr Anja Strangfeld, study manager at the RABBIT register.