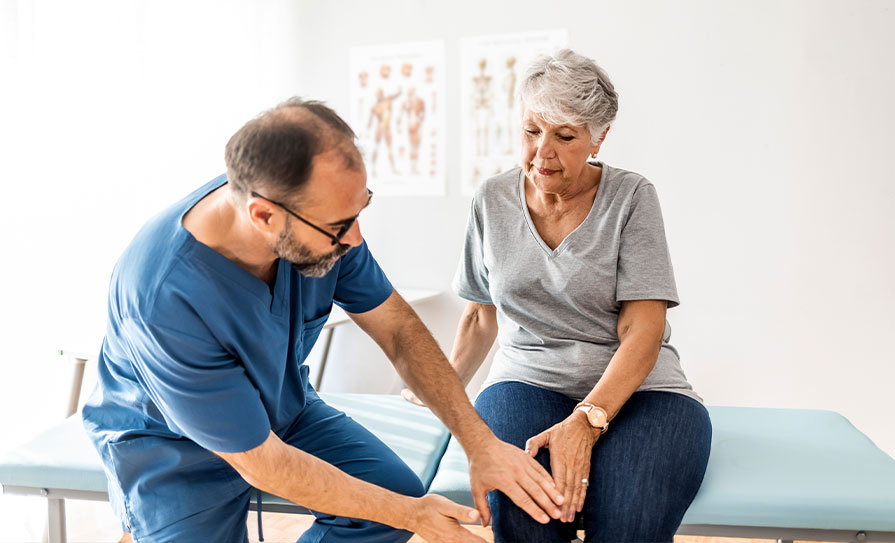 Three abstracts presented at the 2022 EULAR Congress shed new light on risk of a wide range of comorbidities following osteoarthritis (OA) diagnosis, the impact of body weight on structural defects, and the need for knee replacement surgery.

Results suggest prevention of overweight and obesity from young adulthood could have a major impact on the burden of knee OA, and associated healthcare costs.

Previous studies have shown that patients with OA have a higher risk of developing comorbidities; however, much research has focused on only a few conditions, or did not consider the chronology of disease onset relative to OA.

Dr Anne Kamps and colleagues set out to determine the risk of comorbidity following knee or hip OA using electronic health records from patients in the Netherlands.

The study population consisted of over 1.8 million patients, and examined 58 comorbidities. Overall, there was increased risk of being diagnosed with 11 of these comorbidities after a diagnosis of knee OA.

The comorbidities were extremely varied, ranging from other rheumatic and musculoskeletal complaints such as gout, back, and neck pain, to anaemia, cataracts, chronic kidney disease, coronary heart disease, hearing loss, obesity, sleeping disorders, and thromboembolic disease.

There were no negatively-associated comorbidities as for all other comorbidities the HRs of hip OA were non-significant.For people with OA in the hip, seven comorbidities showed a statistically significant link. As for knee OA, this included anaemia and sleeping disorders.

The other linked diseases were fibromyalgia and spinal disc herniation, as well as atrial fibrillation, peripheral vascular disease, and solid malignancies. These findings suggest that the management of OA should consider the risk of other long-term-conditions, but further research on causality is needed.

Over a period of 12.4 years, 5.4 per cent of participants had TKA. When compared to the trajectory of people with lower normal to normal BMI, the HRs for TKA increased in all other BMI trajectories. Most of the burden of TKA and associated healthcare costs occurred in those who had a normal BMI in young adulthood and transitioned to being overweight or obese in midlife. The authors estimated that 28.4 per cent of TKA would be reduced if individuals followed the trajectory that was one lower – representing a saving to the national health system of AUD $373 million.

This would require a weight difference of 6-8kg and mean that at a population level, a significant reduction in TKA and associated healthcare costs could be achieved by preventing this level of weight gain from young adulthood to midlife.

Body weight was also addressed in a study from Zubeyir Salis and colleagues. Scores from radiographic analyses of knees at baseline and at four-to-five years’ follow-up were obtained from three independent data sets in the Netherlands and the US.

Osteophytes of the tibial and femoral surfaces were also seen on the medial, but not the lateral, side of the knee. The group concluded that each one-unit reduction in BMI is associated with a 5-to-8 per cent decrease in the odds of the incidence and progression of the structural defects of knee OA.

This supports the idea that weight loss is of benefit in people with and at-risk of OA.