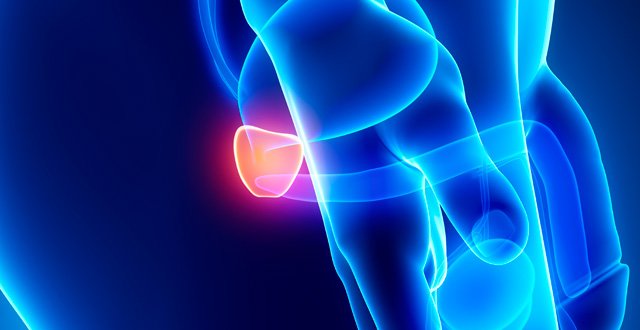 Prostate cancer is one of the most commonly-diagnosed cancers in Ireland and accounts for almost 30 per cent of the total number of cancers diagnosed in men (excluding non-melanoma skin cancer).

The National Cancer Registry Ireland (NCRI) estimates annual average incidence to be 3,665 patients in the period 2017 to 2019. This translates to a 12.5 per cent risk of developing prostate cancer before the age of 75 years and an average age of diagnosis at around 67 years. In terms of mortality, from 2014 to 2016, prostate cancer accounted for 525 deaths annually, making it the third most common cause of cancer death (just over 11 per cent of the total cancer mortality).

Trend data from the NCRI shows significantly increasing prostate cancer incidence in Ireland in the last 30 years, with around 1,000 cases per year in the early 1990s to over 3,600 in 2017. These increases have, in part, been due to the use of opportunistic screening using the PSA test to diagnose prostate cancer at an earlier stage, according to the NCRI, which led to the diagnosis of many indolent cancers that may not have presented symptomatically during the man’s lifetime.

These changing patterns in prostate cancer burden present significant challenges for service planning and patient care, and in recent years it was agreed that Ireland can no longer depend on routine incidence and survival data to measure the quality of care, as prostate cancer is increasingly characterised as a chronic rather than acute disease.

Irish Prostate Cancer Outcomes Research (IPCOR) was funded in 2014 by the Irish Cancer Society and the Movember Foundation as a five-year project to follow men diagnosed with prostate cancer through their cancer journey, aiming to provide the information necessary to inform and improve care for men living with the disease and the consequences of its treatments.

IPCOR is a clinical research programme led by a group of clinicians engaged in treating prostate cancer in Ireland and consists of a nationwide prostate cancer registry, which captures high-quality information from newly-diagnosed prostate cancer patients in the Republic of Ireland across public and private hospitals.

IPCOR investigators include a urologist, a medical oncologist, a radiation oncologist, a cancer epidemiologist and the research manager at the NCRI. Data collected involves both detailed clinical information and patient-reported outcome measures (PROMs).

In collaboration with the NCRI and the Clinical Research Facility in Galway (HRB-CRFG), IPCOR systematically tracks the most important outcomes of Irish men diagnosed with prostate cancer, including the type of treatment they are receiving, and patient’s self-reported experiences of care, their physical and mental wellbeing and health-related quality of life.

The registry generates robust data on a range of important clinical outcomes of men with prostate cancer and assesses processes, consistency and quality of prostate cancer care.

By bringing together, for the first time, data on clinical and patient-reported outcomes that have been collected over time, the registry will ultimately lead to the improvement of patient experiences and maximise quality-of-life for men diagnosed with prostate cancer in Ireland.

Through its provision of evidence-based data and recommendations to clinicians, hospitals, decision-makers and the National Cancer Control Programme (NCCP), IPCOR promotes equal access to services and improvements in care nationally.

The latest published IPCOR annual report, for 2018, represents the initial registration and diagnostic details captured on men diagnosed with prostate cancer at the 16 participating IPCOR hospitals between February 2016 and December 2017, which represent 80 per cent of patients treated for prostate cancer in Ireland during this period. Future annual reports aim to eventually include all hospitals which treat prostate cancer patients, as well as additional clinical data across the patient journey, and patient-reported outcomes.

Men under the age of 70 are more likely to be diagnosed via the NCCP Rapid Access Prostate Clinics in the public hospital system, than in the private hospital system.

According to IPCOR data, a typical man had a diagnostic biopsy 49 days after an elevated prostate specific antigen (PSA) blood test, and was informed of their prostate cancer diagnosis at 79 days following the PSA test.

The report also highlighted significant differences in waiting times between the public and private hospitals; the time from PSA blood test to biopsy was shorter for patients who had their biopsy in a private hospital (32 days v 56 days), as was the time from PSA test to being informed of a prostate cancer diagnosis (55 days v 85 days). This is unlikely to be of any clinical significance, said IPCOR. However, prostate cancer patients being treated in private hospitals were three times more likely to access an MRI scan before their biopsy. This would allow these men to have more accurate targeted prostate biopsies. The report also found  long waiting times for MRIs in the public sector. In total, four out of every five men had a prostate MRI and, of these, 43 per cent had their MRI before their biopsy.

In relation to the use of CT scans, as men’s CAPRA risk score increased, they received more staging CT scans, in line with expectations. The occasional use (<20 per cent of patients) of CT imaging in low- and intermediate-risk disease requires further evaluation (Department of Health, 2015).

Commenting on the findings, Dr David Galvin, IPCOR Principal Investigator and Consultant Urologist, said the registry wants to be a catalyst to enhance prostate cancer care, improve patient experience and maximise quality-of-life for men diagnosed with prostate cancer in Ireland.

“The report’s findings show how important it is for men to have a conversation with their doctor about their prostate health. Generally, prostate cancer only causes symptoms when it becomes advanced. The best chance we have to treat and cure the disease is to catch the cancer early, before symptoms develop. Therefore, we would encourage men from the age of 45 to speak to their doctor about their prostate health.”

While IPCOR normally publishes its annual report in November, the programme told the Medical Independent that “at present, it is collecting an extensive follow-up dataset on the men registered to the IPCOR database and as a result, we will not be releasing a report until this is completed and the data is analysed. We will likely release a report in mid-to-late 2020.”

As outlined in the IPCOR Report 2018, there are a number of ambitious plans for the future of the registry. IPCOR has successfully convened a patient panel to advise the investigators and the future direction of the project and its research. The next report, due in 2020, will detail the clinical follow-up and patient-reported outcomes on thousands of Irish men with prostate cancer. Movember in Ireland have launched the TruNTH initiative to support men with prostate cancer and through patient-reported outcomes, IPCOR aims to allow patients to tell their outcomes.

As IPCOR comes to the end of its current funding period in 2020, a new proposal has been presented to funders for an expanded research programme, combining patient registration, patient-reported outcomes and survivorship programmes.

Ensure decisions about prostate cancer care are transparent and based on high-quality data.

Compare Irish prostate cancer care with care around the world and ensure men in Ireland receive the highest standards of care.