Prescribing antipsychotic medication in the treatment of schizophrenia 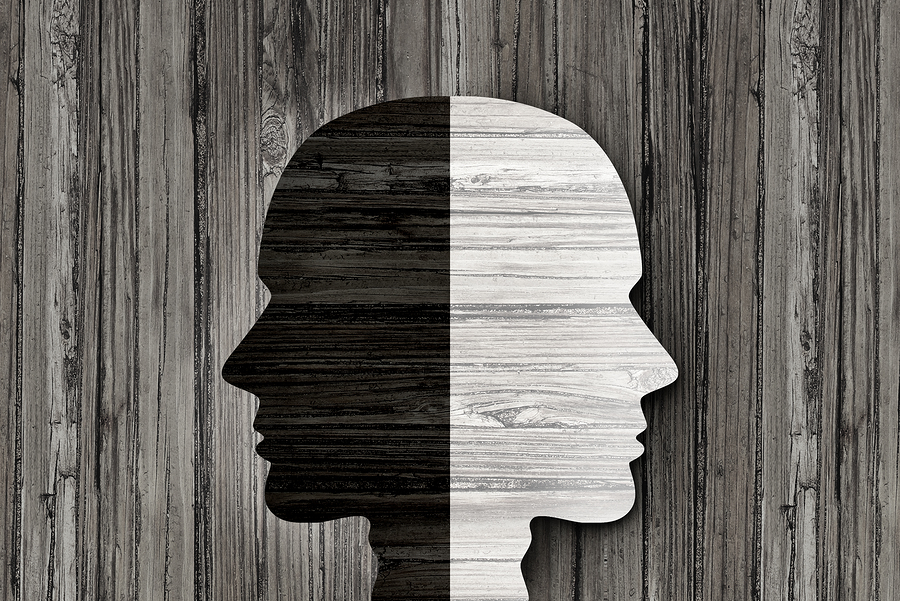 A 33-year-old female with a known diagnosis of schizophrenia was attending an outpatient psychiatric clinic. She had first developed symptoms of psychosis two years earlier when she became paranoid and thought people were laughing at her. She also believed that she could hear two people plotting her demise and she felt convinced that members of the public were aware of her thoughts, as though they were being broadcast to them via radio waves. She suspected that a microchip had been inserted into her brain when she was sleeping, through a new neurosurgical technique. Whereas initially she had sought multiple brain scans to seek proof of the microchip implantation, with antipsychotic treatment these requests had stopped. Prior to the onset of her illness she was working at a telephone call centre but her performance at work deteriorated as she became more unwell and eventually, before being admitted to hospital, she lost her job.

The patient achieved a remission of her symptoms following treatment with olanzapine 15mg nocte, a second-generation antipsychotic that is thought to achieve its antipsychotic effects by binding the 5HT2A and D2 receptors in the brain. Olanzapine was chosen due to its effectiveness and lower propensity for elevating prolactin than some of the other antipsychotic medications considered. She tolerated the medication well initially but eventually noticed that she felt hungry much of the time. She found that she was getting up at night to eat as her appetite was insatiable. Unfortunately the increase in her appetite contributed to a 10kg gain in weight over a one-year period which was very demoralising for her.

It was considered that olanzapine was causing her increased appetite via its antagonistic effect on 5HT2C receptors in the brain. Attempts to reduce the dose of olanzapine at her request led to the re-emergence of paranoia and therefore she had to be maintained on the dose of 15mg. She joined a gym and attended a dietitian as part of a combined healthy eating and physical activity programme. Regular exercise and a change in diet initially led to a stabilisation of her weight but the new routine proved intolerable and she eventually discontinued her efforts and started to gain more weight. Following a review of treatment options, metformin was commenced in the hope of reversing some of her weight gain. Unfortunately the benefit seemed limited and the patient felt nauseous on the metformin. Therefore, in order to manage the weight gain she had experienced, she requested a change in antipsychotic medication.

The following options were suggested to her for consideration with explanations why as summarised below:

a   Quetiapine — minimal effect on prolactin levels, but relatively high-risk of weight gain

e   First-generation antipsychotics such as zuclopenthixol, haloperidol, flupenthixol — potentially higher risk of elevated prolactin than olanzapine but less likely to cause weight gain

She chose a trial of aripiprazole given its favourable metabolic side effect profile and the low risk of any changes to her prolactin levels. Olanzapine was slowly reduced and eventually discontinued in conjunction with the initiation and titration of aripiprazole. Although her appetite normalised she unfortunately developed mild akathisia and restlessness at night once aripiprazole was titrated to 20mg daily. At that dose of aripiprazole she also noticed very mild paranoia re-emerging once olanzapine was discontinued. In frustration she stopped taking the medication but did not tell her treating doctor.

Six weeks later she became highly paranoid, perceived externally located voices speaking about her in a threatening and derogatory way and she developed persecutory delusional beliefs. She was brought to the emergency department in a frightened and agitated state and was admitted voluntarily to the psychiatric admissions unit. Although ambivalent about recommencing antipsychotic medication due to her experiences of side-effects, she eventually consented to a trial of amisulpride. This was titrated to a dose of 400mg twice daily. She found the medication tolerable and a full remission of symptoms was achieved. She made a full recovery and was discharged from hospital.

Three months later, at outpatient review she reported amenorrhoea. She was not distressed by the symptom and only reported it on direct questioning. Her prolactin level was checked and found to be significantly elevated (2800 mIU/L). MRI brain revealed no evidence of any pituitary abnormality. It was considered that amisulpride had caused the elevated prolactin level. She was advised in relation to the risks of untreated hyperprolactinaemia including amenorrhoea, reduced bone mineral density and the potential increased risk of breast malignancy. Given her very good response to amisulpride, and her reluctance to revert to an antipsychotic that may cause weight gain, the option of a trial of augmentation with a low dose of aripiprazole was proposed. This was commenced at a dose of 5mg daily and led to a normalisation of prolactin levels, followed three months later by the resumption of her menstrual cycle.

Antipsychotic medication is the primary treatment of paranoid schizophrenia. Whereas there is considerable evidence supporting the prescription of clozapine for people with treatment-resistant schizophrenia, for all other patients with schizophrenia there is a limited evidence base to support doctors in choosing which antipsychotic to treat their patient. Therefore it is recommended that doctors involve their patients in the choice of medication, considering the potential side effect profile of the various agents and the person’s own preference and individual clinical characteristics. After choosing an antipsychotic, one must thereafter monitor for side effects and manage them as they arise in order to minimise the risk of a patient discontinuing treatment, an event that typically leads to a poor outcome.

Paranoid schizophrenia is an enduring psychiatric illness that affects approximately 1 per cent of the population. It tends to develop in late adolescence or early adulthood, with males affected at a younger age than females, on average. Treatment is with antipsychotic medication.

Extrapyramidal side effects are considered to be due to D2 antagonism in the nigrostriatal pathways of the brain.

Weight gain is affected by the extent to which the medication binds 5HT2C receptors (antagonistic effect).

Sedation is linked with binding of histamine H1 receptors.

Hyperprolactinaemia is a predictable effect of dopamine antagonism, as dopamine inhibits prolactin release.

Side effects tend to be dose-related and therefore the lowest effective dose of any antipsychotic medication should be used.

Antipsychotics are currently categorised as being either ‘first generation’ (pre-1990) or ‘second generation’ (post 1990) depending on when the drug was introduced for use in the treatment of schizophrenia. It hasn’t been a particularly fool-proof way of categorising them. Whereas, on average, the older first-generation antipsychotic medications are associated with having a greater propensity for causing extrapyramidal symptoms and the newer second-generation antipsychotic medications are associated with an increased risk of metabolic side effects, there are exceptions to these generalisations rendering them unhelpful. Each drug should be considered on its own merits, based on its individual side effect profile, taking into consideration the particular patient receiving treatment and the side effects that are most important to avoid for the particular individual. For some individuals, whether or not a drug is available in depot formulation may be the most important consideration.

The greatest challenge for psychiatrists in treating people with paranoid schizophrenia, and for those with the illness who must take antipsychotic medication in order to alleviate distressing symptoms, is the side effect profile of the medications. Although it is well established that clozapine is superior to all other antipsychotic medications in the treatment of refractory psychosis, there is not a solid evidence base supporting the ranking of other antipsychotic medications against each other. The discussion then, when choosing a treatment for a person with paranoid schizophrenia, is around the potential side effects of any particular agent and the potential management strategies for those side effects should they arise.

A side effect that is particularly problematic for women of child-bearing age is hyperprolactinaemia. This can cause amenorrhoea, which can have several negative consequences for their long-term health including infertility, reduction in bone mineral density and a potential increased risk of some forms of breast cancer. Therefore it is likely that strong consideration will be given to initiating an antipsychotic with low potential for this side effect when treating younger women with paranoid schizophrenia. Unfortunately, with the exception of aripiprazole, many of the remaining prolactin-sparing choices can be associated with a greater potential for weight gain — therefore there are few easy options. Fortunately, hyperprolactinaemia can be less problematic for males (but can cause sexual dysfunction and galactorrhoea) and therefore it would not be unreasonable to prioritise the avoidance of weight gain even at the cost of the risk of higher prolactin levels when considering options for treating males.

In spite of having side effect profiles that can prove challenging, there is very little doubt that people with paranoid schizophrenia do better with antipsychotic mediation treatment than without. Large studies have shown greater life-expectancy for those with schizophrenia on antipsychotic medications as opposed to those who decline treatment as well as a significantly lower risk of relapse of psychosis. Therefore, the task of the skilled psychiatrist will be to find a way of working with the patient in identifying and managing the potential side effects of their treatment, thereby allowing continuation of treatment.

The use of antipsychotics is associated with increased risk of head and brain injuries among persons with Alzheimer’s disease, according to a recent study from the University of Eastern Finland. The risk increase was highest at the initiation of antipsychotic use. The results were published in the Journal of the American Geriatrics Society (JAGS).

“As adverse effects, antipsychotics may cause sedation, orthostatic hypotension, and arrhythmias, which all may lead to falls. Among older persons, falls are the most common reason for traumatic brain injuries,” researcher Vesa Tapiainen explains as a possible mechanism for the association.

The use of antipsychotics should be restricted to the most severe symptoms (such as severe aggression, agitation or psychosis), the study authors noted: “Following care guidelines and by carefully considering benefits and risks of adverse effects and events could possibly lower the incidence of head injuries and traumatic brain injuries.”

Meanwhile, a separate study by a University of Eastern Finland researcher found that treatment of pain in Alzheimer’s patients is a challenge, with a need for regular re-assessment of the medication used and the duration of treatment.

There is a scarcity of research into how well analgesics alleviate pain among persons with Alzheimer’s or what kinds of safety issues are associated with analgesic use in this population, said study author Researcher Aleksi Hamina, MSc (Pharm.), who analysed the use of opioids and other painkillers in more than 70,000 people diagnosed with Alzheimer’s disease in Finland.

“We found that when people with AD were prescribed an opioid analgesic, use of antipsychotics and benzodiazepine drugs began to decrease. This could indicate better management of their pain, although it is impossible to know for certain from the data we used,” Hamina points out.