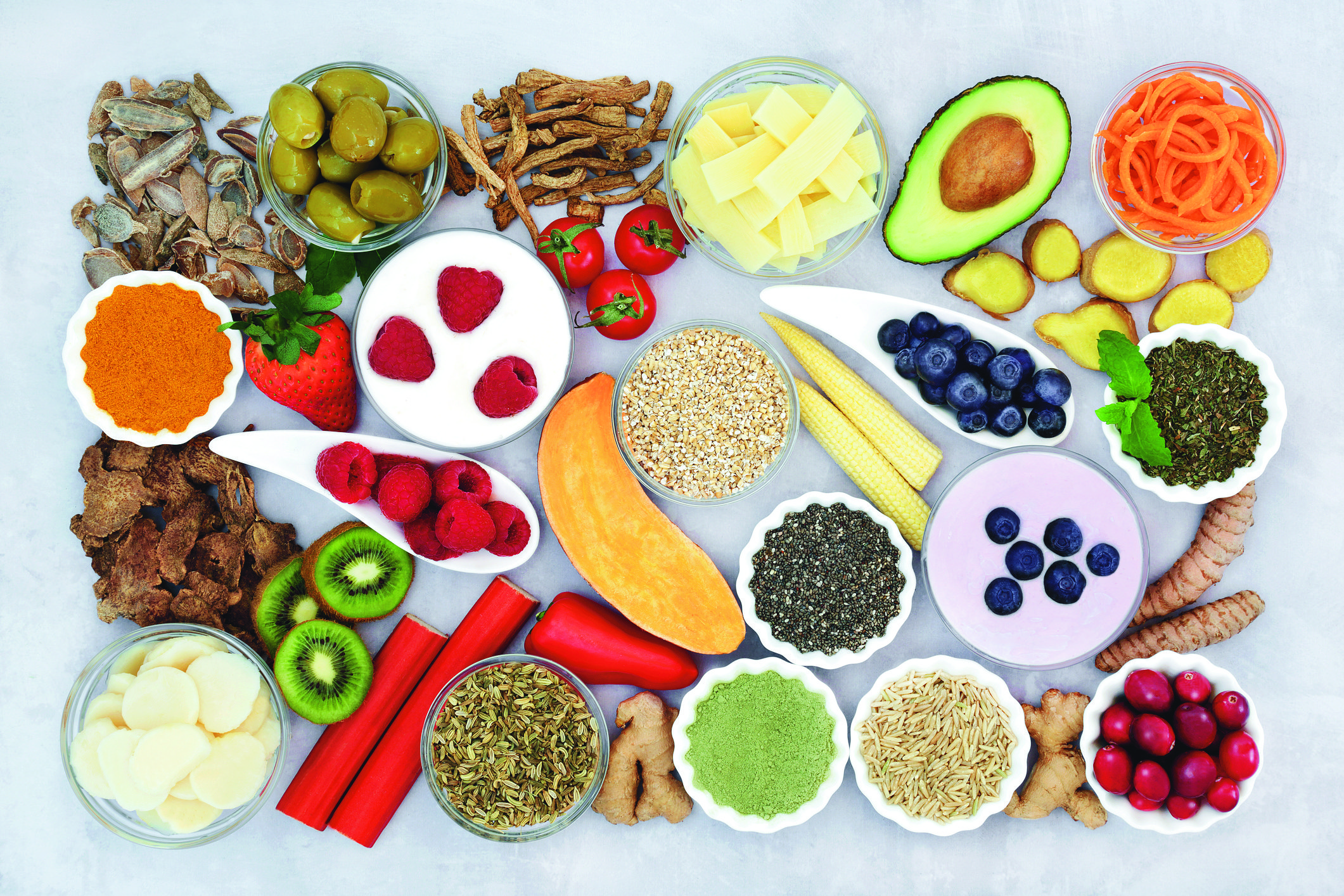 Nutrition is high on the agenda for those with, and those treating, inflammatory bowel disease (IBD). The Irish Society of Colitis and Crohn’s (ISCC) surveyed their members in 2015 and the results showed that 34 per cent were using some form of alternative non-medical treatment.

Of this 34 per cent, 71 per cent were using dietary management and 57 per cent felt diet could be a trigger of their symptoms. Furthermore, 61 per cent believed that IBD specialists disregarded the importance of diet, which is a worrying statistic given that many IBD patients still do not have access to a dietitian.

In 2009 the UK IBD standards group stated that “all IBD patients should have access to a dietitian with a specialist interest in IBD”. This had not been met when reviewed in 2013. In 2006 they audited 75 per cent of UK hospitals where the median number of dietitian sessions dedicated to gastroenterology was two per week.

Only 52 per cent of patients admitted with Crohn’s disease were weighed and only 37 per cent were seen by a dietitian. The standards recommend minimum staffing of 0.5WTE dietitian per 250,000 population. This works out at a caseload of 1,000 per 0.5WTE for the 240,000 patients with IBD in the UK which seems grossly inadequate given the aforementioned nutritional consequences of this disease.

At the time of writing there are only three clinical specialist dietitian posts currently dedicated to the roll-out of dietitian-led functional GI disorders (FGIDs) services and a handful of senior dietitians specialised in gastroenterology in Ireland. This staffing is clearly insufficient to deal with the rising incidence of IBD.

Role of diet in IBD

Diet has two major roles in IBD – adjuvant and primary therapy. Basic nutrition support is used as an adjuvant or supportive therapy to prolong effects of drug therapy and prevent and treat malnutrition in both Crohn’s and ulcerative colitis (UC).

Both exclusive enteral nutrition (EEN) and partial enteral nutrition (PPN) can be used as primary therapy instead of medication to achieve remission in certain patients with an acute exacerbation of Crohn’s disease. Nutritional intervention is tailored to each individual and depends on disease type, location, phase, surgical history, comorbidities, therapeutic goals, patient preference, and team consensus. There are many variables.
The limitations of diet should be outlined to patients to address any misconceptions.

Diet can contribute to or ease symptoms but it does not cause a flare. It can induce remission in carefully selected cases, but it must not replace medications if they are prescribed. It cannot cure IBD but there is evidence to show diet may prevent IBD developing in the first instance. A better understanding of the gastrointestinal microbiota may provide some clues between diet and the aetiology of IBD also.

Using visual aids of the gastrointestinal tract (GIT) can help patients understand how IBD impacts nutrition and vice versa. Not all dietary therapies used by patients are evidence based. Due to gaps in research patients are seeking their own ‘cure’. Interest in diets such as the specific carbohydrate diet (SCD), gut and psychology syndrome (GAPS) and paleo diet is growing along with gluten-free and low FODMAP.

It is well documented that there is an increased risk of developing malnutrition in IBD. Studies show that up to 85 per cent of hospitalised patients suffer from protein energy malnutrition (PEM). A wide variation in rates of malnutrition is reported in the literature due to differences in assessment criteria, disease type, severity, and phenotype.

Crohn’s appears to have a greater nutritional insult than UC with higher rates attributed to it when we look at each condition separately – Crohn’s disease 80 per cent, UC 18-to-62 per cent. Up to 75 per cent of our patients experience weight loss and 50 per cent present in negative nitrogen balance. Healthcare professionals caring for patients with IBD should be aware of these risks and know when to refer their patients to a CORU-registered dietitian.

It is very easy for these patients to slip into a malnourished state. In the active phase, IBD is an anorexigenic disease due to increased proinflammatory cytokines IL-18 and TNF alpha which, along with altered GI hunger hormones GLP and leptin, make it counterintuitive to eat. Food aversions and fear of eating, otherwise known as sitophobia, can occur which is understandable given that diet and the GIT are inextricably linked.

Self-imposed dietary restrictions in an effort to control GI symptoms can compound malnutrition further. Fatigue is extreme and extra GI manifestations such as arthritis can hinder food preparation. Odynophagia due to oral aphthous ulcers can also reduce oral intake. It can be helpful to measure and monitor food related quality-of-life (FRQol) at each consultation. Increased nutrient, fluid and electrolyte losses due to malabsorptive symptoms, like diarrhoea, high output stomas or fistulae, lead to wide-ranging deficiencies and deficits.

Lean body mass (LBM) and muscle function are significantly reduced in all stages of disease, a known predictor for the development of osteoporosis. Body fat distribution differs too – a depletion of visible fat and increase in intra-abdominal fat over time may play a role in the inflammatory process. Screening tools and BMI do not detect these changes.

Useful anthropometric methods include skinfold thickness, mid upper arm circumference (MUAC), dynamometry, and newer generation bioelectrical impedance analysis (BIA) technology. The use of DEXA reports and CT should be explored for this purpose too given that many IBD patients undergo these investigations routinely. Positive or negative changes in body composition may be due to IBD medications. Steroids increase fat mass, fluid retention, and create a false appetite.

Infliximab (IFX) determines weight gain by achieving remission. It is important that patients receive counselling on these side effects prior to starting, particularly in those who are already overweight or obese and are keen to reduce or maintain weight.

Consequences of undernutrition in IBD

Consequences of undernutrition in IBD are similar to other chronic diseases. Patients should be optimised at all times but particular emphasis should be put on their status pre surgery to ensure best outcomes. PEM leads to increased septic complications following GI resections, and post-operative anastomotic leakage has been cited in those who lose more than 5kgs weight prior to surgery.

So if malnutrition is identified at pre-surgical assessment, the dietitian must recommend that surgery is delayed for seven-to-14 days for intensive nutrition support to prevent such consequences. If, however, surgery cannot be delayed, as is the reality for cases of toxic megacolon, total obstruction, ischaemia, or other such emergency indications,
nutrition support should be given immediately post-op.

Malnutrition occurs in quiescent disease or remission too with approximately 40 per cent of patients overweight. This trend is a concern and patients should no longer be encouraged to have a buffer of excess weight between flares. Studies show those with high BMIs are more prone to developing active Crohn’s disease and requiring surgery sooner than those in the ideal range.

It is important to recommend healthy eating for weight management and be explicit when prescribing exercise. A twice-weekly programme of resistance training is required to correct changes in body composition. IBD patients require ongoing and regular monitoring of their nutritional status after they are discharged from hospital. This currently takes place in specialist hospital outpatient clinics if a dietitian service exists. Alternative models of care in primary care should be explored.

Assessment of micronutrients should be carried out routinely due to the impact deficiencies can have on outcomes. Supplementation is required due to some drug-food interactions such as sulfasalazine. Low vitamin D is associated with increased risk of surgery and hospitalisation in IBD. The literature also mentions that deficiency alters efficacy of medication. Vitamin D was the most common micronutrient deficiency noted in an Irish cohort followed closely by haematinics such as iron, folate and B12.

Optimising zinc levels may improve gut integrity in Crohn’s. One caveat in the interpretation of micronutrients is the degree of inflammation at time of sampling, so not only should a clinician check if inflammatory markers such as CRP are raised but note how much they are raised. An accurate Vitamin D level, for example, may not be attained until CRP is less than 10, which for many with acute IBD will not be during an inpatient stay.

Similar CRP thresholds are suggested for other micronutrients. Seek and treat all deficiencies using local guidelines. Calcium should also be supplemented if intake is low. Beware of the possibility of transient lactose intolerance in those with small bowel Crohn’s and recommend dairy alternatives to meet calcium needs until resolved.

Iron deficiency anaemia (IDA) increases morbidity and mortality but treating it improves quality-of-life independent of disease activity. The anaemia seen in IBD patients is usually a combination of IDA and anaemia of chronic disease (ACD). ACD is caused by blood loss, disease severity or phenotype and focus should be on resolving the underlying cause such as giving RCC or treating the disease not giving iron.

Iron supplementation should be given in cases of IDA alone – no evidence in IBD (but extrapolated from management of IDA in other conditions like heart failure). Excess iron is not absorbed in inflammatory states. CRP is a surrogate marker for hepcidin – a peptide that regulates iron absorption.

If high, give IV as enteral absorption blocked hence difficulties tolerating oral iron. IDA recurs quickly following IV replacement so restart when ferritin <100 or HB <12. Check levels three-monthly in active disease. There is a useful reference table for iron requirements based on weight and haemoglobin level cited in ESPEN guidelines 2017.

In the acute phase and if malnourished, a high-calorie high-protein diet is recommended for most with careful consideration of hydration and micronutrients. Fibre may be restricted temporarily or long term in the case of stricturing disease. In remission and in well-nourished states there are no blanket restrictions and patients are advised to follow healthy eating and lifestyle advice to maintain nutritional status between flares.

If nutrition is chosen as the primary treatment for Crohn’s, EEN in the form of a polymeric formula is administered orally or via nasogastric tube for a minimum of 10 days for a duration of four-to-six weeks with close dietetic supervision. EEN can be used as a bridging treatment until a medication takes effect or during medication-free periods pre and perioperatively. Parenteral nutrition (PN) should not be used as primary treatment of inflammatory luminal Crohn’s disease.

Bowel rest has not been proven to be more efficacious than nutrition per se. The most common indication is the presence of short bowel syndrome. PN is indicated for those who are malnourished, have inadequate or unsafe oral intake, or a non-functioning, inaccessible or perforated gut. Specific indications include obstruction, high intestinal or fistulae output.

One size does not fit all and nutritional intervention must be tailored to the individual. Dietary advice depends on type of IBD, phenotype, location, severity, previous surgeries, symptoms, nutritional status, and comorbidities. As in other chronic diseases, obesity is the new face of IBD. We are seeing less of the classic underweight presentations; therefore it is harder to spot malnutrition, but it is there and most certainly worsening the disease course of our patients.

Implementing nutrition-focused physical findings as part of NCP will only help to identify patients most in need of our care. Assessment of nutritional status at regular intervals regardless of disease phase or care setting is key to optimising the patient throughout the course of their disease. Emerging research in areas such as fibre, pre and probiotics, curcumin and emulsifiers mean advancements in the nutritional management of IBD are on the horizon. Service infrastructure needs to be improved, however, so that all those with IBD can access a CORU-registered dietitian.