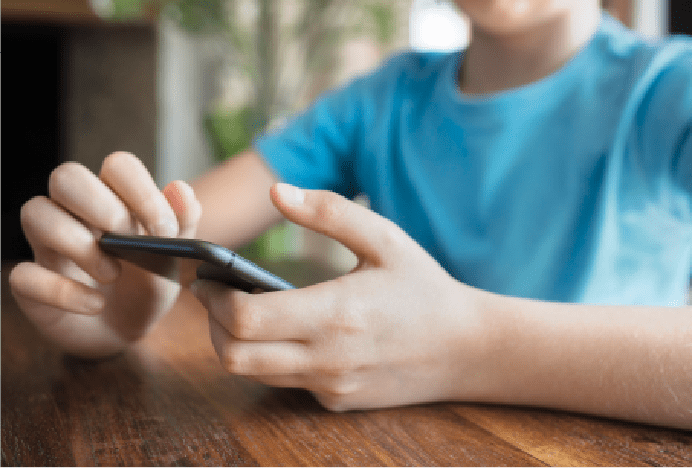 The usage of social media and the Internet has become an essential part of modern life; intertwined with the availability of socialising, educational information and now a majority of work opportunities.

In recent times, these advancements in technology have increased the consumption of social media by young people, including school children. However, it has been posited that the excessive use of social media by modern society has caused both acute and sustained changes in the brain structure and cognitive functioning of school-aged children.

The line between entertainment and socialising has become blurred. School children are more interested in seeing what is going on in others’ lives than caring about their own lives. The brains of school-going children are very impressionable.

Seeing millions of people online who are socially recognised and rewarded can make young children compare their lives with the fake ones of social media users. They develop fear of missing out, self-absorption, and, in severe cases, depression and anxiety.

Several studies done in Ireland have shown that the excessive usage of social media by school children can affect their learning processes and thus they can suffer from lack of concentration, procrastination, low academic grades, and can be more vulnerable to cyber bullying.

One thing that has been shown by research is that young children who join social media at a school-going age can develop the demand of being the centre of attention in every scenario.

Rather than deciding their actions on what is wrong and what is right, they decide their actions based on what will bring them attention. Secondly, social media has been known to promote ‘media multi-tasking’, which has been found to interfere with sustained concentration.

Several studies have explored the delicate relationship between memory and excessive use of the Internet. School-going children who are completely reliable on social media as an endless source of information are not capable of activating certain parts of the brain, which are important for long-term memory storage of the obtained information.

Such strong relationships between offline and online life clearly show how the artificial life of social media can have a huge impact on real life. In short, the ongoing situation of a social media society can have consequences in real world society.

About 18.5 per cent of the population of Ireland has been classed as experiencing a mental health problem. Mental health can only be considered good when a person is using their ability to solve everyday problems, and is contributing towards the progress of society.

These key characteristics for the wellness of one’s mental health are highly affected by both the quality and quantity of social interaction. Several studies have shown that people who use social media for a prolonged time have more chances of suffering from anxiety, depression and other mental disorders.

This is mainly because the fake standards of social media cannot be met in real life. Several studies have shown that a certain level of protection of our mental health is from social interaction. Having a high-quality social circle can improve both mental and physical health along with mortality risk.

School-going children who spend most of their time in front of their mobile screens, using social media, and spend much less time on face-to-face social interaction are very much more prone to mental disorders.

They do not develop the ability to properly interact with other people. Such incapability not only proves harmful for their school life, but can also prove dangerous for their professional life.

In Ireland, almost one-in-three school-going children have some type of mental disorder.

The use of social media over a long time negates the need for certain human memory systems such as memory of facts. Rather than using their brain for remembering a fact, school children will use social media to find it. This shows how social media acts as a ‘transactive memory’.

Scientists have even predicted the volume of grey matter in certain regions of the brain by checking Facebook’s social connection of a person, but the same cannot be done with real-life social connections.

Increased usage of social media affects the prefrontal regions of the brain resulting in the reduction of the volume of grey matter in the anterior cortex.

The excessive amount of time that an average individual spends on online activities for searching can cause negative impacts on the memory retrieval circuits.

Such individuals tend to lose a memory almost as fast as they gain it. The brain’s memory storage capacity gets damaged.

The media multitasking facility of social media makes the brain switch between information sources very fast, which is another way that the brain loses cognitive control.

The relationship between brain development of school-going children and the usage of the Internet/social media was recently studied by comparing the brains of children with low Internet use versus those who were frequent users.

The results found out that children who use the Internet frequently face difficulty in developing verbal intelligence.

The latest imaging technologies have shed light on the structural changes of the brain when it is too exposed to social media or the Internet. One of the changes is the fact that the activity in the prefrontal region of the brain exhibits greater efficiency in people who engage in media multitasking.

Such activities lead to tired and exhausted right prefrontal regions. This exhaustion will decrease the sustained concentrating abilities of a brain.

The parts of our brain that process the ‘what’ and ‘where’ questions will not be of any use by the children who would focus on social media to get their facts.

Research has found that long-term usage of social media by school-going children will result in damaging cognitive development by reducing their interaction with both social and academic activities.

Such changes are also impacted when a child does not get enough sleep or participate in creative activities.

This review considered how social media is strongly affecting the neurological structures and mental health of our school-going generation. There is no doubt that while social media provides us with a faster way of getting knowledge, it also deprives us of ways to remember the same information.

Furthermore, the fake world of social media puts pressure on the vulnerable and impressionable minds of school-going children. Rather than focusing on their studies, they start to focus on being socially recognised. This can negatively impact their mental health.