Male LUTS due to BPO: Is there light at the end of the tunnel? 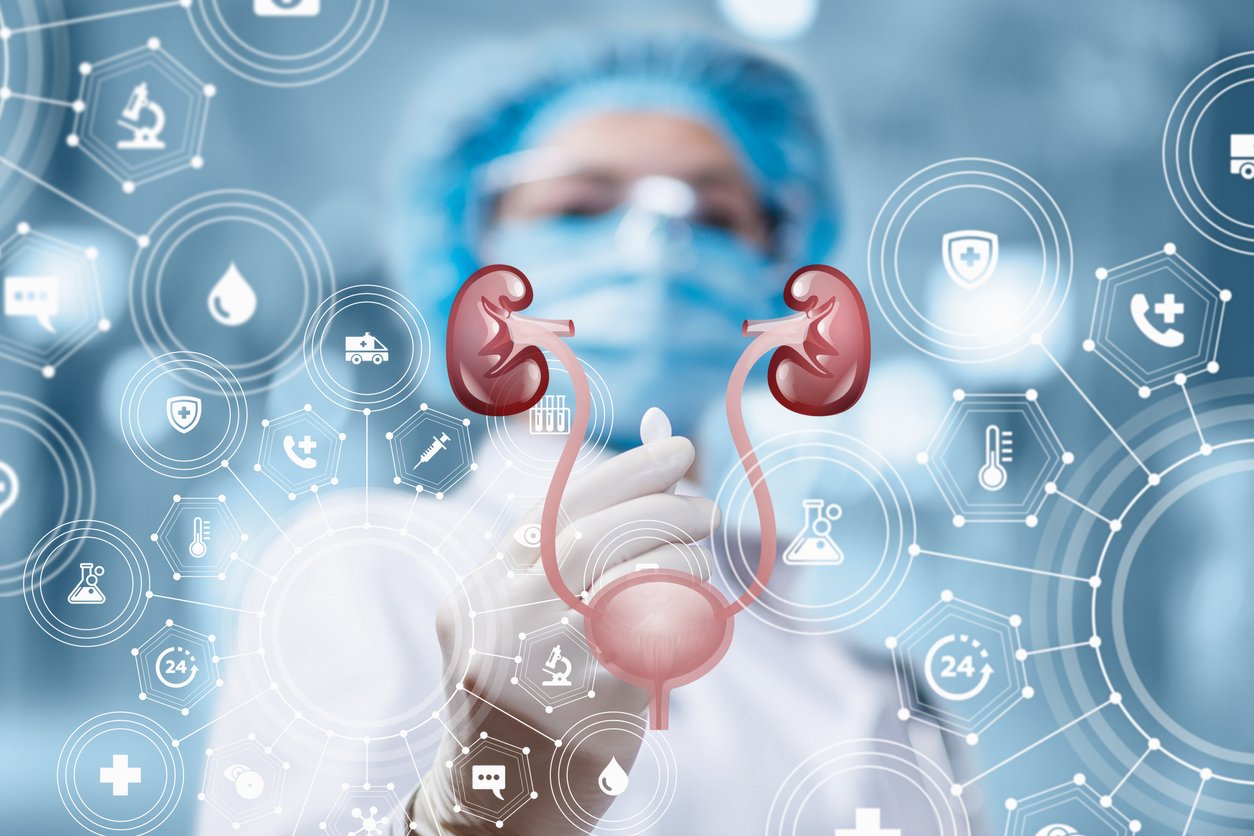 The concept of treatment of the urinary system with drugs.

Benign prostatic hyperplasia is one of the most common conditions affecting older men, with a range of successful treatment options depending on severity

Benign prostatic hyperplasia (BPH) can cause bothersome lower urinary tract symptoms (LUTS) that affect quality-of-life by interfering with normal daily activities and sleep patterns. It remains one of the most common conditions affecting older men, presenting a growing issue in our ageing population. BPH is the most common benign neoplasm in males. Autopsy studies estimate that 40 per cent of men in their 50s, 70 per cent in their 60s, and 88 per cent in their 80s will have evidence of BPH.

BPH commonly affects the transitional zone of the prostate, which encircles the urethra and thus leads to restriction of flow out of the bladder. This is termed benign prostatic obstruction (BPO). The prostate growth rate is an estimated 2.0 – 2.5 per cent per year in older men. Continued prostate growth is a risk factor for LUTS progression with advancing symptoms, and ultimately may culminate in acute or chronic urinary retention. Indeed, acute urinary retention is the primary indication for surgical treatment in 24-42 per cent of patients.

A large European analysis of family physician records found an overall prevalence of LUTS suggestive of the incidence of BPH being 10.3 per cent in men older than 45, which increased to 24 per cent at age 80.

LUTS in males can be divided into:

Symptoms seen in early BPH are nocturia and slower urinary stream, difficulty starting and stopping urinary flow or with sensation of incomplete voiding. Classically, when male patients over the age of 50 present with urinary urgency and urge incontinence, the concern is that we are dealing with advanced BPH as they may have also developed bladder dysfunctions. Men presenting under the age of 50 with voiding LUTS are unlikely to have BPH.

Urine dipstick and/or culture to rule out a urinary tract infection or haematuria. Perform a serum creatinine test (plus estimated glomerular filtration rate [eGFR] calculation) only if you suspect renal impairment (in case of a palpable bladder, nocturnal enuresis, recurrent urinary tract infections or a history of renal stones).

PSA has a useful role in the assessment of LUTS and has a good predictive value for assessing prostate volume and is a strong predictor of prostate growth. Men should be offered this test only after full counselling. Urinary tract infection (UTI) prior to a PSA test should be excluded and do not perform the test within a month of a proven UTI. A PSA test cannot replace a DRE and should always be combined.

Additional urological investigations to further confirm LUTS due to BPH

Uroflowmetry for urinary flow rate and post-void residual estimation. The maximum flow rate (Qmax) and pattern of flow are important to the urologist. There is less than a 30 per cent likelihood of bladder outlet obstruction due to BPO if the Qmax is greater than 15ml/s, but more than a 90 per cent likelihood if it is less than 12ml/s. Post-void residuals greater than 200ml may indicate a less favourable response to treatment.

The urinary frequency volume chart is advised in males with LUTS with a prominent storage component or nocturia. The International Prostate Symptom Score (IPSS) is helpful in quantifying LUTS and in identifying which type of symptoms are predominant. On follow-up, these scores can give accurate documentation of patients’ progression and deterioration. The deterioration of symptoms, especially frequency and urgency, may indicate development of an overactive bladder (OAB).

Cystoscopy is advised to perform in case of recurrent UTI, sterile pyuria, profound symptoms, pain or haematuria. Transrectal ultrasound is superior to transabdominal volume measurement. Assessment of prostate size and shape is important prior to treatment with 5α-reductase inhibitors and is also important for the selection of interventional treatment. Prostate volume predicts symptom progression and risk of complications.

Pressure flow studies should be offered to men when invasive treatment is considered. This can offer young men confirmation of a diagnosis when in doubt (BPO versus neurogenic bladder) or can offer clarity to elderly men with comorbidities when deciding on surgical intervention.

Management of LUTS due to BPH
The aim of treating LUTS should be to relieve symptoms and improve quality of life and to prevent progression of disease or development of complications.

Indication for referral to urologist for additional diagnosis and treatment

Trans Urethral Resection of the Prostate (TURP), the standard surgical technique for treatment of BPO, is the second most frequently performed intervention in adult male patients worldwide. Previously TURP was considered the gold standard. There are however some drawbacks and restrictions. Patients with very large prostate volumes and with excessive risk for perioperative and postoperative bleeding may suffer from major bleeding problems after TURP. Other possible complications like perioperative fluid resorption, postoperative strictures and postoperative incontinence have become less frequent thanks to better operative training and better equipment.

In cases of large prostates with a volume of more than 100ml, usually an open retropubic surgical prostatectomy (OP) is performed. Severe bleeding intraoperatively and postoperatively remains a serious complication. In addition to this, a significantly longer hospital stay and recovery makes it a less favourable, but sometimes necessary procedure due to the size of the prostate. Long-term results do not show recurrent growth of prostate adenoma as is seen after TURP.

The last two decades have been characterised by the introduction of several surgical alternatives to TURP using different energy sources to resect prostatic tissue. In TURP a monopolar electrical current is applied to cut through the prostatic tissue while using glycerine as irrigation fluid. Using bipolar resection with saline irrigation, a sequalae of fluid resorption and consequent TUR syndrome (a rare, but serious complication) are
avoided and it facilitates a safer resection of bigger prostates.

The major difference in alternative techniques is mainly based on the type of energy and the mode of delivering of this energy to prostate tissue.
Laser energy is now most commonly used as the energy source for prostate surgery today. The laser energy can be applied in different ways. Several techniques have been reported in the past but did not pass the test of time.
Presently, only two types of laser techniques are used:

Thulium laser (ThuVARP) or Greenlight laser (KTP): Laser for photoselective vaporisation of the prostate (PVP). The results of photoselective vaporisation of the prostate are somewhat disappointing: A very recent study in The Lancet showed that TURP and ThuVARP were equivalent for urinary symptom improvement (IPSS) 12-months post-surgery, and TURP was superior for Qmax. Anticipated laser benefits for ThuVARP of reduced hospital stay and complications were not observed. In an earlier study of KTP, results showed shorter operation times and in one randomised controlled trial comparison with TURP, volume reduction and
functional results were comparable to those of TURP. Nevertheless, longer-term studies are required.

HoLEP: Holmium: YAG laser enucleation of obstructive prostate tissue.
HoLEP removes all of the obstructive part (transitional zone) of the prostate leaving only the prostate capsule behind. This creates a maximum opening of the prostatic urethra. The use of laser energy during the procedure has a two-fold effect. Firstly, the laser energy together with the blunt cystoscope causes the adenoma to separate from the capsule, and secondly, seals all small vessels that are torn by this separation. Major bleeding during surgery of postoperatively does not occur (Figure 2).

After HoLEP surgery, the majority of patients can have their (post-operative) transurethral catheter removed the next day and return home. Usually, the postoperative complaints in the first six-to-eight weeks are similar to those seen after TURP. After three months, the results in both
objective and subjective parameters are superior to TURP.

Long-term results are also more sustainable than after TURP. Conventional TURP or laser vaporisation often leaves residual prostate adenoma that can give rise to recurrent growth of the prostate adenoma many years later.
These patients often present with painless gross haematuria, recurrent LUTS, elevated PSA or retention of urine and need second surgery. To overcome the problem of recurrent adenoma, transurethral enucleation procedures would be the surgical treatment of choice. After HoLEP the prostate capsule is not able to grow and therefore adenoma growth over the years, as is seen after TURP, does not occur.

Bigger sized prostates of 100-200mL, in experienced hands, can also be treated by HoLEP. In randomised studies, the results of HoLEP have proven to be equal to an open prostatectomy without the complications of severe bleeding with quicker recovery and removal of the transurethral catheter.

HoLEP is at least as effective as other surgical therapies, including TURP, open prostatectomy and other laser modalities, with fewer complications, shorter hospital stays, and decreased catheter time. These benefits make HoLEP the procedure of choice for men seeking surgical relief for BPH-related LUTS and the gold standard for the 21st Century.

Dr Michel de Wildt has over 20 years’ experience in performing BPH treatments in the Netherlands. At the start of his career, he acquired a PhD after four years of research and he published a number of peer reviewed articles on a novel treatment for BPH (https://pubmed.ncbi.nlm.nih.gov/?term=de%20Wildt%20MJ). In 2015, he was the first urologist to introduce the HoLEP procedure in the Netherlands.

He recently immigrated to Ireland to life with his Irish wife and children and is now the first to introduce the HoLEP procedure in the Republic of Ireland.