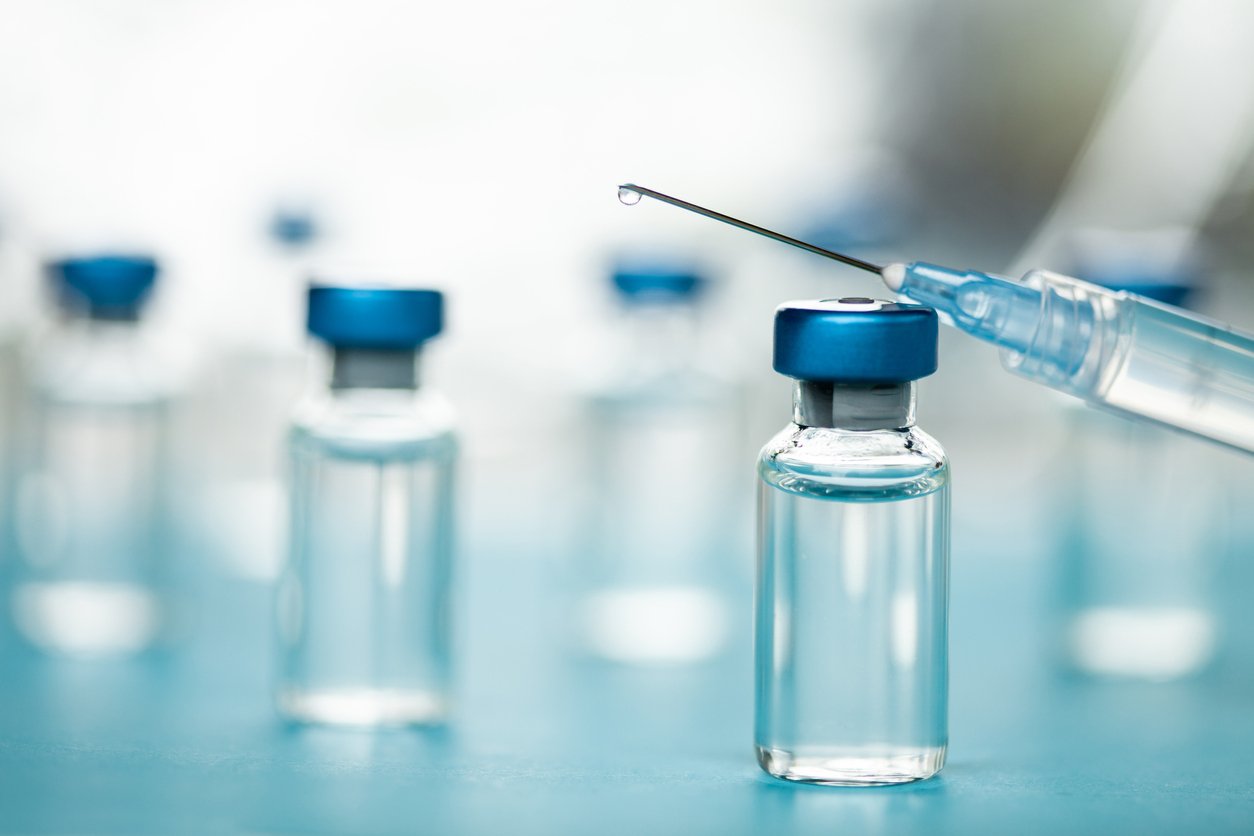 Vaccine, injectable medicine or drug vials and syringe close up in blue tones

The introduction of nutritional screening as part of winter flu vaccination appointments for over-70s has been recommended by the Irish Society for Clinical Nutrition and Metabolism (IrSPEN). In its 2022 Pre-Budget submission, IrSPEN, supported by the Irish Nutrition and Dietetic Institute (INDI), has called for a pilot scheme integrating a five minute nutrition screening for over-70s as part of the winter jab appointment.

IrSPEN Director Niamh Rice said the potential to identify patients before weight loss or changes to nutritional status is
high, given that the prevalence of malnutrition is estimated to be at least 15 per cent in over-70s, and likely to be even higher in those presenting for flu vaccination.

“Screening, while waiting for vaccination or in the 15-minute wait post vaccination, offers a low cost, but highly cost-effective means of ensuring that patients at nutritional risk can be identified at a convenient point with the primary healthcare team, with minimal additional staffing cost other than training and initial piloting.

“The cost of treating a malnourished patient is three times that of a nourished patient, and so it makes economic sense
to identify any risk of malnutrition and treat it early. There is potential for lower healthcare utilisation, reduced burden on our GP services as well as improving the wellbeing and independence of many people.”

IrSPEN’s submission also called for improved early access to nutritional care for cancer patients – with a recommended investment costed at €1.7m per annum. This would fund 19 full-time dietitians to address gaps in dietetic services, and allow an estimated 9,000 assessments and follow-up reviews for chemotherapy patients (which would cover 25–30 per cent of chemotherapy patients annually).

Thirdly, the submission called for a Specialist Intestinal Rehabilitation Unit for adult patients in Ireland at a cost of €1.8 million in 2022 and €4 million per annum from 2023. Patients with intestinal failure (IF) are a highly complex patient group for which specialist care in a high-volume unit is critically important. IF is most often caused by short bowel
syndrome, which occurs when people have had half or more of their small intestine removed for a variety of reasons and also may be caused by digestive disorders, such as Crohn’s disease or chronic idiopathic intestinal pseudo-obstruction syndrome, which causes the bowel to malfunction, or occasionally from the effects of radiation therapy to the abdomen.

Most patients can be managed at home using home parenteral nutrition (HPN), however, each year, between 80 and 100 patients in this country develop severe acute IF, which lasts for more than 28 days and multiple hospital admissions may be required. In the home setting, the major risk of HPN through an implanted central line is infection, which may be associated with severe sepsis with possible life-threatening risk.

The submission recommends establishing a dedicated unit at St James’s Hospital, Dublin (linked to the national paediatric specialist unit at Our Lady’s Children’s Hospital) within a hub and spoke model, with units in Cork and Galway, based on successful models in the UK and Europe. An initial eight acute beds would serve a caseload of up to 50 patients with IF per year, which is equivalent to an estimated 50 per cent of the needs based on new patients, allowing for a phased development over three-to-five years.

IrSPEN Director and Consultant Gastroenterologist, Dr Cara Dunne, who provides care for IF patients transitioning from the specialist paediatric centre to adult services at St James’s Hospital, says it is now urgent that the service is expanded to address the needs of adult patients.

“It’s now eight years since IrSPEN first issued its report highlighting our inability to manage these patients safely within non-specialist centres. Each year, we estimate that there are at least 12 avoidable deaths that could be saved if they were treated within a specialist unit similar to that in the North of Ireland, the UK, and the vast majority of European countries.”

The full pre-Budget submission is available at www.irspen.ie