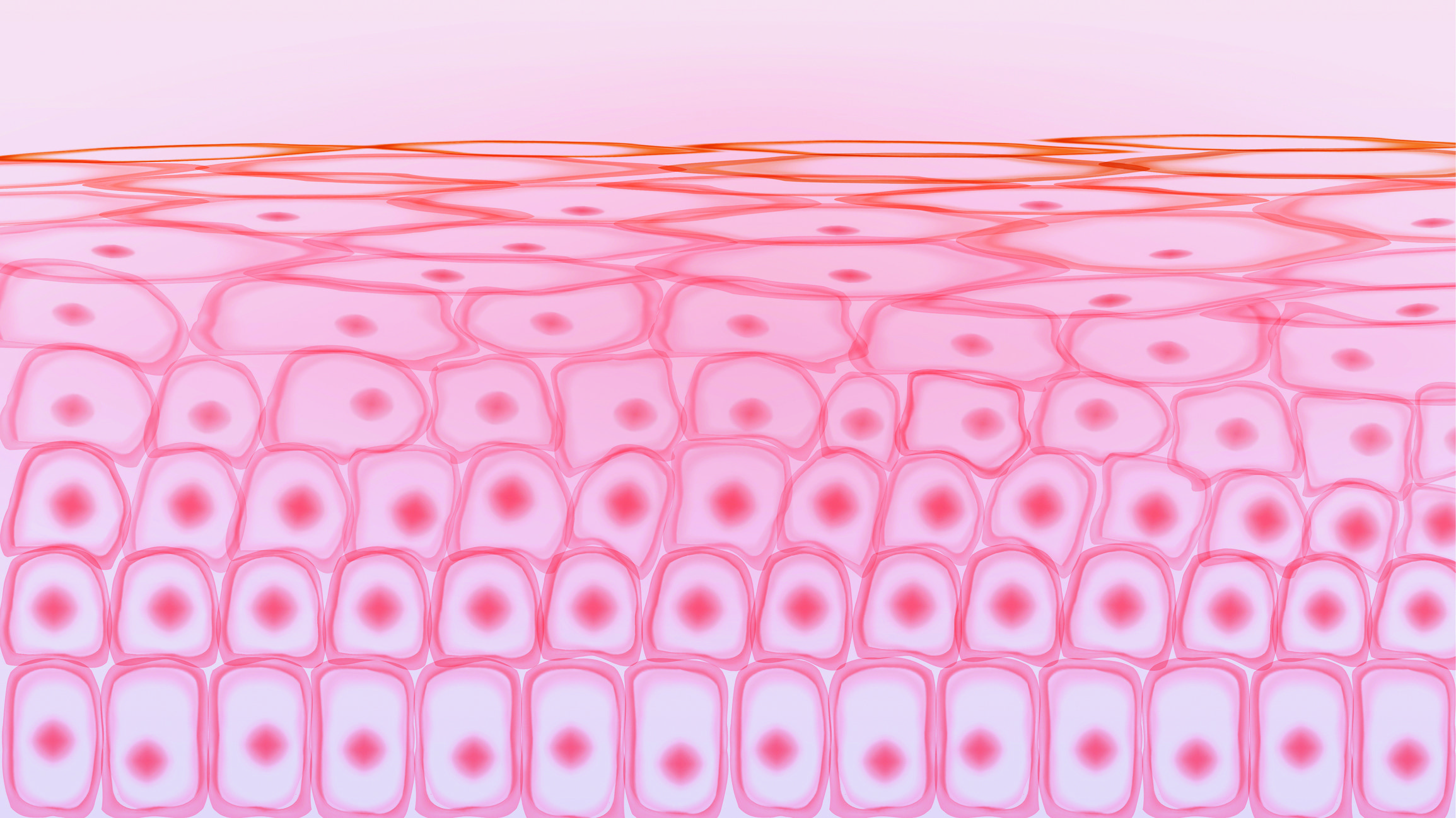 Attendees at UCD’s Charles Institute Seminar Series recently heard a presentation from Assist Prof Oliver Harrison of the Benaroya Research Institute, who spoke about the characteristics of tissue repair at the cellular level

The series, which was sponsored by RELIFE (part of the A.Menarini group), is designed to provide expert advice from a range of distinguished national and international experts in their respective fields and is chaired by Prof Desmond Tobin, Full Professor of Dermatological Science at UCD School of Medicine and Director of the UCD Charles Institute of Dermatology.

The seminars are broadcast to attendees with a special interest in dermatology in other locations, who access the talks remotely via an audio-visual link. Attendees heard a presentation from Dr Oliver Harrison, Assistant Member at the Benaroya Research Institute, and Affiliate Assistant Professor at the University of Washington Department of Immunology in the US, who spoke on the topic ‘Commensal-Specific T-Cell Plasticity Promotes Rapid Tissue Repair’.

He explained that barrier tissues, like the skin and gut, are primary targets of environmental stressors and contain the largest number of antigen-experienced lymphocytes in the body. These include those that recognise the commensal microbes that reside on skin.

Dr Harrison’s research has shown that skin-resident, commensal-specific T-cells harbour a hybrid differentiation profile, distinct from T-cells that are specific for pathogens. He explained that commensal-specific T-cells co-opt tissue residency and cell-intrinsic flexibility as a means to promote both local immunity and skin adaptation to injury.

Dr Harrison told the seminar: “As meta-organisms, we are more than just human… the cells in our body number in the trillions but are actually significantly outnumbered by the bacteria that reside within us and on our body’s surfaces, mainly at barrier sites, such as the skin, gastrointestinal tract and oral mucosa.

That really doesn’t do justice to how heavily we are outnumbered, because there is only a consensus of the bacteria that reside within and on us; the commensal microbiota also consists of fungal and viral species and very little is known about those… but the weight of any body’s microbiota on any given day is around 1.3-2.3 kg in weight.”

Dr Harrison provided an overview of the work conducted alongside his colleagues to examine distinct immune responses to a number of distinct commensal bacterial isolates cultured from either healthy humans or humans with inflammatory skin diseases or a number of mouse model organisms.

“To summarise from work over the past five or six years, we have been able to implicate a number of different common human skin commensals in driving very distinct immune cell subsets.”

He continued: “We have identified a role for Candida albicans, for example, as a skin commensal driving Th17 or IL-17A producing CD4+ T-cells and Staphylococcus aureus, particularly those isolated from the skin of children with atopic dermatitis, as being able to drive de novo Th2 or IL-13 producing CD4+ T-cells in the skin.”

Dr Harrison discussed Staphylococcus epidermidis and its ability to drive what he described as “a quite unusual CD8+ T-cell response in the skin” and provided an overview of how distinct microbes activate specific cell subsets. Using laboratory mice with their own specific microbiota, Dr Harrison and colleagues applied a bacterial ‘broth’ and isolated the immune cells from tissue to evaluate the presence or absence of immune cell populations.

“We saw a very marked increase in the CD8+ T-cells in the skin of these mice, but this actually happens in the absence of any markers of canonical inflammation… we did not see any histological changes in tissues when an immune response is being mounted, nor did we see any of the classic markers of inflammatory cells, such as neutrophils or monocytes, and yet at the same time we saw a pronounced CD8+ T-cell response, and that’s something we were really interested in.”

He and his team set about isolating T-cells from tissue and specifically sought to isolate cells that may be able to recognise antigens or epitopes derived from Staphylococcus epidermidis. He provided an outline of the tools they developed to analyse this and determine where exactly immune responses were taking place.

“What we could see is that these cells set up long-term residence around the hair follicle, so now we are trying to understand through better-resolution microscopy how these may be interacting with other immune cell populations, but also the other myriad stem cell and progenitor-like populations that make up the hair follicle,” said Dr Harrison.

Briefly describing some of his findings, Dr Harrison told the seminar: “When we have a control animal that has functional Tregs cells, we get very little detectable IL-5 protein production from either CD8+ or CD-4+ T-cells, but when Treg cell function is impaired and immunoregulation is not performing as it should, these cells start spontaneously producing IL-5 and IL-13 protein.

That tells us that in some way, the poised potential of these commensal-specific cells is being controlled in trans; how that works is the million-dollar question, and that is something we are trying to dig into now.”

On responses to tissue wounding, Dr Harrison told the attendees that when tissue was injured using a biopsy punch, he and his colleagues were able to turn on the production of IL-5 and IL-13 and he outlined a model with three distinct wound-healing phases — inflammatory, proliferative, and remodelling.

“We were really interested in the proliferative stage. This is where the wound bed starts to re-close beneath the scab and the keratin layer starts to re-epithelialise,” he explained. “That’s a metric that we can actually quantify by using confocal microscopy and basically measure the rate at which this wound bed re-epithelialises.”

This work emphasised the importance of commensal T-cells in accelerating wound-healing, but Dr Harrison and his team wanted to investigate whether the poised type 2 axis was playing any role in the immune response.

“We did this very simply by asking, if we block IL-5 or IL-13 during wounding, does this abrogate the accelerated response we see by pre-colonisation by Staphylococcus epidermidis,” he told the seminar. “I can tell you that blocking IL-5 does nothing, and we are still trying to figure out what IL-5 is doing in this scenario, but when we block IL-13 with a monoclonal antibody, this has no effect in naïve or homeostatic mice.

However, in those mice that have been pre-colonised with Staphylococcus epidermidis, the blockade of IL-13 impedes or completely blocks the accelerated wounding response, suggesting to us that type 2 immunity is indeed important for this accelerated tissue repair.

“In the context of tissue damage and injury, we have commensal-specific T-cells that are responding to injury and inflammation and they are actually contributing to accelerating wound repair in the skin,” Dr Harrison concluded.

“Pulling this together, we have the idea that under homeostatic conditions, we have commensal-specific T-cells that are long-term resident in the skin and some of these are actively bolstering the barrier by reducing IL-17a, and some are poised, or waiting, to respond to tissue injury.

We think that in a number of contexts, the response to this is sensing local IL-18, and we think that is actually coming from Langerhans cells, and it is that IL-18 acting directly on those CD8+ T-cells that rapidly produces IL-5 and IL-13. We think this is important, because that’s actually a very rapid way of producing these very potent cytokines that are involved in wound repair and actually abrogates the need for developing a de novo TH2 response, which in many settings is actually pathogenic in the skin.

“The flip-side of this is that if this response occurs in the absence of immune regulation, you get spontaneous licensing of this poised phenotype into production of IL-5 and IL-13.”

During a lively Q&A session, Prof Des Tobin discussed the involvement of the Langerhans cell in these processes, because of their perifollicular concentration, “and we know that the upper hair follicle is very well represented with Langerhans cells…”

In terms of IL-18, Prof Tobin asked: “In your work with IL-18, do keratinocytes upregulate the antimicrobial peptides directly from IL-18, or is that only indirectly after IL-5 is upregulated?”

Dr Harrison responded: “We are still trying to figure out what exactly IL-5 is doing and some of the genes at whole-tissue level are influenced in wounds that have IL-13 present or absent. A lot of that is to do with extracellular matrix reorganisation and smooth muscle contractility, and those responses are dependent on IL-18 hitting the T-cells to elicit IL-13. We have not been able to detect a role for IL-18 directly on keratinocytes, but we [in our work] have been very T-cell centric, so it is possible that we missed it.”

He continued: “I think you are right that this kind of ‘SOS system’ is very useful, for two reasons: One is that these commensals are present all the time, so they do not really distinguish what the damage is.

The antigen to trigger these T-cells is commensal, so if that is getting across the barrier and that is in the wrong place and is associated with damage signals, this response will occur, whether it’s [skin insults from] sand flies or wounding, or any of those other signals.

“Coming back to IL-18, it’s important to remember that this protein is translated but is then proteolytically-cleaved upon inflammasome activation and then released, so none of this requires de novo IL-18 gene transcription at any point; you just need the release of IL-18 locally.”